Cell C said on Tuesday that it is making “good process” in what it calls a “complex recapitalisation” aimed at ensuring the financially troubled mobile operator survives the debt noose around its neck.

Discussions to seek alignment among all stakeholders are being held and term sheets must still be concluded, the operator said in a statement.

“The focused company strategy and correctly capitalised balance sheet will lead to better leveraging of assets,” it said.

“The South African mobile market is in a mature phase and the long-term growth of the industry in general, and players such as Cell C in particular, will be determined by the ability to deliver innovative service offerings while assessing over-investment in capital-hungry infrastructure.”

CEO Douglas Craigie Stevenson said: “There is a belief in Cell C’s long-term prospects, and the new leadership team is focused on the journey to turn the company into a profitable, innovative player in the local telecoms industry and is confident the organisation will overcome its challenges.”

The Cell C statement comes after its largest shareholder, Blue Label Telecoms, told investors on Tuesday that the operator had again defaulted on repayments related to a US$184-million note, which was due on 2 August.

“Cell C has today notified its noteholders that is has defaulted on the payment of capital on its $184 002 000 note … as well as interest and capital repayments related to the respective bilateral loan facilities between Cell C and Nedbank, China Development Bank, the Development Bank of Southern Africa and Industrial and Commercial Bank of China, which were due in January and July 2020,” Blue Label said. The company issued a similar statement in January related to the same note.

Blue Label said that none of the bilateral loan facilities has been accelerated as noteholders are “aware and support” that Cell C is committed to resolving its financial woes by agreeing to restructuring terms with its lenders while it continues to “work proactively with all stakeholders to improve its liquidity, debt profile and long-term competitiveness”.

“While a new recapitalisation is being negotiated, there is an informal debt standstill and debt payments have been suspended,” it said.

“Although Cell C’s lenders are entitled to call up the entire debt owed, they have not accelerated debt payments and have held off on taking action in order to facilitate a commercial solution. The non-payment is not a surprise to lenders that understand the Cell C turnaround strategy.”  — © 2020 NewsCentral Media

If they kept the basics of customer service, they might not be in the dwang. I sung their praises for a while, I’ll tell people how they treated me for longer.

What is it ? Good progress or defaulting on payments ?? 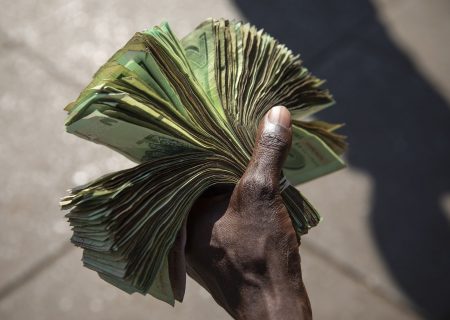