2022’s retail outlook: ‘It’s going to be a tough year’
Why you need to be prepared for a shocking US inflation number
Woolies, Spar taking strain, while Shoprite has the winning formula
CLICK THIS COMPANY MORE COMPANY NEWS SENS
SPAR 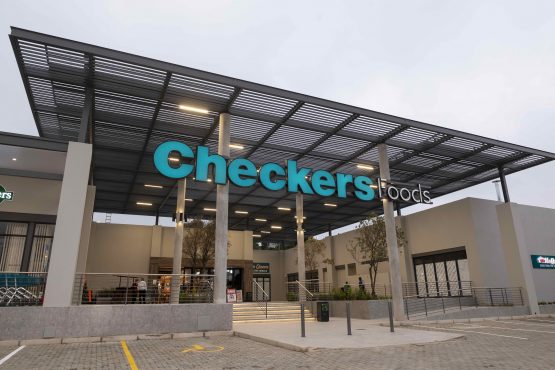 Checkers is ramping up its battle with Woolies for a share of the wallet of higher income shoppers. Last week, it opened its first smaller format Checkers Foods in Weltevreden Park in northwest Johannesburg. Another three stores will open early next year in Ballito, Westlake (next to Steenberg in Cape Town) and Franschhoek.

All four of these locations are indicative of exactly the kinds of neighbourhoods and towns Checkers is targeting with this push.

Read: Checkers vs Woolies over the last decade

Previously, the size and economics of even the smallest of its Checkers supermarkets could simply not work in these areas. For a start, there was often no available retail space for a store of 2 000m2 or less, and the demand in many of these types of communities was not sizeable enough for a supermarket to trade profitably. In Franschhoek, for example, there are just two supermarkets: a smallish Pick n Pay (franchise store) and a Woolies Food. Checkers is betting that it will be able to capture its fair share of shoppers in that community with an upmarket convenience offering.

The new Checkers Foods format is around 1 200m2 – comparable to a medium-sized neighbourhood Woolies Food store, where you probably don’t (and can’t) do your monthly shop.

It has an obvious focus on fresh food and its convenience ranges target lunch, braai, and dinner as well as emergency purchases.

There are standard, albeit smaller butchery, bakery, ready-to-eat and fresh food (fruit/veg) departments as well as a Starbucks counter and a wine cellar in the Weltevreden Park store. Grocery ranges are relatively comprehensive, but with a limited number of brands and products in each category.

The first Checkers Foods store is about half the size of one of the new-generation FreshX stores (such as the 2 800m2 Chartwell Corner store in Dainfern, which opened last month) and nearly three times smaller than one of the group’s older supermarkets.

It was always a matter of time before the Shoprite Group extended the Checkers proposition to smaller stores.

It was never going to be able to sustain its above-market growth and store rollout plan by only opening ‘standard’ supermarkets and higher-end Fresh X stores. Until recently, the group’s only convenience-type offering was through its OK Foods franchise division. However, this generally targets a different customer to Checkers and would typically be found in middle income communities and smaller, more rural towns. The pace of Checkers store rollouts in recent years provides some clues as to why the group had to extend its offering into the convenience segment.

Since 2018, it has opened six or seven Checkers stores a year. This suggests there aren’t that many markets left where large stores can be built. Already, its next generation stores are far more compact, with the same selection in space that is around 70% that of older stores. Adding four Checkers Foods stores in just a few months offers some indication of how aggressive the group may be in the next few years at it enters this space.

For the first time, it will now be competing head-on in many markets with not only Woolworths Food, but also Spar (and sometimes Pick n Pay) for a share of the convenience wallet.

The current store footprint of rivals shows what’s at stake …

At the end of June, Woolworths Food operated 194 standalone food stores (not Food departments that are part of larger clothing stores, typically in malls). Of these, there are likely more than 50 that aren’t in direct competition with Checkers in their catchment area. This is what Checkers Foods is targeting.

Meanwhile, Spar has 918 stores in South Africa, spanning the Superspar, Spar and Kwikspar formats. This push by Checkers puts it squarely up against the core Spar proposition (there is likely already a Checkers near every Superspar, while Kwikspars generally serve very small communities or towns). Here, the number of Spar stores not competing directly with Checkers is probably around 100.

And what of Pick n Pay? It has typically relied on franchise (Family) supermarkets to address the convenience market. The group has around 284 franchised supermarkets in South Africa, but many of these are larger stores. These are similar to Spar in that they’re owner-operated and the group has limited control of the shopping experience in these stores (although some may argue that it is better!). One wonders if new CEO Pieter Boone will tweak this strategy at all …

By the end of next year, we will have a clear view of just how aggressively Shoprite is going after this segment of the market with Checkers Foods.

Any bets on the group rolling out close to 20 of these stores by the end of 2022?