Checkers FreshX to compete with Woolworths On Tuesday, Africa’s largest supermarket retailer Shoprite posted an impressive performance for the 53-week period ended July 4, with headline earnings per share from continuing operations increasing by 20.3% to 956.3 cents from 794.7 cents in the previous period. The group’s performance was boosted by an increase in supermarket sales and gross margin.

The group’s trading profit increased by 24.9% to R10.3 billion and sales of merchandise rose by 8.1% to R168 billion, resulting in a 28-month run in continuous market share gains and the improvement of the gross profit margin by 55 basis points to 24.5%.

The group further declared a record full year dividend increase of 42% to 544 cents, up from 383 cents in the previous period.

The group reported ambitions to penetrate the premium food retail market by accelerating the growth of its Checkers Fresh Food Theatre, also known as FreshX, from 41 stores to a target of 80 stores in 2022. The Checkers FreshX stores will be competing with Woolworths, which has a tight grip on this market.

“In terms of Fresh, we are very happy to report that it still gained some market share of over R204 million in the Checkers market and [regarding] the innovation around Simple Truth, I’m very happy to say that recorded double-digit growth and we also added to that our own developments around plant-based protein and products,” Shoprite CEO Pieter Engelbrecht said in a webcast.

Sasfin Bank senior equity analyst Alec Abraham says the group will have a hard time penetrating the premium food retail market because of Woolworths’ undeniable dominance in the sector.

“As far as I’m concerned, none of the retailers in South Africa, not Checkers, not Spar, not Pick n Pay can hold a candle to Woolworths in term of one, their quality and reputation quality; two, their shopping experience, three, their food innovation in the business and increasingly so, Woolworths’ price perception in the market,” Abrahams told Moneyweb.

“So I believe that if Checkers takes market share, that market share will come from Pick n Pay and Spar, rather than from Woolworths,” he added.

Unlike fashion retailers and the hospitality sector, supermarket retailers have been largely unaffected by harsh Covid-19 lockdown restrictions because of the essential service classification placed on grocery stores.

Shoprite’s core South Africa supermarket segment reported strong sales growth of 9.3% to R133.9 billion, despite seeing its  LiquorShop stores being closed for 144 trading days of the year, as a result of Covid-19 lockdown restrictions banning the sale of alcohol.

The group further reported strong growth in its furniture segment, which houses brands like OK Furniture and House & Home. Sales in this segment were largely boosted by increased consumer spending on furniture and electronics to adapt to the work-from-home trend that was adopted at the onset of the covid-19 pandemic and the lower base created in the fourth quarter of the previous year as a result of Covid-19. Sales in this segment increased by 24.6% to R6.8 billion.

The group reported a 7.5% decline in sales to R15.5 billion for its supermarkets outside of South Africa. This decline was impacted by the Shoprite’s decision to withdraw from Madagascar and Uganda in August 2020 and the further discontinuation of operations in Kenya and the selling of their Nigerian supermarket business.

“The region remains challenging, but our capital allocation review coupled with various in-country initiatives has resulted in improved profitability,” Shoprite said in a statement.

Shoprite says it has received binding offers for its operations in Uganda and Madagascar and it hopes to finalise the deals by the end of 2022.

The retailer also took the decision not to reopen six stores of the 231 stores severely impacted by the civil unrest seen in KwaZulu-Natal and Gauteng in July.  The group has since opened 148 stores and is still to open 83, 47 of which suffered significant fire damage.

Woolworths has hiked it prices to ridicolous levels trying to ride on its quality mantra. Paying R100 for two feee range lamb chops, R50 for a small packet of bacon and R5 for a single banana is taking the p1ss. And dont get me stasrted on their roast (baby) chicken that have miracously shrunk to half the size at twice the price!!

Woolworths’ “dominance” can easily be broken if Checkers can provide the same quality at a lower price (which I believe they can do). So to Alec Abraham I say, who remembers the “dominance” of Blackberry…

Cannot agree with Alec. Checkers quality is just as good as Woolies and cheaper. Not sure if I understand the reference to shopping experience as, to me, grocery shopping is grocery shopping. You buy what you want and you leave the premises. In this respect, Checkers have everything I need and more variety than Woolies. I must also complement that cashiers. They are polite and efficient.

I agree. WW quality may be great but so often they are out of stock. Checkers never has that problem,

There is a real challenge for Checkers here; Woolworths delivers fresh (and other) goods to their stores daily and before 09:00 when the doors open. No other retailer in SA can do that. The reason, the others have too many stores. So if Checkers wants to compete with freshness and quality, they need to he able to deliver daily to stores. To solve this, I suggest Checkers ring-fence their ‘quality’ Checkers stores, and manage daily deliveries the same way WW does. The challenge for them here is to show consistency across all Checkers brands. I therefore also suggest they re-brand upmarket Checkers stores to something else – perhaps the new Fresh concept they drive is this strategy. So keep an eye on them. 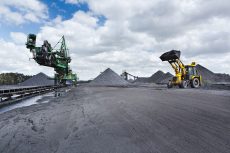