The company to hold its first official meeting since delaying the publication of its 2018 results.
By Mbongeni Mguni, Bloomberg 28 Aug 2019  14:55 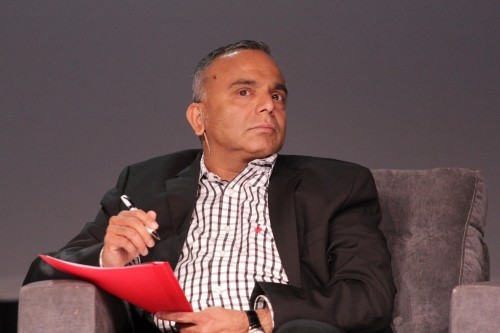 Suspended Choppies CEO Ramachandran Ottapathu is facing allegations of misconduct but says he is confident investors will back him when the company holds its EGM next week. Picture: Moneyweb

Ramachandran Ottapathu, the suspended chief executive officer of Choppies Enterprises, is confident investors will back him at a meeting next week amid allegations of misconduct and violations of the law at Botswana’s biggest grocer.

Shareholders will vote on the board’s composition, which pits Ottapathu’s nominees for non-executive directorships against the incumbents, backed by the chairman, who are all seeking reappointment.

The EGM would be “the first step in the right direction,” Ottapathu said in an interview Monday in Gaborone, the capital. “We have said what our plan for the group is, the other side has not. Choppies needs to address issues in North West province in South Africa and put in some working capital there and in Kenya.”

The EGM will be the first official assembly since the food retailer delayed publication of its 2018 earnings. That was after PricewaterhouseCoopers raised concerns about “matters relating to the current and earlier financial periods.” Trading in the company’s stock on the Botswana Stock Exchange and South Africa’s JSE has been suspended since November 1.

Ottapathu, who denies any wrongdoing, was suspended in May.

In a lawsuit in July, Ottapathu, who holds 20% of Choppies’ stock, provided written proof that he had 63% of shareholders’ support, including major institutional investors. “It’s still a great company but there’s value destruction by a dysfunctional board,” he said.