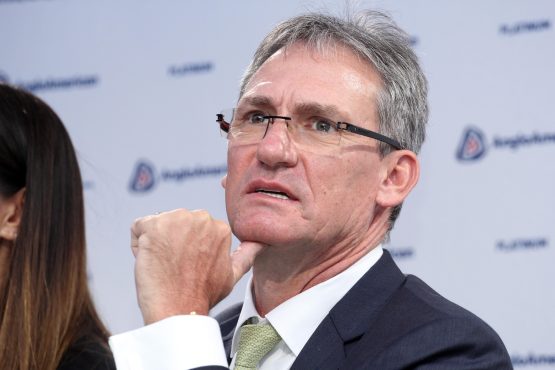 Griffith served as the executive director of Amplats for more than seven years and overall for Anglo American for over 30 years. He’s stepped down to pursue other career opportunities, according to an Amplats Sens on released on Monday morning.

The group says he will continue to serve the company until April 16, 2020.

Norman Mbazima, Amplats Chairman, expressed his gratitude towards Griffith. “His exceptional contribution to improving safety and the operational and financial turnaround of the business has produced excellent results.

“The focus on innovation and developing diverse markets for our range of metals, see Anglo American Platinum well positioned to continue growing from its current position of strength,” says Mbazima.

Griffith said he enjoyed the significant challenge of leading one of the world’s great precious metals businesses over the last seven years.

Griffith said it has made tremendous progress on many fronts, “from safety improvements to successfully completing the significant restructuring and repositioning of the portfolio of assets, which continue to deliver industry-leading returns”.

“After more than seven years at the helm, and given all that we as a team have achieved, this is now the natural time for the next generation of leadership to take this business forward and deliver further value,” Griffith says.

The group said his successor, who is expected to be an internal candidate from within the Anglo American group, will be announced in the near future.

Knowing Chris there is a whole lot more to this than a mere resignation !!!!

Reminded of that time Koos Bekker took “leave” for a year or so.

Not sure on same page..nothing happened to Koos…Chairman of Naspers to this day

There’s more to this, its just a matter of time the truth will come out

Anyway for now all the best to him

As a former Anglo-American employee in rsa, thank you very much to him for the great leadership,commitment and sheer dedication he had for this company, he and Mr cutifani really made every anglo employee feel safe and motivated to do their jobs to the best of our abilities, under their leadership we were soared to greater heights, I wish him well and all the best in his next challenge.

I don’t blame him, the damn unions have given him hell for the last few years. But as has been mentioned there is more to this than just a resignation.

I am amazed that any of the big mining COE’s have stuck it out, having to deal with racist unions is enough to drive you nuts.

There are no more career options worth persuing after being CEO on an Anglo Company.