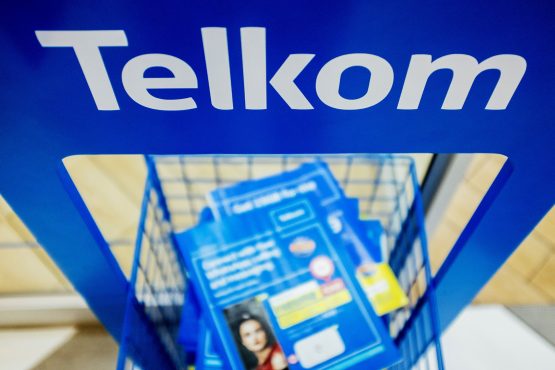 Affected customers will automatically be included in the action unless they specifically opt out. Image: Waldo Swiegers, Bloomberg

A class action suit has been filed in the Gauteng High Court against Telkom and its insurance provider Mutual & Federal Risk Financing, which is part of the Old Mutual group, over claims that Telkom clients were routinely overcharged for insurance.

One of the claimants, Nozipho Mkubu, signed up as a Telkom Mobile client in October 2019 and agreed to a monthly charge of R132.45. When the full policy documents were provided, the insurance amount had been bumped up to R151 a month. When the Telkom invoice arrived, the amount charged was R152.32, a still higher overcharge of nearly R20 a month.

This may seem like a rather trivial oversight – and Mutual & Federal Risk Financing admits there was an overcharge due to a system error and affected clients are being reimbursed – but the figures could run into hundreds of millions of rands if the overcharge was applied to all Telkom Mobile customers, according to Gareth Miller, the driving force behind the class action suit.

“System errors – such as that claimed by Mutual & Federal Risk Financing – lend themselves to class actions, as they apply to everyone in the system,” says Miller.

As we have argued in our court papers, this is a system error, whether intentional or otherwise, that runs much deeper than is being admitted. We don’t want to be brushed off with a dismissive comment that it only happened to a few customers and they are being repaid. We want full transparency and recompense from Telkom and its insurer, Mutual & Federal.”

The applicants want an independent auditor to assess the extent of the overcharge, which Miller says could involve more than 100 000 customers.

Read:
Telkom sees 40% surge in mobile service revenue
Telkom’s mobile growth continues unabated – up 36% in Q1
Telkom is wrong – there is no market failure in mobile

Once a customer agrees to take out device insurance with Telkom, an in-store contract is signed reflecting a monthly insurance amount to be deducted by debit order.

All the applicants in this case say the full policy document reflected a higher insurance amount than was agreed in the in-store contract.

The customers then receive their Telkom statements, which again reflected a higher amount than was agreed in either the in-store contract or in the full policy document.

Though just five people are listed as applicants in this case, this figure is expected to run into tens of thousands of customers – and possible many more – who will automatically be included in the action unless they specifically opt out.

The applicants are being represented by Advocate Douglas Shaw, with litigation funding being provided by Miller. The case was filed in the Gauteng High Court in June.

“Despite the fact that the overcharging has been ongoing for a number of years, Telkom and Old Mutual Insure only decided to take action [by offering to refund clients] after the class action was lodged at the High Court,” says Miller.

“Telkom and Old Mutual have agreed that there was a system or wording error on the in-store contract, which effectively equates to the document failing to show a Vat [value-added tax] amount of 14% [the Vat rate increased to 15% on April 1, 2018].

“After consultation with Telkom and Old Mutual Insure, they acknowledged the overcharge and have agreed to refund their customers. This is great news.

“What we now need to know is how extensive was the system error and whether it applied to all clients and, frankly, this is something that the auditors – and not us – should have picked up.”

Shaw and Miller have advised Telkom Mobile customers to inspect their Telkom statements and compare the insurance premium to the agreed amount reflected in the in-store contract. Enquiries can be directed to insurancerefund21@gmail.com.

If the overcharge is endemic to the entire customer base, this would amount to R39 million that may be erroneously reflected as profit.

However, the overcharge may apply to a much longer period, says Miller, resulting in an overcharge potentially running to hundreds of millions of rands.

“We can confirm that court proceedings are currently underway, and we are involved in a legal case. The matter involves Telkom, Mutual & Federal Risk Financing Limited and five individuals. We can provide you with further detail on the matter once we have served and filed papers in response to the application.

“At this stage, we can confirm that the case pertains to a system error that affected the premiums collected from customers. The system error was rectified as soon as we learnt about it and the affected customers are in the process of being reimbursed.”

Telkom has changed things for lower income South Africans. They have made data affordable for the poor. Data is 60%-80% cheaper than Vodacom/MTN/CellC.

Most people in the townships keep 2 SIM Cards. A Vodacom/MTN/CellC SIM card for calls and a Telkom SIM Card for data.

Township hearsay.I am sure you’re completely incorrect about present data prices. Just checked their website, not a very user-friendly one, but others are hardly better.
Prepaid 5+5 Gb, valid for 30 days R299. Was R 99 for 5+5 valid for 60 days, Telkom network only in Jan this year. I thought their new tower in this area was finally working, already put up in Aug 2020. But I was wrong, even in another town with Telkom network, I was not highly impressed with their LTE speeds.They used to have a very attractive prepaid fee plan SIM Sonke, but they got rid of it about a year back.
Their contracts for mobile and fibre data might look very attractive, but I would never sign a contract with them. My Broadband, and other media have been full of people complaining about irregular extensions or price rises of their contracts. Often impossible to cancel contracts.It took me three months regularly calling their call centre, and visiting their shop 50 km down the road from me, to cancel my landline in 2012. Sent from pillar to post. And they are still up to the same tricks. Better label them TTT, Telkom Township Tsotsis.
And this while I am not exactly a VC or MTN fan.
Feel free to read my comment below :
https://mybroadband.co.za/news/cellular/416778-south-africas-isps-want-to-slash-mobile-data-prices-by-forcing-vodacom-and-mtn-to-compete.html
AFAIK Cell C has the best large prepaid data bundles at the moment with their Home Connecta Flexi LTE prepaid bundles R 59 for 5+5 Gb, valid for 60 days, or 50+50 for 60 days at R 199. Or their 50+ 50 valid for 180 days, which also works on 3G for R500. Don’t expect great LTE speeds, definitely slower than their mother network MTN.

I’m not sure about contracts and deals on their website but, if you have a prepaid Telkom Sim-card, Try *123#

There are other deals as well.

Regarding the Cell C Home Connecta Flexi LTE prepaid bundles. You should read the terms and conditions. They were originally only on promotion till the 30th September 2021 but I see they have extended the promotion till January. Once they have enough people hooked on that bundle it will most likely disappear and you will be forced to take out their 24 month contract bundle.

Strange how Telkom and Mutual & Federal did not pick up in this little mistake? If one underpays them they are on you like a ton off bricks. But if they over collect from you then there are excuses galore.

Interesting article. Ironically Telkom has another scam they stealing money from client’s. DAILY subscriptions at R7 day,amounting to over R250 additional charges Added to clients bills amounting to over r200 a month. So I’m not surprised they have an insurance scam as well. So imagine R200 on 100 000 clients monthly.

All networks allow SMSs to be sent at random to every subscriber which easily make you click on a so called WASP subscription. Robbing you from R 3 to even R 15 or R 20 a day in airtime, or billed to your contract. There are ways to cancel them though. Cell C has a way to completely block your SIM from subscribing to any of these horrible WASP services. Have been on Cell C prepaid for 13 years or so, and have a Telkom SIM as backup in a dual SIM phone. 3 networks in one phone, as CC uses MTN towers nowadays, and TM falls back on VC, where they don’t have coverage of their own.