Health Minister Zweli Mkhize on Sunday called on the private sector, including pharmacies, to help with the rollout but the government is yet to outline how exactly they will help.

Dis-Chem and Clicks have a combined 45% dispensary market share.

Dis-Chem, with more than 180 stores, will offer the vaccines at all its clinics nationwide and is also looking to offer them at its eight drive-through Covid-19 testing stations, Dis-Chem National Clinic Manager Lizeth Kruger told Reuters.

“We will assist and put our hand up,” Kruger said, adding that Dis-Chem will be involved from the second phase of the rollout, which includes vaccinating essential workers like teachers and people over 60 years old.

In the first phase the government wants to vaccinate about 1.25 million healthcare workers in the country.

Healthcare experts have said that for the government to expeditiously vaccinate two-thirds of a country of 58 million people, it will have to pool resources from the private sector at a scale never done before in South Africa.

But so far the government has not laid out a clear strategy on how it will roll out and vaccinate millions of people, even as cases of coronavirus reach record highs every day due to a new, more contagious variant identified around mid December.

Health Minister Mkhize said on Thursday that the country plans to vaccinate 40 million people within a year to achieve herd immunity.

Dis-Chem has three big warehouses with cold chain storage and distribution facilities across South Africa and can keep vaccines at cold temperatures of between 2 and 8 degree Celsius, Kruger added.

Clicks, in an emailed response, said: “Our network is immediately ready for the distribution and administration of vaccines.”

It has nurses and pharmacists in stores poised to support the implementation, it added.

It won’t surprise me if Clicks & Dis-Chem would be able to offer it at lower cost than Govt, AND while doing so, still make a decent profit…

Mum was the word by Government, then the pressure mounted and all of a sudden J&J is mentioned as a supplier and now Clicks and Dischem

I dread the day that the NHI comes into effect..

A disaster in the waiting

The ANC cannot run a spaza shop and it wants to run NHI.

..the NHI and Disaster, are brother and sister.

Our health minister (who is a doctor) does not seem to realize immunizing 40 million people wont be enough for heard immunity.

Yaaa. 40 million is about 67% of 60 million but what is the effectivity rate of the vaccine?? The Astra Zenica I think is 70% after 2 doses.

Shame. This is just going to be a big expensive anc mess.

MW, You forget to mention in Dis Chem and Clicks won’t be able to sell and administer vaccines unless action is made. The ANC is planning on controlling the vaccines, administering to whom it decides is valuable enough. MW, please help us the working class by speaking the truth of the people and not being another mouth piece for the political elite. Thank you.

Two have died from this vaccine and they want us to take that s**t, and there are a few people who have still contracted the virus with administering the vaccine, but oh boy no one gonna put something in my body that has not even been properly tested

….that’s why I say, give the vaccine to politicians first (instead of our healthcare workers).
In case it does more harm than good, to lose a few politicians is not considered a real loss. 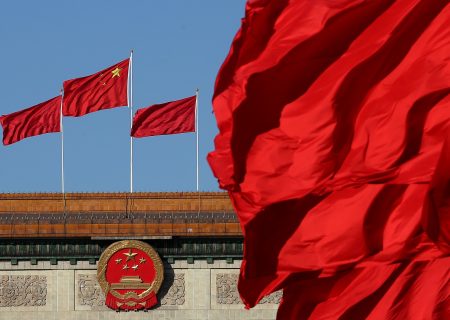