Aeon CIO Asief Mohamed says it is ‘extremely disappointing’ that the Sasol board rejected a lawful request by its shareholders.
By Justin Brown, Citywire 28 Sep 2021  10:25 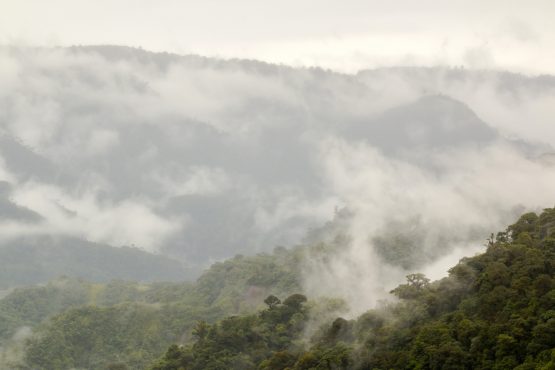 The battle over Sasol’s handling of climate change cranked up a notch after the group rejected a climate lobbying resolution filed by two of its shareholders.

Aeon and Just Share co-filed the resolution on September 14, while Sasol’s climate change report is dated 20 September. In that report, Sasol committed to enhancing its disclosures considering, among others, the matters raised in the proposed non-binding advisory vote, Anderson added.

‘Therefore, there is no need for shareholders to vote on the resolution as Sasol has met its objectives, by and large, in the climate change report for 2021,’ he said.

Aeon CIO Asief Mohamed said it was ‘extremely disappointing’ that the Sasol board rejected a lawful request by its shareholders.

‘The non-binding lobbying resolution has to be seen in the context of companies and trade associations that actively delay and prevent the introduction of carbon taxes and associated environmental protection legislation.

‘Lobbying is also evident in the anti-transformation lobbying by well-paid lackeys from trade associations aimed at slowing down efforts for a more equal gender and race-based society. In its rejection of this non-binding resolution, the Sasol board shows that it does not support the resolution’s objective of reducing climate change risks, food security risks and inequality,’ he added.

Mohamed said that from an investment perspective, if South Africa and the world did not sort out the climate risks, the world would be in a worse place.

Just Share executive director Tracey Davies said that Sasol sent a letter to Just Share and Aeon on the day it released its 2021 climate change report.

‘Just Share and Aeon reviewed Sasol’s 2021 lobbying disclosure, which is an improvement on its 2020 disclosure,’ Davies said.

But she said that Sasol’s disclosure in its latest report omitted key elements of the resolution. For example, Sasol deals exclusively with the climate change-related positions of the industry associations it is a member of.

She said that these associations often say one thing in public but lobby for something different behind closed doors. However, Sasol did not disclose anything about those engagements, Davies said.

‘In the legal opinion received by Just Share this year, advocates Tembeka Ngcukaitobi SC and Chris McConnachie concluded that directors do not have a unilateral discretion to refuse to table shareholder-proposed resolutions,’ she said.

The resolution filing comes ahead of Sasol’s annual general meeting (AGM) on November 19. Anderson said Sasol would issue its AGM notice on October 18.

Gibbs said that the latest Sasol resolution was its third collaboration with Aeon on AGM climate change resolutions. Earlier this year, they submitted a resolution to Standard Bank. In 2019, they collaborated on an AGM resolution submitted to Sasol.

In the resolution, Aeon and Just Share requested Sasol improve and expand its direct and indirect climate lobbying disclosure in its reports, including disclosing the annual membership fees paid to industry associations involved in climate lobbying.

The resolution states that the two shareholders want to assess whether Sasol’s and its associations’ climate-related lobbying were consistent with Sasol’s stated support for the Paris agreement and the transition to a low-carbon economy.

Aeon’s Mohamed said the fund manager knew that corporates like Sasol paid lots of fees to trade associations, which used that money to lobby governments and state officials.

In the US, Sasol must disclose funds spent on lobbying. OpenSecrets calculated, based on data from the US Senate Office of Public Records, that Sasol spent over $2 million (R30 million) on lobbying from 2016 to 2019, according to Just Share. In response, Sasol’s Anderson said that the group did not have the OpenSecrets document, so it could not verify its calculations.

Just Share said shareholders had filed climate lobbying resolutions with fossil fuel companies in other jurisdictions for many years, but this was the first South African resolution.

‘Unlike many other jurisdictions, South Africa has no legal requirements for disclosing lobbying,’ Just Share said. However, the organisation said that transparency about lobbying was a key to fighting corruption.

Sasol’s Anderson said that the group announced in 2020 it would include a non-binding advisory vote in its 2021 AGM notice. That resolution will allow shareholders to vote on Sasol’s approach to climate change.

I support these companies. Those who don’t want a jab must stay at home and enjoy their rights there. The antiv are not only a threat to our health, they are also damaging our economy.

Khande, stand closer to the pot, you are missing it completely.

Shareholders must mind their own business and stop trying to run Sasol. If these shareholders think they know better or know enough to make proposals perhaps they should start their own companies where they can do what they want.

Asief is a master at manipulating the media to give his company a profile. A BEE manager commenting on a Top 40 company, is opportunistic as the “media value” of being quoted lends credibility and increases visibility of his company. This article will probably be submitted as part of his next business development charade to clients. Add his newly “optically correct” 30 year old BEE CEO and his recent black female appointments to Aeons board is part of the scam of “looking” for BEE acceptance in the media and with clients look at the “BEE scorecard” checklist. All reasons to avoid BEE asset managers.

There is a sinister motive behind all the demands made by the so-called “climate change” brigade and it does not bode well for the future of the planet. As time goes by more of their doom predictions have been proven wrong but still they persisit like the flat earth society in their theories.

It would be better if Mr. Mohamed formed a company like Sasol with his own money and then implemented his ideas there.