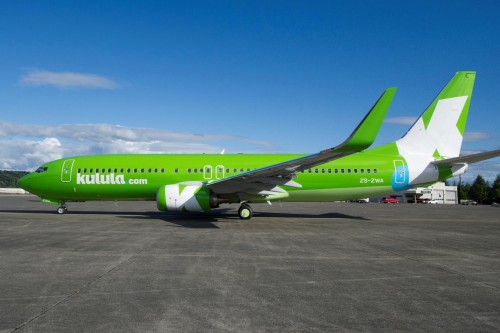 South Africa’s Comair Ltd will require up to R1.2 billion of funding and will have to cut a fifth of its workforce to restart operations, administrators in charge of restructuring the private airline said.

The airline, which has been under a form of bankruptcy protection since May, will be able to start operations in December if a business rescue plan presented late Wednesday is approved, they said.

The plan, which had been delayed by over two months, will see a group of investors injecting up to R500 million of equity, giving them 99% ownership of the company.

Creditors will also have to provide new debt funding of up to R600 million, along with another R100 million debt from insurer Discovery.

“This (plan) will further result in resumed employment for the company’s remaining employees, the provision of flying services to its customers and the establishment of resumed revenue with which to service its obligations,” administrators Shaun Collyer and Richard Ferguson said.

The company’s total workforce will be cut to 1 800 from roughly 2 200 and its fleet will be trimmed to 25 aircraft from 27, they added in their plan.

Comair was forced to halt operations from March 26 as South Africa imposed a travel ban to counter the COVID-19 pandemic, cutting off the company’s cashflow and its ability to service burgeoning debt.

Creditors will meet on Sept. 18 to vote on whether to approve the rescue plan.

If approved, the plan will be implemented by the end of November so the airline can start operations by Dec. 1.

Before ceasing operations, Comair operated the local British Airways franchise and budget airline Kulula.com. It was a beacon of private aviation in South Africa for almost seven decades.

The plan will also require the company to be delisted from the Johannesburg Stock Exchange, where its shares had been trading for over two decades.

How soon Comair went into business rescue in contrast with FlySafair ,who is flying, suggest trouble was brewing pre-lockdown.

If they received the R700mill due by SAA..the would have survived and been in the same podition as flysafair

Nonsensical and vast economic destruction, has long been a badge of honour worn by communist regimes all over the world.

This time the name they gave it was Covid 19.

Sadly RSA is no different to the UK and EU. The only difference is that i believe the UK&EU are at the cliff edge, whereas RSA has already stepped off.

What does this mean for the current Comair shareholders. (Small time investors i.e. less than 10 000shares)

For instance – when COVID started I had a few shares with COMAIR, managed to sell some of them, unfortunately I was left with some that failed to sell.

Does this mean that we call it a day and my shares are gone for good? or will I get something maybe 5c on the rand.

I posted a similar concern about the small shareholders. Sometimes I think private business is a crooked as SoE’s and are always on the lookout to enrich directors and screw small shareholders.
I also question where the JSE is in such matters and allowing companies to renege on business models

As usual the only people smiling are the business rescue practitioners. Fees paid first, fees are correlated to Time