Conflicts of interest, backtracking and moving the chessboard pieces

It seems the BRPs doing large rescues didn’t think through the ‘un-market-related’ fee issue before scurrying to submit their tenders, while Vodacom, PPC and Woolworths post results and Investec makes an announcement.
By Ann Crotty 27 Jul 2020  00:04 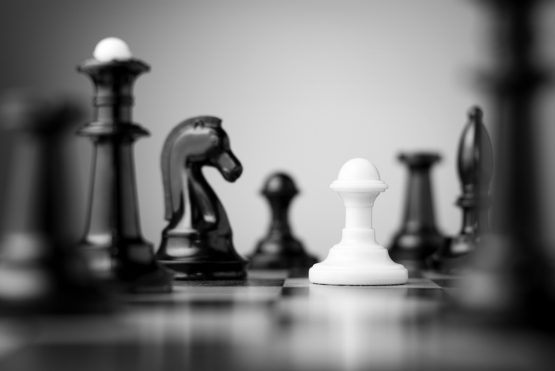 Investec has pushed out the announcement of its remuneration incentive targets. Image: Shutterstock

Comair: what at first looked like a slick professional process has deteriorated with such speed that it’s now looking almost as messy as the business rescue tragicomedy over at state-owned competitor South African Airways (SAA).

In early May when the Comair board decided to put the company into business rescue it seemed like a sad but necessary and incisive decision given the spending splurge management had been on and the absence of the sort of operating environment that would shelter a heavily indebted balance sheet.

Read: Comair not insolvent and can be rescued – BRPs

Business rescue is inevitably a fraught process – it essentially involves carving up a limited asset pool among seemingly unlimited creditors.

And increasingly it seems the business rescue practitioners themselves are vying for prime position among those demanding creditors. So it’s not only a fraught process, it’s one that is riddled with conflicts of interest.

As Collyer and Ferguson (and many other BRPs mid-way through a ‘rescue’) have frequently reminded us, the hourly tariff prescribed for BRPs has not been updated since the 2011 publication of the Companies Act and regulations. The tariff is “no longer market-related for the specialist skills and expertise required of the BRPs for a company of the size and complexity of Comair,” they explained to creditors as they put in their demand for double the prescribed fees.

That’s a bit like being rolled into theatre for life-saving surgery and your surgical team stopping the gurney to express their deep unhappiness about medical aid rates and asking you to sign off on a 100% increase.

And it’s not just Collyer and Ferguson. It seems none of the BRPs doing large rescues had thought through the ‘un-market-related’ payment issue before scurrying to submit their tenders.

The Companies Act regulations are clear. For a large or state-owned company it’s R2 000 an hour, to a maximum of R25 000 a day. The Companies Act itself (Section 143) allows for additional fees, but only on a contingency basis and any agreement providing for those additional fees must be approved not only by the creditors but also (according to Section 143 (3)(b)) by a majority of the shareholders.

Months into the Comair process there is still no sign of the required rescue plan although there was the brief appearance of a corporate advisory firm, Redford Capital. It had been hired to help the BRPs raise capital for Comair as well as engage potential investors and buyers of the company’s assets. As it happens, Collyer and Ferguson – who were looking for a monthly retainer fee of R250 000 for Redford Capital – are directors of this advisory firm. This is a bit like the surgeon recommending his brother-in-law physician for post-surgery care.

Basically, things on the Comair front, which initially looked so encouraging, have now gone dark.

Not every company has been hit by the Covid-19 lockdown as hard as Comair.

Last week Vodacom reported a 5.6% increase in group revenue for the three months to end-June. This was hardly surprising given the increased data usage during lockdown.

A little more surprising was the lift in sales reported by cement producer PPC during June as the absence of imports coincided with the initial opening up of the economy.

For Woolworths, a strong performance from its food division once again helped accommodate its draining Australian operations.

Investec keeping mum on its incentive targets for now

The crippling uncertainty of the current situation was probably best highlighted by last week’s rather bizarre announcement from Investec (the bank) about its 2021 remuneration incentive targets.

The targets will be announced on November 19, which is just four-and-a-half months before the end of its financial year.

In terms of the short-term incentives that’s equivalent to placing a bet just yards before the horses have reached the finishing line.

At least there is some good news, of sorts, from the Independent Regulatory Board for Auditors (Irba): there is no sign of the rumoured resignations by directors who had accepted their appointments six and more months ago, before they knew of the controversial appointment of Jenitha John as CEO. The new board held its first meeting early last week and will no doubt soon be getting down to reviewing John’s appointment.

If R400,000 per month is half of what they deserve for months and seemingly years, then these exceptional people should be running Apple and Amazon not liquidating companies in South Africa.

When we got business rescue in our law I thought it was a good thing. After first-hand experience as creditor in two rescues each now over two years in labor : it now seems this was created by lawyers for lawyers.

Comair would have had a better chance if management had a way to (1) obtain a 90 day moratorium on court proceedings and asset repo against Comair (2) during which time the board must reach a quick and substantial compromise with the major creditors and failing such settlement get liquidated.

That process should include an order that (1) subordinates all related party debt – eg shareholder loans (2) equalizes all creditors so that banks with financed assets and SARS lose their preferred status. I fail to see why Absa with a financed truck or SARS in respect VAT should have more rights per R1m than a vendor that supplied inventory.

My understanding of a BRP is that its a liquidation where all value is first transferred to the BRP over 2 years.
Are there any BRP success stories?

Can someone explain to me something please. If the management of a company, who at least have some experience of that industry, can not manage the company out of trouble, how can someone with no experience of that industry now suddenly rescue that company? Same problem when a bank manager, who does not know the difference between a kiloWatt and a kiloVolt must now suddenly manage Eskom, whose main product is kiloWatts and kiloVolts

Maybe if the success rate is higher, the tariff will be increased. Nobody wants to pay more for a rescuer that is set to fail from the start.

Is that success rate so low because the business has failed anyway and in 6% of cases a business managed to survive? So 6% is better than 0?

Or are we comparing a business rescue that may have worked at 6% rate, vs liquidiations that would have resulted in more value being released?

When Masonite Africa went into voluntary business rescue, I thought I would get nothing. But it I got a reasonably amount for my shares.

We bemoan how government defrauds the citizens but there is a strong case here to show that BRM’s are no different in turning a quick buck for doing nothing. Do these BRM’s have no conscience in taking monies for nothing in return. I’m a Comair shareholder and the report back from these BRM’s is atrocious, uninformative and slow in coming up with solutions – what are they actually being paid for?

Having seen all the shenanigans in this (and other cases as well) we seriously need to Question the value of having introduced the concept of “Business Rescue”. To me it seems like the process provides criminals with a way of shielding themselves from scrutiny. The business rescue practitioners also have zero incentive to work on behalf of the creditors of the company because their way of being remunerated is not aligned with the interests of the creditors. The business rescue practitioners want to drag the process out for as long as possible as they are paid a (huge) monthly fee. Which also means that they do not need to worry about what prices they receive for the companies assets (as long as it is enough to cover their fees).
At least with liquidators – they are paid a % of the assets that they sell (liquidate) so it is in their interest to obtain good prices for these and to get the whole process over and done with quickly.

Ciaran Ryan / 18 Jan 2021
According to an affidavit filed in support of the R60bn class action suit by dispossessed homeowners against major banks.
43