Despite mounting cost pressures over the past two years.
By Akhona Matshoba 13 Jul 2022  12:21 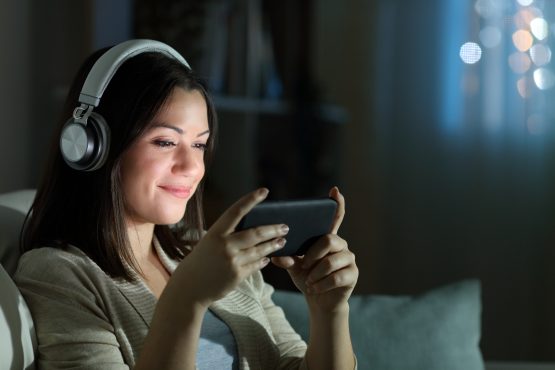 Consumer spend on audio and video streaming services remains on the up. Image: AdobeStock

An assessment of consumer behaviour from before the Covid-19 period up to June 2022 reveals that FNB retail customers have increased their spend on entertainment streaming services by about 70%.

The bank noted that streaming services like Spotify, Netflix, Apple iTunes, Google Music, Deezer, ShowMax and YouTube have collected up to R190 million a month from FNB customers during the period.

“The flexibility of these platforms allows families to customise their own experience and playlists, with the convenience of consuming content whenever they want,” CEO of FNB retail Raj Makanjee says in a note.

Makanjee says this trend is sure to remain on an upward trajectory as more providers increase their customer catalogue offerings.

Consumer spend on audio and video streaming services has somewhat surprisingly remained on the up – this despite the fact that they are facing persistent price pressures. The latest data from the FNB/BER Consumer Confidence Index (CCI) showed a plunge to -25 for the second quarter of 2022 (Q1: -13), as the Russia-Ukraine war persisted and inflation spiked, impacting fuel and food prices.

In 2019 a standard Netflix package – which allows consumers HD viewing on two screens at one time on a phone, tablet or TV – cost consumers R139 a month. Two years later, consumers are paying 14% more for the same offering, at R159 a month.

When music streaming service Spotify first launched in South Africa in 2018, a standard premium subscription – which allows one account unlimited access to a wide-ranging music catalogue – cost R59.99, this price has remained the same.

However, Spotify has introduced various account-sharing plans such as the Spotify premium family plan and the premium duo plan which cost R99.99 per month and R79.99 per month respectively. In 2021, Spotify also introduced a student-friendly plan which offers students enrolled at accredited colleges and universities premium services for only R29.99.

Rival Apple Music costs individuals R59.99 per month, while its family plan offering – which covers up to five individuals – is priced at R89.99 per month. Prices have remained steady since the platform’s 2015 SA launch, with only its student plan rising from R29.99 to R34.99.

FNB customers who have Netflix and Spotify subscriptions and who also load these subscriptions on the FNB virtual card have reportedly received 40% back in eBucks rewards over the past year, earning over R16 million in eBucks.

“With the creation of Virtual Cards being free on our platform, we see more customers creating separate Virtual Cards dedicated to streaming subscriptions, and this makes it easy for them to track and manage their spend.”

Competition creates jobs, lower prices and provides more choice. For too long, DSTV has held the key to SA entertainment of the masses – the competition has driven down the price and forced them to honestly serve their target market…the rest of us are seeking competitive alternatives and getting more value for our money and needs. Just my opinion.