CAPE TOWN – According to figures from Morningstar, if you had invested in Coronation Fund Managers stock five years ago and reinvested all your dividends you would have enjoyed an annualised total return of 38.95%. That is despite the counter being down over 35% for the year to date.

None of the unit trusts Coronation manages would have given you anything like the same return. The best performer over that period is the Coronation Industrial Fund, which according to Morningstar has shown an annualised total return of 24.51%.

In the bull market of the last half decade, Coronation has been able to out-pace the majority of the stocks its fund managers invest in. From levels of R17.20 in November 2010, it peaked at R112.47 in January this year, representing growth of around 550%.

The stock has since slipped to its current levels of around R72, but that is still a generous gain of over 300%. Considering that the company has also consistently traded on a dividend yield above 5%, shareholders have been well rewarded.

However, as a pure long-only asset manager, Coronation is a cyclical business. It does very well when markets do well, but less so in times of lower or negative market returns.

This is reflected in its latest set of results. As returns in equity markets have come off, so have Coronation’s profits.

The asset manager’s full year results to the end of September released Tuesday showed revenue down 7% to R4.4 billion. Diluted headline earnings per share (Heps) were 10% lower at 516 cents per share.

Coronation noted that the decline in revenue was due both to lower market returns over the last 12 months and the “abnormally high level of performance fees” that it had generated during the previous year.

“Despite a challenging market environment, we delivered a credible set of results in line with our expectations,” said CEO Anton Pillay.

“Coronation is a cyclical business and hence our annual revenue stream is highly geared to both the returns of the market and the level of outperformance we generate on behalf of clients across our fund range.”

The market seemed to share Pillay’s sentiment, with the stock up for most of the day. It however lost ground in late trade to close 0.32% down on the day.

“The Heps number was in line with the trading statement issued a few weeks ago,” said analyst at 36ONE Jean Pierre Verster. “The detailed results today show how Coronation is able to ‘flex’ its cost base in line with its revenue.”

Operating costs were down 4%, from R2.2 billion in 2014 to R2.1 billion this year. This is due to Coronation’s ability to adjust things items like administration fees, rebates and even remuneration paid to staff which is linked to profit before tax.

Also encouraging for shareholders was that Coronation’s total assets under management grew by 3.7% to R610 billion, despite total net outflows of R15.3 billion. These outflows were concentrated in its institutional business, which has closed its South African equity and multi-asset portfolios to new investors.

On the retail side, however, the fund manager saw net inflows of R6.5 billion. While it remains the largest player in the local industry, its market share did decline marginally from 15.1% last year to 14.6% this year.

“We attracted strong inflows to our international products and retail business, and in line with our expectations, recorded net outflows in our established South African institutional business,” Pillay said.

“These outflows are a result of our decision to close our South African equity and multi-asset portfolios to new institutional investors three years ago. This active decision in a shrinking formal occupational retirement fund market means that stakeholders should expect continued institutional outflows in the years ahead.

Coronation has a sizeable share of the South African institutional savings market, and given the above, overall market share will decline to a normal level in coming years.”

36ONE’s Verster added that the long term outperformance shown by most of Coronation’s funds was also encouraging.

“It was positive to note the net inflows into the international funds and that alpha was still generated on a longer-term basis on most mandates,” he said.

“They also explained the large net outflow in the South African institutional business and gave comfort that, even though they expect this to continue, it is within their expectations. The retail net inflows for the year, even noting the net outflows for the second half, also indicates that Coronation’s brand is still front-of-mind in the SA retail unit trust market.”

Some shareholders might have been worried by the fact that Coronation’s cash balance fell from R14.8 billion at the start of the year to R8.6 billion at year end. However, Verster said that this should not be a concern.

“Coronation has almost zero capital expenditure and therefore it is very cash generative with almost no reinvestment requirement back into the business,” he said. “The dividend cover can stay at or close to 100% for the foreseeable future.”

To listen to the radio interview with Siki Mgabadeli and CEO of Coronation Fund Managers Anton Pillay, please click here. Pointing to lingering weakness in the economy. 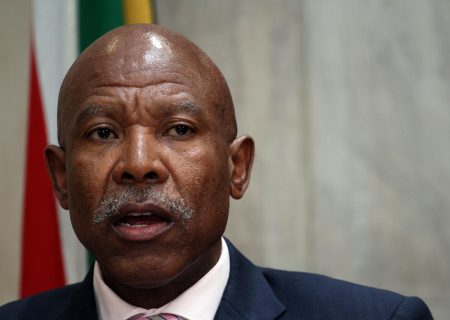