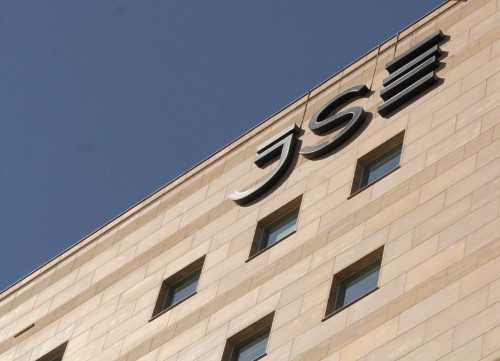 Coal of Africa to issue shares

CoAL has entered a subscription agreement with M&G Investments for an amount of $3 million at a subscription price of $0.0435. The funds represent the final element of the financing required by CoAL for its offer to acquire Universal Coal.

Dipula has issued 2,455,710 new B ordinary shares to shareholders electing not to receive a cash dividend resulting in retention of R25,86 million.

Repurchase of shares by Brimstone Investment

The company has announced the repurchase of a further 1,331,620 ordinary shares representing an additional 3.11% of Brimstone’s issued share capital. The shares were repurchased at a price of R13.00 for a total value of R17.3 million.

Repurchase of shares by Hulamin

The company has announced the repurchase of 127,709 shares on December 9 at an average price of R5.21. The repurchase is in terms of the company’s Long Term Incentive Plan – 2007 and the Share Appreciation Right Scheme – 2007.

Listing on the JSE

Schroder European Real Estate Investment Trust listed on December 9 in the ‘Equity Investment Instrument’ sector of the JSE. 107,500,000 shares issued closed the day at R21.60 per share giving the company a market cap of R2,32 billion. After he abruptly left the proceedings last month, according to a summons issued by the head of the investigation.