A look at Capitec; better-than-expected results from Anglo, Sasol, and the JSE; and trouble for Quantum Foods and MTN.
By Ann Crotty 1 Mar 2021  00:01

Capitec has shown how it’s done when it comes to declaring whether someone is an independent director or not. Image: Shutterstock

Well done to Capitec for not trying to con us all into believing that long-term familiarity has absolutely no influence on a director’s independence. It is shocking how many large JSE-listed companies happily ignore good corporate guidelines and continue to categorise directors as independent when they’ve been around long past the nine-year recommended period.

Directors can of course stay on the board after nine years, but they cannot then be categorised as independent. That shareholders so frequently allow this fudge on the basis that the board believes the director continues to be ‘independent of mind’ is an indication of what little regard they have for good governance. It is reminiscent of the now rarely-heard claims that using the same audit firm for 50-plus years does not affect its independence. No one outside the elite coterie of corporate directors and their governance advisors is ever persuaded.

By contrast over at Coronation Fund Managers, McKenzie is still described as independent although he has been on that board since 2009. This is a bit discouraging, given that as a powerful fund manager Coronation has not only signed up to all sorts of corporate governance codes but is also responsible for ensuring its investee companies implement good governance practices.

The Anglo American share price slumped almost 7% on Friday – in line with much of the market – but still managed to end the week slightly firmer at R580.85, following the release of better-than-expected full-year results.

The second half to end-December turned out to be Anglo’s best second-half performance in 10 years, which is an amazing achievement given the weakness in diamonds and coal.

Dealmakers won’t be too happy but shareholders will no doubt be thrilled with CEO Mark Cutifani’s determination not to go on a deal-spree or push new projects. “It’s moments like this when companies lose sight of the basics and get themselves into trouble,” Cutifani told analysts. Presumably this tighter capital discipline extends to share buybacks.

Sasol did well to produce interim results that allow management to hold firm on its intention not to pursue a rights issue.

Seven months ago there was talk of a $2 billion rights issue at some stage in 2021.

Although the share price has recovered considerably from its 2020 lows, the current level must still look too cheap.

Mind you, it’s difficult to be excited about the better-than-expected results, given that they were so reliant on the sale – at knock-down prices – of recently acquired assets and a trimming of costs. Given Sasol’s massive and reasonably dated industrial base, trimming costs has limited application and might not be a good long-term strategy.

The results of Quantum Foods annual general meeting (AGM) held last week suggests that all is not well among the shareholders.

This is the first AGM since last July’s battle for control of the company saw four players emerge with significant stakes in the Cape-based egg producer, namely Quantum management, Astral, Country Bird Holdings and Silver Sands.

Two distinctive blocks of shareholders have emerged, one holding a combined 62.1% and the other a combined 37.9%. The degree of tension between the two blocks was apparent from the AGM voting, with several of the resolutions either withdrawn or failing to be passed.

The question is, for how long can the board function effectively with that degree of discord among its shareholders?

Last week came the news that MTN Syria was being placed under judicial guardianship, which sounds like the corporate equivalent of having social services take your children off your hands – for their own good.

Seven months ago MTN announced it was changing its previous highly adventurous growth strategy and would be pulling out of the Middle East. Its businesses, including the Syrian operation, have been put up for sale, although MTN stressed it would not be done on a fire-sale basis but rather over three to five years. The latest difficulties in Syria might make it difficult for the South African telecoms giant to realise the $1.4 billion initially targeted for its 75% stake in MTN Syria.

Finally, proof that the Covid pandemic wasn’t just good news for investors in global high-tech stocks – such as Amazon, Zoom and Apple – comes in the form of the JSE’s latest annual results. The increased market volatility caused by the “pandemic-fuelled uncertainty” as well as the historic crash in oil prices, helped to boost the exchange’s revenues.

It seems that in the world of financial asset trading there is no such thing as bad news. While it focuses on expanding production of its current lineup. 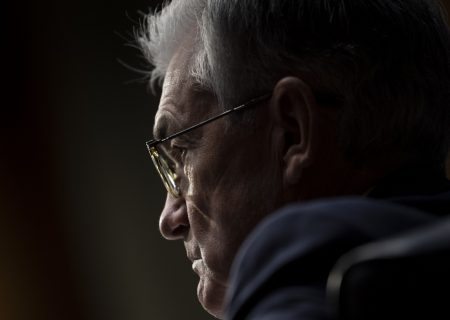