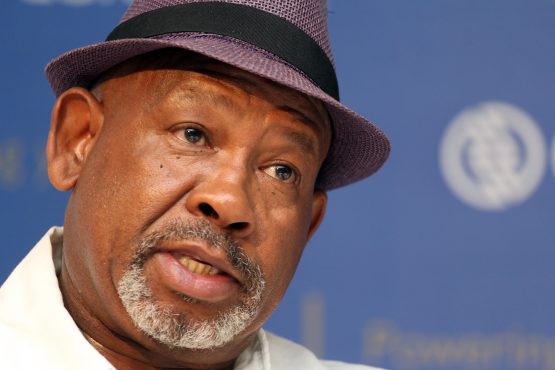 The news has come as a shock to fellow South African business and political leaders, who hailed Mabuza’s contribution to the business world, his advocacy of SA Inc and activism against apartheid.

Mabuza’s role as the former chairperson of Eskom is being headlined, but his illustrious corporate career goes back almost three decades, with positions at Tsogo Sun Holdings, Telkom and South African Breweries (SAB) and AB InBev, amongst others.

His most recent board positions include being chairman of JSE-listed Sun International and Net1 UEPS Technologies as well as on the board of MultiChoice as a lead independent non-executive director.

Mabuza, however, is likely to be remembered most for his position as CEO of Tsogo Sun Holdings, which was established in the early 2000s out of Southern Sun’s hotels business.

At the time, Tsogo Sun secured two of South Africa’s most lucrative new casino licenses in urban areas – Montecasino in Johannesburg and Suncoast in Durban.

Being the boss of one of the country’s fastest growing gaming and hospitality groups at the time, saw Mabuza also appointed to the board of South African Tourism in 2003. He was on the board of the national tourism destination promotion agency for nine years, six of which as chairman until 2012 (including the 2010 Fifa World Cup period).

After retiring as Tsogo Sun CEO in September 2011 he joined the group’s board.

Arguably Mabuza’s most noteworthy board contribution came in 2012 with this appointment as chairman of Telkom. Together with Telkom CEO at the time, Sipho Maseko, he played an instrumental role in the turnaround of the former state-owned telecommunications operator.

In organised business bodies, Mabuza’s roles including being the former president of Business Unity South Africa (Busa), chairman of Business Leadership South Africa (BLSA), the Casino Association of South Africa, co-chair of the CEO’s Initiative, chairman of the regional council for the World Economic Forum, as well as a founding member and former CEO of Fabcos (the Foundation for African Business and Consumer Services).

Mabuza became involved in the establishment of Fabcos in 1988, after venturing into the taxi industry in the mid 80s. Fabcos is a founder member of the Black Business Council (BBC).

In 1993, he secured a lucrative position as group advancement manager at SAB, which was a major shareholder in Southern Sun Hotels and Sun International at the time. This gave Mabuza a foot into the upper echelons of corporate South Africa.

In 2016, SAB’s owners AB InBev, appointed Mabuza as chairman of its African business.

Mabuza’s death on the Youth Day public holiday is a poignant reminder of his contribution to the fight against apartheid.

He was a youth activist in the 70s and was expelled from a Johannesburg school after being caught up in the 1976 student uprising.

However, he moved to Durban and matriculated from the historic Ohlange High School in Inanda in 1979. The school, which was founded by the ANC’s first president John Langalibalele Dube in 1901, is where Nelson Mandela cast his first vote in South Africa’s first democratic election in 1994.

Mabuza pursued a law degree at the University of the North but dropped out in 1982, according to his CV. He drove taxis to pay for his tuition, but later decided to become a taxi owner.

Read: Busa: Its time for us to lead on black economic transformation

His taxi business led him to become a co-founder of Fabcos in 1988, together with the likes of James Ngcoya, president of the SA Black Taxi Association at the time.

In 2017,  Mabuza received an honorary doctorate in commerce from the University of Witwatersrand for his leadership in business.

BBC president Sandile Zungu was among the first to confirm Mabuza’s death on Wednesday, in an interview with the SABC.

The organisation issued a statement on Thursday paying tribute to Mabuza, with Zungu also sharing condolences with his family.

In the official statement issued on Wednesday night, Mabuza’s family said that he “passed away on Wednesday 16 June following Covid-19 complications”.

He leaves behind his wife, Siphiwe and three children.

“On this day in 1976, he had joined thousands of black youth who demanded the end of Bantu education. He was later expelled for participating in that seminal protest that exposed the brutality of the apartheid regime and propelled the struggle for liberation,” the family added.

“I am at a loss for words. The passing of Jabu is tragic, devastating and a great loss for business and our country,” said Busa president, Sipho Pityana.

“Jabu played a leading and pivotal role as a business leader with foresight and courage. He was a phenomenal human being and a gentle soul. Jabu was a role model for all South Africans who aspire to make a difference,” he noted.

Read: Cancer of corruption needs to be excised completely

“He lifted himself up by his bootstraps, moving from being a successful small entrepreneur to becoming my predecessor as president of Busa. Along the way, he became a powerhouse in the South African economy, occupying leadership positions in several South African corporates … as well as in the public sector,” added Pityana.

“He will particularly be remembered for his courage during the State Capture era when, as president of Busa, he often had to deliver very difficult messages to government. He will be sorely missed at a time when we need all hands-on deck to resolve the massive challenges posed by the global Covid-19 pandemic, and its impact on business and society.”

Busa CEO Cas Coovadia, who worked with Mabuza when he was president of Busa and co-chair of the CEO Initiative, said: “Jabu had a character and personality that was contagious. He led with courage, honour, and honesty. He was a true patriot.”

Jabu Mabuza, as a kingpin of ANC Corruption Central Command Council, leaves a legacy of undealtwith corruption issues and the effects of these illegal activities.

Govt. or Eskom dumped everything on him and he had to single handedly “somehow” provide good news on TV wile the house was burning.

I take my hat of for Jabu, well done mate.

What the excuse for the epidemic of corruption in the rest of Africa then?? Kids all fine – they working as maids and deck crew for the rich on super yatchs in the med. Earning well of 1 bar each a year. Yr kids need bee to survive cause no honest people would trust them anywhere in their vicinity unfortunately. .. Reputation is everything.

Australia, home of convicts and complainers since 1788.

ANC robbed their own people blindly since they took power.

Mr. Moodley.. are you suffering from intellectual constipation?

“Australia, home of convicts and complainers since 1788.”

The examples are set by the President and staff, back then it under the Zuma administration.

Sounds like Mr. Moodley still have that victim mentality… 26 years later. Take of your apartheid goggles…your own people our robbing you blind (pun intended).

Lol… i love all the complainers here… imagine how you all feel with large corporates only hiring black people (brown also classifies)… imagine your pain and hurt.. imagine how your kids grow up listening to their parents complain against oppression at braais (and probably speak in racist terms) good luck to you all

I love my country and I love life

Given an eternity you still wouldn’t be able to achieve what he did in one year. What contribution have you done? Sad, petty man!

He will be remembered for an irregular R11 Billion boiler tube maintenance contract linked to his family.

From taxi driver to corporate doyen,

He’s aces in my book.

He certainly seemed a decent individual with some high profile positions over the years.But he did not appear to remotely have the skills for the Eskom job,even if most of it was in Chairmans capacity.Also this talk of tenders over the years sits badly with me.Dont they realise they cant take this money with them when they depart this earth .I am sure he was wealthy enough without needing this

What a great, great man! The work he did at Tsogo Sun and Telkom goes without saying. If there was an epitome of government, labour and business it was Jabu! His true ability was muddied by his stint at Eskom, but who hasn’t been though!?

U mean epitome of an African government surely?

I did like the hat, must say. RIP, def looked like a man of action. Not perfect at all but who is? More like a buccaneer capitalist than a crook. From a taxi man to where he got is what we need here in SA