Operating losses, disputes with Treasury and stalled payments from Sassa are creating a perfect storm.
By Ray Mahlaka 28 May 2018  00:10 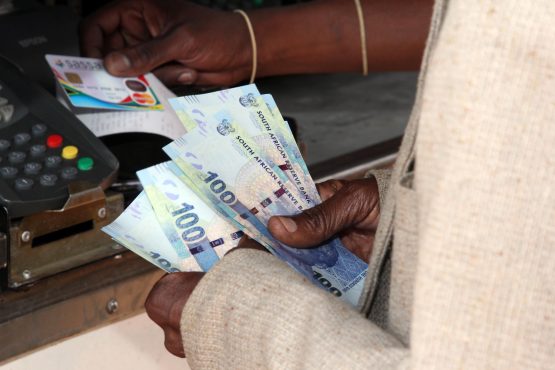 CPS is locked in a dispute with the National Treasury over the fee that it’s to be paid for distributing social grants while continuing to incur bruising losses. Picture: Moneyweb

CPS – whose contract to administer the payment of cash social grants was extended for an additional six-months ending September 2018 by the Constitutional Court – is fighting fires on many fronts.

It is locked in a dispute with the National Treasury over the fee that it’s to be paid for distributing social grants while continuing to incur bruising losses.

The most worrying revelation – contained in CPS’s letter to the court on Wednesday – is that it hasn’t been able to invoice the South African Social Security Agency (Sassa) for its services and has not received any payment from the agency or Treasury since March 2018.

In an earlier affidavit, CPS director Nunthakumarin Pillay warned that if Sassa didn’t pay its invoice for March 2018, the company would only have “sufficient cash reserves to cover its operational costs until May 31 2018”.

“Our instructions are that CPS requires cash income urgently to sustain its operations for the month of June. Preparations for the June payment cycle [to social grant beneficiaries] will commence on May 27 2018,” the letter read.

Close watchers of the social grants fiasco questioned whether CPS would continue or halt its grant payment services if it did not receive a payment from Sassa at the end of May.

Although Kotzé didn’t answer whether its services might be halted, in a statement to Moneyweb he said CPS’s letter was intended to allow the company and Treasury to “re-engage in respect of a fixed monthly service fee for the servicing of social grant recipients at pay points”.

Treasury recently slammed CPS’s request for an increase in its monthly service fee as too high, as the company would score R1 billion per month. Whatever money it receives, CPS said it doesn’t make a profit.

Under an extended contract with Sassa, Net1 wanted its monthly service fee to be increased from R16.44 per beneficiary to R66.70 (including VAT). However, finance minister Nhlanhla Nene, on behalf of Treasury, recommended a fee of R51 per beneficiary, even advising that it could be as low as R46.46.

Kotzé said pending the court’s decision on its monthly fee, CPS will invoice Sassa at the Treasury-recommended rate of R45 per beneficiary – earning more than R90 million per month, or more than R540 million for the six-month duration of its contract.

CPS has accepted the fee begrudgingly.

In Kotzé’s court papers, he argued that Treasury’s recommended fee impacts on CPS’s capacity to operate as a going concern. “CPS can only deliver a reliable and uninterrupted service if it operates as a sustainable business,” he said.

CPS recently revealed that if its monthly fixed fee does not increase, it would operate at a loss of at least R70 million a month or R420 million for six months. It revealed that it doesn’t make a profit for its cash pay point services, as its average monthly operational costs totals R147.1 million.

This reduction will result in CPS recording operating losses of R111 million per month, said Kotzé, as the number of beneficiaries using its service, will reduce from nearly two million to 800 000.

I wonder if the government will try the same tactic with other companies too. Will delay payment for work done and demands that a job done at a price the government decides. I wish I could go into a shop and pay as much for goods as I feel like.

They already have begun this cycle elsewhere.

Local municipalities are having all their cash sucked out by Eishkom, leaving no working capital. Small business that service the local government sector, have seen invoices that are meant to be pain on a 30 day cycle, switch to a 90 day cycle, this is a death blow to small businesses, who cannot provide for such a long collection cycle.

Government killing business and increasing unemployment, because they couldnt give a shite… They exploit citizens (taxes) by law and sit in a cushy position, no inducement/incentive towards competence…

One should not be too surprised that CPS is probably still smiling all the way to the bank. It’s taxpayers’ money, after all.

Who is gullible enough to believe for a second that Belamant isn’t running CPS and Net1 from behind the scenes through his sidekick of 20 years?

Don’t underestimate the degree to which Net1 is in with the government arranging this fiasco. This SASSA vs CPS is actually two sides of the same coin.

It’s an absolute show for the masses. With all the bribes SASSA has never had even the slightest in inkling of an inclination to get rid of CPS.

The ANC is more likely to elect a white president than SASSA getting rid of CPS.

Cry me a river. Cry me a flood.