Danone lowers outlook on weakness in yoghurt and bottled water 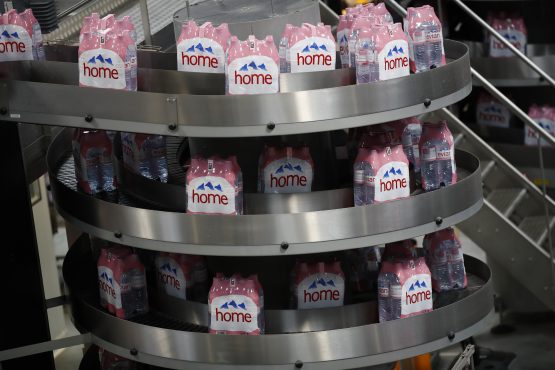 Shares in Danone headed toward their biggest decline in more than a decade after it lowered its annual sales outlook on the back of weaker yoghurt and bottled water sales. Image: Stefan Wermuth, Bloomberg

Danone, already struggling with falling yoghurt sales as consumers shift to vegan alternatives, is getting hit by a decline in its bottled-water business.

Shares of the world’s largest yoghurt maker headed toward their biggest decline in more than a decade after it lowered its annual sales outlook. The cut deals a blow to Chief Executive Officer Emmanuel Faber’s turnaround efforts, which have been built around diversifying the company’s product range away from dairy.

“Oh dear,” RBC analyst James Edwardes Jones wrote in a note to clients. “This was a miss in terms of both quality and quantity. Our confidence in the longer-term recovery story has been dented.”

Danone’s update comes a day after rival Nestle announced plans to restructure its water unit, where sales are headed for a second annual decline. Like the yoghurt business, water bottlers face structural challenges, including a growing backlash against plastic packaging and a rise of discount competition.

The French company’s bottled-water sales fell 0.9% in the third quarter, which analysts at Sanford C. Bernstein called the worst performance in a decade. While a slowdown was largely anticipated and Danone said a cooler August weighed on consumption, investors didn’t expect an outright decline.

Overall revenue will climb 2.5% to 3% on a comparable basis this year, the company said Friday. Faber’s previous forecast for growth of about 3% in 2019 was already judged weak by investors.

The stock fell as much as 7.4% in morning trading.

In his fifth year, the CEO is still struggling to achieve a sustainable rebound in the European dairy business, which just eked out growth in the quarter. Now weakness has spread to Danone’s US yoghurt arm, which lost market share, while Russian consumers switched to cheaper brands. Total volume across all product categories declined for a sixth quarter.

Third-quarter sales growth of 3% missed the 3.8% analyst estimate. Chief Financial Officer Cecile Cabanis said Danone is confident growth will accelerate, and the company is keeping its 4% to 5% sales growth target for next year.

The $10 billion acquisition of WhiteWave started to pay off as plant-based alternatives grew. Revenue from the Alpro brand rose more than 10%.