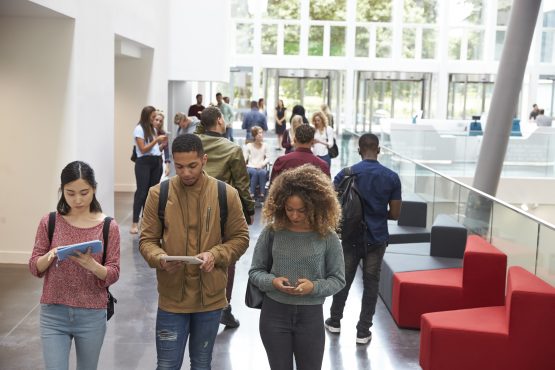 The commission originally said the two operators needed to reduce their prices by 30-50% by the end of January. Image: Shutterstock

With its announcement on Tuesday, Vodacom became the first major mobile communications operator to agree to lower its data prices. Now all eyes are on MTN and Telkom, which have failed to reach an agreement with the competition watchdog within the specified deadline.

More than two years after the Competition Commission launched its investigation into the price of data in the country, Vodacom signed an agreement with the watchdog, in which it commits to cut monthly data bundle prices by over 30% across the board, as well as expand its zero-rating of certain websites.

This means the price for a 1GB monthly data bundle drops from R149 to no more than R99 from April 1. Consumers will also have free access to certain sites such as Wikipedia, Facebook Flex, educational institutions, job portals as well as emergency services through a Vodacom platform.

The announcement was made at a joint briefing between the commission and Vodacom on Tuesday. But in December when the commission released its report, it singled out Vodacom and MTN as the mobile operators that need to reduce their prices by between 30% and 50% at the end of January 2020.

The deadline was extended by a month at the start of February.

The commission also found evidence of “excessive pricing” by Telkom’s infrastructure division Openserve, stating that it must reduce the price of its IP Connect product, which allows independent service providers to offer fibre and ADSL services by paying to move traffic on the Telkom network.

The commission said talks with MTN and Telkom are “at an advanced stage”.

Bonakele said the commission had set a tight deadline which has now lapsed. “The issue is if we don’t conclude the agreements, we are going to need to go back to the litigation option and that does tend to take time.”

He said the commission might announce the state of the negotiations in the next two weeks.

When the commission’s report was released, MTN said it would “engage constructively and vigorously defend against over-broad and intrusive recommendations” of the commission.

Vodacom CEO Shameel Joosub said there was no point in fighting about whether the cost of data needed to come down. Instead, the company had elected to “proactively enter into a social contract with government and the public at a time [when] South African consumers are under increasing financial pressure and on the understanding that action will be taken by the government and Icasa [Independent Communications Authority of SA] to auction high-demand spectrum”.

He said the state has not assigned additional spectrum since 2004, which drives up the cost of producing data and inhibits the rate at which mobile operators can reduce the price of selling that data.

Read:
Timeline: The great stall in spectrum allocation
Telkom warns over ‘dangerous’ spectrum auction
Our prices will tumble when we get more spectrum: MTN

He urged the government to forge ahead with making money available to start digital migration, which also impacts costs.

“Remember, the more access to spectrum, the more we can cut our prices because the cost to produce a gig of data has been going up over the years.”

Icasa Councillor Dr Keabetswe Modimoeng said the authority is currently assessing the submissions it received after publishing an information memorandum on the licensing process for the assignment of spectrum.

The auctioning of spectrum to the industry will then begin, and should be concluded by December, he added.

Modimoeng said Icasa’s own mobile broadband data inquiry should be completed in the next ten months. This inquiry looks at the input costs of data for operators, such as the rolling out of infrastructure, spectrum and geographic spreads.

“Because once you intervene at the wholesale level, then inherently the cost reduction will go down to the consumer as well,” said Modimoeng.

Cell C is on their knees and might not see the end of the year. The days of data being a money machine is gone. If the prices are coming down, investment will stop and very soon the infrastructure will be old and we can forget to go to 5G. Investors will not invest if there is no return. Soon our infrastructure will look like the rest of Africa

Vodacom to cut its data prices

Vodacom to cut its data prices