Investors and the market will be watching Tongaat Hulett’s share price closely as trade in the stock resumes on the JSE on Monday morning. This follows its almost seven-month suspension in the wake of accounting irregularities that saw billions wiped off its equity and share price last year.

The beleaguered agri-processing and property group, which faces a debt burden of almost R13 billion and debt financing cost of some R600 million currently, is aiming to make significant headway in its turnaround plan this year.

Disposal of further non-core assets and an equity raise form part of the restructuring plan, which includes some tough decisions such as the possible sale of its sprawling Amanzimnyama Hill head office property in Tongaat, north of Durban. 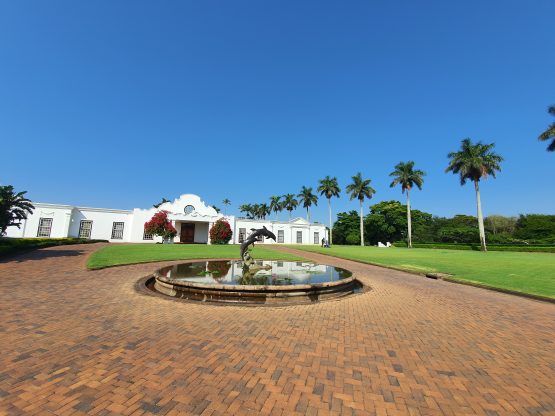 The group has used the landmark property as its HQ for almost four decades.

It was once the family homestead of the well-known Saunders sugar barons, who were part of the Tongaat Sugar consortium that led a hostile takeover of Hulett Sugar Corporation in the 1960s.

Tongaat Hulett CEO Gavin Hudson confirmed to Moneyweb on Friday that the group is considering selling this heritage property to help bring down its debt.

Hudson, who is part of the new executive team that over the past year has unravelled accounting wrongdoings by the group’s previous leadership, was speaking to Moneyweb after the release of the group’s results for the half-year to September 30, 2019.

Read: Tongaat Hulett slashes chairman’s fees by more than half

“We are looking at various options to bring down Tongaat Hulett’s debt. This includes the sale of non-core and certain other assets such as Amanzimnyama, but also an equity raise.”

Moneyweb understands that several property companies and KwaZulu-Natal magnates have made offers for the Amanzimnyama property, but are not keen on Tongaat Hulett’s asking price of around R200 million.

Hudson would not go into detail on land disposals under consideration or the land sales that have been concluded in the half-year period. He did however say that land sales in a tough property market was a positive and would see some 141 000m2 of new development.

On the planned equity raise, Hudson said he hoped it could be finalised by the first quarter of this year. Tongaat Hulett is hoping to raise as much as R4 billion in new equity on the JSE.

“We have already begun talking to stakeholders about an equity raise, and the lifting of the suspension of trade in our shares on the JSE is part of the process,” he said.

As part of the restructuring plan, the group is aiming to bring down its debt by some R8.1 billion by next year. It has already embarked on cost-cutting to the tune of more than R1 billion, which included significant retrenchments last year.

The group on Friday posted a headline loss of R314 million for its half-year to September, which was an “improvement” compared to the R354 million restated loss for the comparable six months of 2018.

Its revenue was down 1.5% to R8.085 billion for the period, while operating profit was up sharply from R315 million to almost R1.3 billion. With the group reporting a basic loss per share of 235 cents, Tongaat declared no interim dividend. However, it said the basic loss per share was also an improvement compared to the 356 cents loss per share for the corresponding period.

* Tongaat Hulett asked the JSE to suspend trade in its shares in June last year after the stock plunged as more details of the accounting irregularities came to light. Some 75% of the value of its market cap had been wiped the boards in 2019 with its shares last trading at R13.21.

Hey after all is said and done, the “previous Management” is hopefully ok with massive amounts of ZAR’s and solid foreign investment portfolios. I would be interested to know how they got to where they are, while amassing these debt levels who was sitting on the main board and who was chairing the remco.

How about some “delinquent director” action ala Dudu Myeni.
At least that should create jobs for a lot of legal practitioners, hefty fines and maybe something for the shareholders.
And it won’t come out of the tax payers’ pockets.

Surely the previous management should be in jail. Acts of dishonesty for financial gain is called fraud…everywhere on the planet except here…

Over the past couple decades it seems that the country has been infected by the “well everybody else is doing it” syndrome. Both in the public and private sectors. A simple example is vehicles stopping at a Stop sign. I remember when just about 99% of drivers actually stopped. Then taxis began driving under their own rules and that was the beginning of the slide into wholesale disrespect for the law.

The previous CEO was an arrogant bully that just demoted anybody that disagreed with him. He made sure the board was filled with yes-men so he could lie and cheat and steal money from the employee pension funds to keep his bonus cheques flowing

When the Hulett family ran the company it always generated strong profits. Now it’s failing because it’s being run by you-know-whos. The same old story applies to many SA & Zim businesses.

From the unaudited interim results as at 30 September 2019, Net asset value of Tongaat -R4 billion.

This week MoneywebNOW looked at the tech trend reversal, a cautiously optimistic PGMs outlook, decent growth in residential property, whether sovereign bonds offer value, and how the local wine industry is faring.