The UK is the 5th largest wealth market in the world in terms of liquid assets. Picture: Akio Kon/Bloomberg

Lighthouse – which is listed on the Alternative Investment Market (AIM; a sub-market of the London Stock Exchange) and has 400 financial advisors – will merge with Quilter’s advice business, Intrinsic. If all goes well the deal will be completed during the second quarter of 2019.

This will cement Quilter’s position as one of the top two wealth management firms in the UK. Once combined the firm will have significant scale with 3 900 advisors – all the better to face the likes of Schroders Personal Wealth which was formed following a tie-up last October between Schroders and Lloyds. Lloyds handed Schroders an £80 billion chunk of assets to manage on behalf of its Scottish Widows business. As part of the tie-up, Lloyds will take a 19.9% stake in Cazenove Capital, Schroders’ wealth management business. Lloyds will also transfer £400 million of its wealth management business to Cazenove.

The Quilter offer, at 33 pence per share, represents a 30.4% premium to the average price over the three-month period ended April 2, 2019.

“We think the combination of Quilter and Lighthouse will move us more quickly to where we want to be,” said Quilter CEO Paul Feeney during a call to analysts. “And that is to make Quilter the best place to go for trusted financial advice in the UK.”

Quilter was unbundled from Old Mutual plc last year and listed separately on London’s AIM, with a secondary listing on the JSE. It has been in expansionary mode since then, hiring staff and buying in small advisory firms wherever possible.

“Strategically the deal makes senses,” says Bradley Preston, head of listed investments at Mergence. “This acquisition will add 400 advisors to Quilter, further increasing the gap between them and the third largest player in the market.”

Despite the uncertainty in the UK, Quilter is pressing on with its growth strategy. The UK is the fifth largest wealth market in the world and Quilter has been consistent in keeping its investment case and strategy independent of Brexit. “They feel their market has long-term structural growth tailwinds and they are positioning themselves as a large-scale player,” says Preston. “They have consistently bought these types of businesses to build a large advisor network that few of their competitors can replicate. Lighthouse is a niche player focusing on exposure to affinity groups.”

Last month Quilter released a strong set of results for the 2018 year, the first as an independently listed company. The firm managed to grow earnings despite tough markets that resulted in a decline in assets under management. Revenues were up by 8%, to a better-than-expected £788 million, while adjusted pre-tax profits rose by 11%, to a record £233 million, which again was better than expected. Quilter also declared a final dividend of 3.3 pence per share.

While the political and economic environment may seem gloomy, there can be no sitting still. The demand for advice is increasing, but so is the competition with banks re-entering the market and robo-advisors making small inroads too.

“The advice landscape has seen lots of change in the last decade,” says Andy Thompson, CEO of Quilter Financial Planning. “While there are fewer advisors post RDR [retail distribution review, the set of rules aimed at introducing more transparency and fairness in the investment industry], there is an increased need for advice as a result of growing product complexity and pension fund reform.”

Not everyone will be a winner. “The winners will be the companies that achieve scale, successfully consolidate or are regional boutique players,” says Thompson.

This will be Quilter’s test. “The bear case on Quilter is that they have built a business out of lots of acquisitions, which need to be properly integrated. Another acquisition will add to that case,” says Preston.

Investors will be watching, hoping for the promised value unlock post the Old Mutual unbundling. Since listing in June, the share has barely moved in Sterling, listing at £1.52 and rising to £1.56. In rands, it has moved from R26 to R28.56. The concern is that despite the bounce-back in markets this year, investor sentiment remains depressed following the torrid final three months of 2018.

Read: Quilter jumps on debut after being spun out of Old Mutual
Please consider contributing as little as R20 in appreciation of our quality independent financial journalism.
SUPPORT JOURNALISM 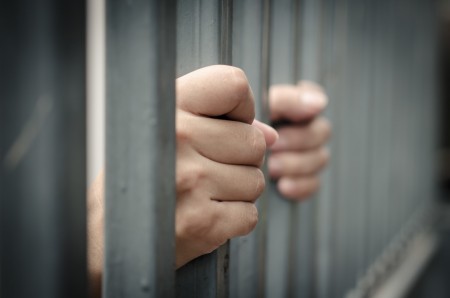 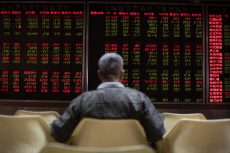