Delta and Rebosis merger back on the table

If approved, it will create the largest black-owned and managed listed property fund in SA.
By Suren Naidoo 7 Aug 2019  00:36 Five years after a failed attempt, black-owned and managed real estate investment trusts (Reits) Rebosis and Delta are again in merger talks. This comes as both funds have struggled in one of the toughest operating environments the South African commercial property sector has seen in recent years.

The funds announced in a joint Sens cautionary on Tuesday that the merger represents a natural consolidation of the parties’ shared vision and strategy forImthe South African real estate market.

Back in 2014 when Rebosis and Delta first considered a merger, the SA Reit sector was booming and the combined entity would have had a market capitalisation of around R9.5 billion.

The share prices of the two property counters have plummeted since then, with Rebosis declining some 95% and Delta down around 77%. Today, the combined total market capitalisation of the two funds is just over R1.6 billion.

Nesi Chetty, senior fund manager at Stanlib, explains that Delta has been affected by the slow progress from government to sign longer leases, with vacancies in certain parts of its portfolio.

Rebosis has had its own set of problems and Chetty says it has seen close to R2 billion written off its New Frontier investment in the UK.

“Rebosis has also seen a spike in its LTV [loan-to-value ratio] and has been in discussions to sell parts of its retail portfolio. The latest transaction with Vukile saw Mdantsane [Mall] sold for R512 million.”

Ngebulana says that with the merger, Rebosis would no longer have to sell some of its mainstay retail assets in an unfavourable buyer’s market to reduce its debt.

Chetty says the deal between the two entities makes sense. “Delta and Rebosis both operate in the government sector with some overlap. A merged business will probably unlock some synergies and cost savings in the short term. In addition, the balance sheet should become a lot more manageable for the combined group.”

The funds in their statement said that if approved by shareholders and regulators, the merger would create the largest black-owned and managed listed property group with assets worth approximately R25 billion.

Nomvete says the deal has been a long time coming. “Five years ago, we explored this opportunity, and the property sector landscape has since changed, necessitating consolidations. We believe the economies of scale and appropriate capital structure of the combined fund offers an advantage in the prevailing tough economic climate,” he adds.

The duo said a key objective of the combined fund is to achieve an optimal capital structure with a LTV of below 40%, through “various mechanisms” including ongoing asset disposals and injections of new assets and capital.

The deal will give Delta shareholders a diversified portfolio inclusive of the retail sector and reduced over-reliance on sovereign-leased properties without having to raise capital for acquisition.

The share price of Rebosis was up more than 14% on Tuesday, while Delta was flat. Is SA positioned to aid countries hit by Cyclone Eloise?

‘We will have sufficient supplies to send to Mozambique…and, to a certain extent, Zimbabwe,’ if there is need: Wandile Sihlobo – agricultural economist, Agbiz. 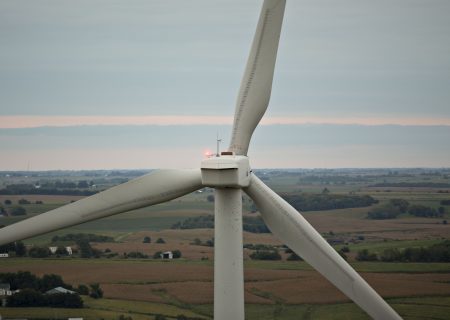 Saica revs up compliance declaration for CAs and associates

Barbara Curson / 25 Jan 2021
The new submission requirements are more onerous, and must be done on or before January 31.
16