The more than seven-month suspension came in the wake of fraud allegations against former executives and the company having to restate its 2020 financial results.
By Suren Naidoo 29 Jul 2021  21:33 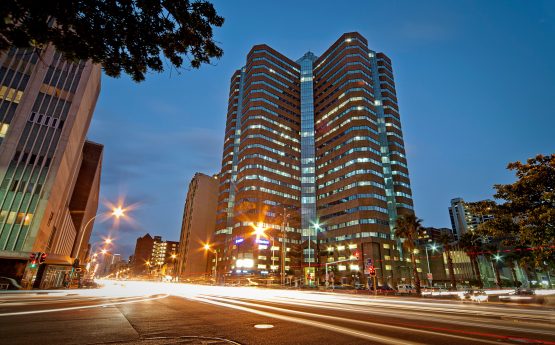 The Embassy Building in Durban is part of Delta’s portfolio. Image: Supplied

Trading in Delta Property Fund shares resumed on the JSE on Thursday, closing 28.57% up after the bourse lifted its suspension.

The JSE had suspended trade of the stock on December 15 2020 following revelations of alleged fraud and mismanagement by former executives, which saw the group having to restate its 2020 financial results.

This also consequently led to a delay in the publication of its 2021 interim and full-year financial results (ending February 28), with the latter published late last month.

The lifting of the suspension was positively received by the market, with Delta’s share price surging over 40% at one point in midday trade.

“Delta shareholders are referred to the various announcements regarding the JSE-initiated suspension of the company on 15 December 2020, the last of which was published on 12 July 2021. Shareholders are advised that the JSE has concluded its review of all the matters it considered to be relevant to the JSE’s decision to lift the suspension,” the fund noted in a Sens statement announcing the lifting of the suspension on Thursday morning.

With the JSE lifting its more than seven-month suspension of trading in Delta shares, the fund noted that “shareholders are no longer advised to continue exercising caution in relation to Delta securities”.

Delta’s new board, chaired by Phumzile Langeni, is yet to announce the appointment of the group’s new CEO.

However, Delta’s former CEO and founder Sandile Nomvete, together with the fund’s former CFO Shaneel Maharaj and COO Otis Tshabalala, have flatly refuted allegations of fraud or procurement irregularities during their tenure at the group.

I wonder who’s buying .. because there’s not a hope in any world I’d be putting my hard earned cash into such an disasterous business.