The Embassy Building in Durban's CBD, one of the landmark officer towers owned by JSE-listed Delta Property Fund. Image: Supplied

Delta Property Fund, one of the JSE’s most empowered real estate investment trusts (Reit), saw its share price slide 12.5% on Monday, following the release of poorer than expected financial results for the full year to 29 February.

The office-focused fund reported one of its worst performances, with distributable earnings for the year declining 38.1% to 45.69 cents per share, from 73.84 cents per share achieved in the prior year.

This comes after the group notified the market in a trading statement in March that it expects distributable earnings per share for the year to be between 16% and 20% lower.

In an odd move, Delta posted a new trading statement at 7:05 am on Monday alerting the market that distributable earnings per share for the year would be between 37% and 40% lower than the prior financial year. And, at 8am, it released its full-year results.

With its financial year ending in February, before the Covid-19 fallout rocked the market, Delta blamed the plunge in distributions on negative rental reversions on renewed leases, high vacancies in a tough economy and on the corporate tax it had to pay on retained earnings.

Delta, which was in the crosshairs of failed merger bid for embattled Reit Rebosis for much of last year, nevertheless trumpeted its record number of renewed leases as one of the main highlights of a tough year. The group said it had managed to renew 211 764m² of expiring leases and concluded 17 344m² new leases during the year.

The group, which owns landmark office towers such as “The Embassy” Building in Durban’s CBD and the Hallmark Building in Pretoria’s CBD as part of its R10.9 billion property portfolio, has a government dominated base of tenants. In the recent past, it has struggled to secure longer-term state leases.

Speaking to Moneyweb, Delta CEO, Sandile Nomvete, conceded that Covid-19 had not had an impact on the company’s 2019 financial year. However, he noted that the 2020 impact is “yet to be really factored in” considering the huge level of uncertainty in the market, even for office-focused landlords. 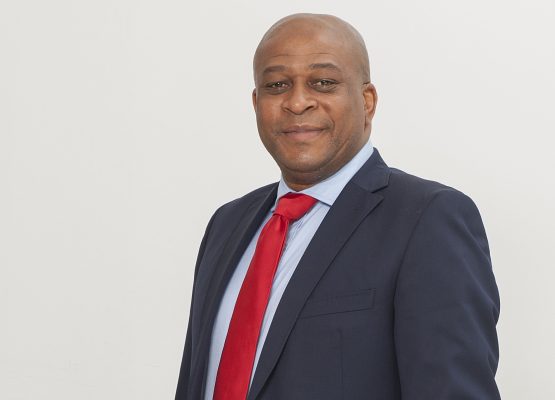 “Our 2019 financial year was an exceptionally challenging year due to continued macro-economic headwinds in South Africa. We experienced negative rental reversions of between 4% and 6%, which was communicated to the market. However, this led to the expected re-basing of government leases, which negatively impacted distributable earnings for the full year,” he said.

“Despite the tough market, we secured a record number of renewed leases totalling 211 764m², some 112 000m² of which is linked to national government departments or state-owned companies… Historically, securing longer-term government leases has been our biggest headache. We placed a lot of focus on leasing last year and we believe it will pay off,” he added.

Asked if Delta’s failed bid to merge with Rebosis had contributed to his group’s poor performance, Nomvete said it was a “misconception that the group spent a lot of time” and money on the proposed merger. He added that if this was the case, Delta would not have had a record year from a leasing perspective.

Rebosis expects to retain Reit status, despite paying no dividend

Nomvete and Rebosis founder Sisa Ngebulana were hoping to establish South Africa’s largest black empowered diversified Reit through the deal. However, the proposed merger face opposition from one of Delta’s major BEE shareholders, the Cornwall Crescent consortium, which is financially backed by Redefine Properties.

“We had discussions with Rebosis, but it [the proposed merger] did not take up all our time and did not cost us exorbitant fees. We only spent around R500 000. We saw it as an exciting opportunity to bring our portfolios together. However, it did not work out and we will not be pursuing Rebosis in the future,” said Delta’s CEO.

Meanwhile, the group has opted to withhold its dividend for the second half of its financial year, to retain cash in the face of Covid-19 uncertainty. The move is in-line with most of its JSE-listed peers.

“We believe it is prudent to retain earnings to survive what’s happening in the market… In addition, we need to spend around R200 million annually for the next 3 years on our properties as part of our contractual agreements with our tenants,” said Nomvete.

“Withholding dividends will also strengthen our balance sheet, with our loan-to-value (LTV) ratio at 46.3%,” he added.

He added: “Delta was impacted by both [negative] rental reversions and vacancies within its portfolio. The group’s net asset value was also impacted by fair valued adjustments on its investment portfolio. Given the uncertainty regarding forecast rental collections as well as contractual capital expenditure, management have done the right thing to not declare a final dividend.”

Chetty said that the group had “done well” in its negotiations with the Department of Public Works, with Delta renewing almost 50% of its national leases.

“It will be interesting to observe how remaining leases that need to be renewed will be dealt with during Covid-19. The next few months will be challenging for the office sector. In response to lower growth, tenants are all reviewing their immediate office exposure requirements. Large corporates, banks and government tenants may look to consolidate space, or even give back space for rental concessions. Delta will need to manage this risk actively,” he added.

“The reason for this is twofold: the fund has a large committed capital expenditure pipeline of approximately R200 million per annum over the next three years that needs to be financed out of working capital. Due to its high LTV and weak share price, this is unlikely to be funded through bank debt or equity raises. Secondly, there is an element of the bank debt which requires amortisation,” she explained.

“Given Delta’s 78% sovereign tenant base, the fund is well placed to collect income and navigate through the Covid-19 lockdown period and beyond, although it is the overstretched balance sheet that is largely responsible for the weak share price,” she said.

“Due to the short-dated lease profile, the fund is unable to secure long-term debt… Thus, it is straddled with additional fees on every roll over of debt, as well as an element of amortising their facilities, leaving very little left over to distribute to shareholders,” Ward added.

If you did a forensic investigation into Delta and Rebosis you would pick up an enormous number of irregularities, including over-procurement of rent and historic underpayment of rates.