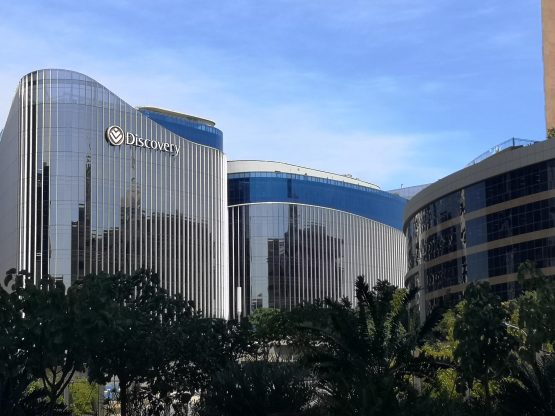 Shares in South Africa’s Discovery fell over 3% on Wednesday after the insurer said it had spent R2.2 billion on new initiatives despite a 94% full-year fall in headline earnings per share (to 45 cents per share).

The company, whose model ties premium rates to clients’ lifestyle choices, had already warned its full-year profit could be wiped out entirely by a R3.3 billion coronavirus-related provision and an even bigger impact from interest rate changes in key markets.

It said on Wednesday however its operating performance had been resilient and it had spent R2.2 billion on developing new business lines, namely a bank it launched in November 2019.

Such new initiatives have consistently dragged on profit in recent years, with shareholders nervous around how much was being ploughed back into the bank in particular.

Discovery said the bank, which adapts its insurance model to lending and savings by tying interest rates to customer behaviour, now had 489,000 accounts, deposits worth R3.7 billion and lending worth the same amount.

The insurer’s headline earnings per share – the main profit measure in South Africa – for the year to June 30 fell to 45 cents from 789 cents a year earlier. The 94% decrease was in the middle of its forecast range for the decline.

Taxman will feel the pinch too?

Rationally speaking what impact does Covid have on their business?

They are not exposed to medical expenses versus premiums – I understood they are an administrator for the ring-fenced underlying funds. So the losses other than all the IFRS journal entries and adjustments would be in banking startup and to extent they had owned losses in insurance??? Which covid affected how?

I am not shareholder so have not studied results – just wondering.

Old advice : look to the cashflow statement but nowadays that takes a day as cashflow from operations is also a minefield

Good life, i didn’t realise my premiums paid for such a huge fancy building

Over the top if you ask me!

They don’t own properties they renting all their offices not part of their model to own property.

Even if they do rent, all the more reason not to be elaborate with OPM

Taxman should scrutinize these numbers. I am in favour of tax avoidance but this is a bit much.

Members will feel it too, just wait for your annual above inflation increase.

Which inflation food, cost if living or hospital as hospital medical aid inflation is 14%.

Hospital admissions this year have been half of what they normally are so I assume that those with medical aid can look forward to a substantial tariff reduction in 2021 from the likes of Discovery!

Another disaster! But expected.

So Discovery used whatever profits they had to fund new business? That is smart.

This is the result of having too many irons in the fire.Eg their advert by-line is:”we’ve completely changed everything”.So are they a ‘medical aid’, a bank, an insurance company, or a data miner? The lines are blurred. Ten years ago you knew who Discovery was.Now, I don’t know what their brand actually represents anymore.Their advert says it all.

Should be no surprise . Let’s hear from them what their ridiculous fancy head office rental is per month … and how they justified it.

They have the most expensive medical aid.

The funny part is that you pay them so that you control yourself. LOL.

I have a friend who never exercised or played sport in his life.
The moment he learnt he could earn points… he started exercising. It works.
He also has their insurance … so he is alway in range of the speed limit. He just gave away his freedom to put the foot on the pedal.

No one tells me when and when not to speed! 🙂 …
I control myself.
I exercise when I want to.
…and No Discovery & co monitoring me in bed!

I wonder when Vitality will blow up.

Have you seen the people with two baskets at shop? The one with all the healthy stuff they pay with Disco card. Ching ching points and discounts.

The one with the bad stuff they pay with the absa card.

Then the people running with friend’s fitness watch. Friend needs to earn miles or goals or whatever 🙂

Didn’t they also lose customers because of a racial incident?

Might have been worse if they didn’t spend 18 months fighting my CMS case due to them stopping stroke recovery therapy for my wife….
They lost the case !!