Discovery warns of up to 90% decline in profits 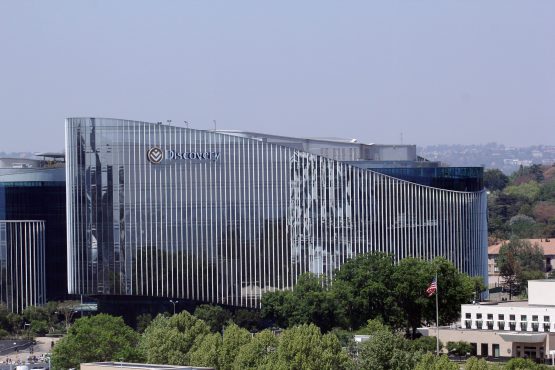 Discovery said on Monday its full-year profits could fall by up to 90%, hit by a R3.3 billion ($191 million) provision to cover the potential impact on claims and policy lapses due to the coronavirus.

It also said it would not pay an annual dividend, with the payouts to be considered when appropriate, sending its shares down 5.5% before recouping some losses.

The company said the hefty provision covered the potential impact on claims and anticipated policy lapses as stretched customers stop paying, while the outlook also covered the impact of long-term interest rates.

It warned its headline earnings per share – the main profit measure in South Africa – for the year to June 30 were expected to be between 70% and 90% lower than the 789 cents reported a year earlier, though it said the final outcome was subject to a high degree of volatility.

“Discovery is confident that the group is strong under high stress scenarios, with sufficient liquidity and solvency to weather uncertain conditions,” it said, adding capital ratios and cash buffers were expected to remain within or above target.

The provision, Discovery said, was intended so that all of the currently expected impact of the novel coronavirus as far ahead as 2022 was carried in this financial year.

Changes to interest rates in South Africa after the government lost its final investment-grade credit rating earlier this year, and historically low interest rates in the United Kingdom where it has a unit, were expected to have a further substantial impact on performance.

Discovery’s profits have been falling in recent years as it ploughed money back into new businesses including a hefty investment in launching a digital bank, which it said now has 177 000 clients and R2.1 billion in retail deposits.

So far, lapses in most of its businesses had been low, it said, while new business annualised premium income was up 4% for the 11 months to May 31.

This is terrible news, my heart goes out to Discovery exco, some of whom even had to delay buying new gilded ferraris last month.

Haha!! So true! Finally running out of cool-aid.

Even Gore had great confidence his company was going down hill.
Pity he did not exercise those put Options.
Come Dude, I dare you, ExercisE IT.

What…. U mean they lost all there money opening a bank for poor people!???? Fancy that now……. The one u came up with that idea should definitely have his Ferrari kept in the under ground parking at head quarters….

I hope i get my free smoothie…

It’s a rental believe it or not

I will expect to hear that all salary increases will be put on hold for a year just as investor dividends will not be paid this year.

Sell you over the top fancy offices!

The Discovery-group will pay roughly R280 million a year – or R23 million a month – to rent its new offices in Sandton, Netwerk24 reported.

Godspeed to the poor 25 year old auditor who will need to audit this provision.

So glad I had my gall bladder out in January on this lot.

In the light of this report from Discovery, and a plethora of others across all South African sectors…..my recommendation to the Fin.Min is to do his proposed “budget adjustment” AFTER the 31 August Provisional tax payment deadline, to see really by how much prov-tax declarations will drop.

When there’s massive corporate losses/impairments for the first 6 months of 2021 tax year, there is NO TAX TO PAY when it the period runs into a loss. Simple.

In the messed up world, a bunch of provisions and write ups that are fine for IFRS and headline earnings are ignored in the tax calc. Tax works only on expenses actually incurred and income actually earned. I think SARS has it the right way.

Cunning and shrewd. This is to cushion their performance for next few years so all bonuses earned. The market will accept profit drop now but not in the future. So they provision for worst case scenario, even though they are not giving any real value to stressed clients. If client payments default so do benefits for stressed clients so costs go down as well. No balance sheet impact here in giving anything to their stressed clients, exactly the opposite, use the market conditions to prop up the balance sheet further when shareholders will accept it to even out profit performance in the future.

What is odd is that you are certainly not seeing this calamitous fall in profits yet, with the share price up 23.62% over the last 30 days.

Be serious 1 year ago

Won’t be able to sleep tonight, worrying about how the poor execs will cope.

I couldn’t sleep last night knowing that AG and HK might have to drive their own cars for a few weeks and cut back on their botox treatments.

Surely they already carry a massive provision for costs related to proving heath care to members
If this provision has been reasonable in the past, including care for HIV, TB, Diabetes and cannot fathom that adjusting it for Covid 19 would increase it so dramatically – most of the infected don’t have health care anyway so they will be treated in public hospitals..

Also they are not “waiving fees” they are simple deferring it – while I agree there will be element of write offs I struggle to believe these 2 factors will drive down EPS 90%
Its corporate sand bagging…..they will post ALL the bad news in 2020 (hidden over the last few years) – call it “COVID impact” and then have a low base to outperform and max their bonusses going forward

Auditors will find a way to spin a good light on this, their bonuses depend on it.

Elke Brink / 27 Jul 2021
Until the interest rate situation changes in South Africa, I would strongly reconsider any cash exposure.
23