The group has been surprised at the number of outlets that have been able to start up again following the hard lockdown. Image: Moneyweb

The Distell share price bounced 9% to R78.50 in early morning trading on Wednesday following the release of a better-than-expected trading update after the close of business on Tuesday.

The share sustained its recovery throughout Wednesday, helped by upbeat comments from the board during the AGM. Analysts reported that a number of research houses had put out ‘buy’ recommendations on Wednesday morning, with one mentioning a target price of R120.

Not only were trading conditions – and outlook – better than expected, analysts were encouraged by the “significant strengthening” in the balance sheet.

A reasonably strong debtors’ book and the sale of the Alto Wine Estate helped the group to deleverage ahead of market expectations, with net debt down to R4.2 billion from financial 2020 highs of R5.9 billion. The market had targeted net debt of around R4.8 billion.

“The share price drop to a low of R60 in March reflected the grim expectations of the damage that was going to be done by the Covid-19 lockdown,” said one analyst, adding that the knock in the share price had been overdone and that there was significant further scope for recovery.

“Even if it’s not justified by short-term earnings expectations for the last few years, the Distell share price has tended to be supported by rumours of a possible takeover whenever it drifts towards R100,” said the analyst.

During the AGM group CEO Richard Rushton told shareholders, in response to a question from Ninety One analyst Anthony Geard, that the board had assumed on the basis of international experience that they would be faced with the closure of 40-50% of its small business customers.

“As we’ve started to trade we’ve been surprised at the number of outlets that have been able to start up again,” said Rushton.

“The number we’re seeing right now is not nearly at the levels we had projected.”

He said pockets of restaurants, some bars, on-premise outlets and night-trade establishments were suffering the most.

“We estimate that around 10% of on-trade has closed and potentially about 15% of bars and nightclubs.”

Geard commended the board on the “very encouraging” start to the year. “Distell has really demonstrated its resilience.”

Not all those who attended the virtual AGM were as encouraged.

Chris Logan, CEO of Opportune Investments, acknowledged the extraordinary circumstances created by the Covid-19 lockdown but said there was little sign of any improvement in the group’s dismal medium-term track record.

Logan said that even before the lockdown the Distell share price was on a weak long-term trajectory. In late 2016 it was trading at R170 but had trended down to R100 ahead of the lockdown.

Logan linked the poor share price performance to the fact that the directors hold only 100 shares in total.

He noted that in its “heyday” of 2010, when Distell outperformed other alcohol companies such as Diageo and SABMiller, the directors held a combined 1.8 million shares. Rushton told the meeting that in November following the vesting of the first tranche of share options, which were awarded in 2017, the executive team would hold a combined 114 000 shares.

I wonder how many shares the Directors will sell in order to pay the tax due on such awards? It’s most likely they opt for cash settled reward rather than a share award. Let’s see.

The bodies of the three girls were found on Thursday evening. 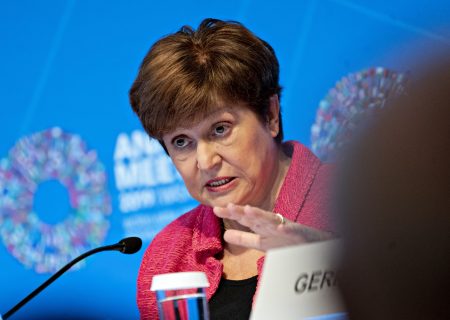