SA’s liquor industry offers to help curb drinking
Distell pleased with alcohol sales being allowed, but raises concerns too
Corporate chaos, except where it was most wanted
CLICK THIS COMPANY MORE COMPANY NEWS SENS
DISTELL 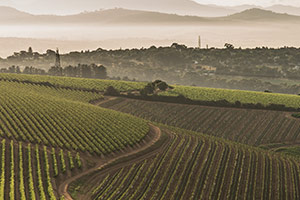 At a centuries-old vineyard overlooked by South Africa’s Drakenstein mountain, the country’s biggest single wine exporter Distell is battling a problem of plenty.

Prestigious wines, such as Nederburg, are bottled at the vineyard in Paarl, just outside Cape Town, and shipped locally and worldwide.

But the shipping can’t keep pace with the combined impact of an abundant harvest and lockdown disruption that has led to a glut that sits maturing in French oak barrels or stored in metal vats at wine estates.

South Africa, one of the top 10 wine producers, has around 240 million litres of stock across the industry, said executives at Distell, which itself has 40 million litres.

“It is a massive problem… that could take at least two years to resolve,” Distell CEO Richard Rushton said.

He told an investor call in June the impact on prices in the industry could be severe and said the company had lost some of its listings in wine outlets abroad as exports were halted.

Industry body Vinpro said some R3 billion ($177.54 million) in sales had been lost in the first nine weeks of restrictions. Exports have resumed, but there is a backlog in the Cape Town port, it said.

Even in the best of times, managing wine stocks in finite cellar space requires thinking a few moves ahead, but not usually as many.

“When you start off with oversupply, then it’s chess from day one,” Distell’s head winemaker Niel Groenewald said.

He faces a situation unprecedented in his two decades of experience and perhaps since the founding of the Nederburg estate in 1791.

George Carlin:” Never underestimate the power of stupid people in large groups’. Sums up the situation in South Africa today.

Let them found new industries with their harvest, more fruit juice, other variants of jams and condiments, maybe a sweets industry. These are business people, let them apply their entrepreneurial skills. They must embrace change. It’s a new normal, a new way of life therefore new economy and new industry.

Awesome, let us add to the scourge of obesity and diabetes, (leading cause of death and serious Covid co-morbidity), while changing the world. What rubbish.

Griet, in his reply to your comment, he actually confirmed your comment. We cannot expect ingenious plans from stupid people. It is with these kinds of mind-boggling logic that they run the economy.

“If they don’t have bread, give them cake” Marie Antoinette

“If the cannot sell wine, let them make jam”. Boombang

At the risk of being completely unfairly vilified, I think Sensei and Griet are missing the point. Distell has already begun producing sanitizer, so the principle of diversifying your income streams is established in the industry. Should they just sit passively and start dying? Jams are just one option, and if they are not investigating selling off some of this coming summer’s harvest to jam-makers, they really should start. I for one can see myself buying some meat marinades and cook-in sauces containing (alcohol-free) red wines.

Millions of litres of stock just going off.
Massive problem of plenty.
Etc etc.
But did the price come down when the ban on sales were lifted?
Noooo

Most of Distell’s wine (by volume) is cheap and nasty stuff, cheap enough to process into alcohol or ethanol : sanitizer for covid or biofuel for loadshedding…

most of their wine is not expensive enough to put into longterm climate controlled storage. There is not much spare capacity of that going