Distell to disappear from the JSE

Remgro will remain a significant shareholder in the new African business.
By Adriaan Kruger 16 Nov 2021  08:01 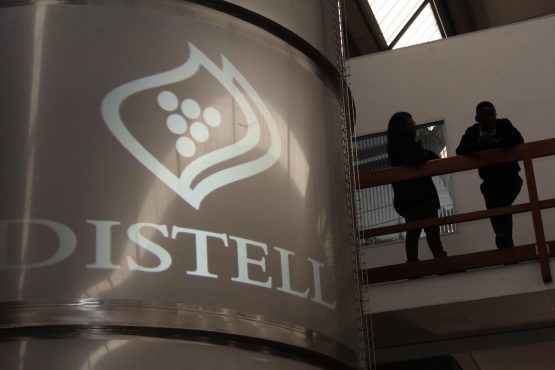 Distell listed as recently as 2000, but its roots go back to 1925. The offer price values the business at more than R40bn. Image: Moneyweb

It’s sad that Distell Group will disappear from the JSE within the next few months following its acquisition by Heineken – not only is another share disappearing from the stock exchange and reducing the investment opportunities, but a piece of SA business history is also fading.

Distell offered investors a unique and interesting investment opportunity, and for far longer than the official listing date of 2000 suggests.

It was formed by the merger of Distillers Corporation and Stellenbosch Farmers’ Winery (SFW) in 2000. Both of these companies have much longer histories. SFW was established in 1925 and the great SA businessman, the late Anton Rupert, formed SFW in 1945, only a few years after founding SA’s first tobacco company.

Today, Distell is credited with manufacturing one in six bottles of wine in SA and nearly 80% of the brandy.

In terms of the transaction, Distell will group its operations into two separate businesses.

One business will contain the locally produced brandy and whisky brands, as well as the cider and other ready-to-drink beverages and wine brands.

Heineken, one of the world’s largest beer brewers, is offering shareholders R165 per share for this part of the business. The plan is to merge this business with Heineken’s other African businesses and house it in a new company (Newco). Newco will include the well-known and fast-growing Namibia Breweries Limited, manufacturer of Windhoek beers and Tafel Lager.

Heineken and its advisors pertinently point out that Newco will not be listed on any stock exchange.

This creates the impression that Heineken would prefer shareholders to take the (generous) cash offer, although they have the option to retain their shares.

Shareholders can also opt to sell only part of their shares and keep the rest.

Heineken will own a minimum of 65% of Newco after implementation of the transaction, with Distell shareholders being able to reinvest and hold up to 35% in Newco. Newco will own 100% of Heineken’s SA beer business; 100% of Heineken’s export business in Botswana, Zambia, Zimbabwe, eSwatini, Lesotho, Tanzania, Uganda, South Sudan and Kenya; and an indirect interest of 59.4% in Namibia Breweries Limited.

The second business will house Distell’s Scotch whiskies, including Bunnahabhain, Deanston and Tobermory.

The formal announcement of the transaction states that these initial steps to restructure Distill into two entities will only be implemented if the transaction receives all the necessary approvals from shareholders and regulatory authorities in SA.

Capevin will also not be listed on any stock exchange. Heineken will make an offer of R15 per share to shareholders who would rather sell their shares than hold shares in an unlisted company, and is also offering to buy only part of the shares from shareholders who want to sell only a portion.

The total offer comes to R180 per Distell share, representing a premium of 53% to the average share price (weighted by volumes traded at different prices) during the three months preceding the day on which Distell first issued a cautionary announcement relating to the proposed transaction.

The offer price values Distell at more than R40 billion, which includes a valuation of R3.3 billion for the Scotch whisky business that will form the new Capevin.

Remgro has stated in a separate announcement on the JSE news service that it will not accept the Heineken cash offer, but is opting to retain all the shares in the enlarged Newco and in Capevin.

“Remgro intends to elect to receive Newco shares for its Distell shares in terms of the scheme consideration and is accordingly expected to be a significant shareholder in Newco,” according to the announcement.

“Remgro does not intend to accept the cash offer to be made by Heineken for the Capevin shares that it will receive pursuant to the Capevin unbundling.

Indications are that this cider, beer and spirits business will continue to grow.

“The offer is testament to the strength of Distell’s leading position in South Africa and growth in select African markets, alongside the value of our brands and people providing the potential to immediately unlock significant value for our shareholders.

“Together, this partnership has the potential to leverage the strength of Heineken’s global footprint with our leading brands to create a formidable, diverse beverage company for Africa.

“We will have stronger route-to-market capabilities with a unique multi-category portfolio, furthering our sustainable growth trajectory and ability to compete on scale,” says Rushton.

“Distell is a highly regarded, resilient business with leading brands, a talented workforce and a strong track record of innovation and growth in Africa.

“With Namibia Breweries Limited, there are exciting opportunities to expand premium beer and cider in Namibia and grow the iconic Windhoek brand beyond its home market,” says Van den Brink.

That reminds me of a quip by former SA Breweries MD Meyer Kahn decades ago when the then SA brewer bought its first brewery in China: “There are millions of throats there.” SAB went on to become the biggest beer company in the world.

Distell shareholders will probably opt for the cash, which is the default option in the scheme of arrangement. At least Remgro will continue to offer exposure to the growing African market, or investors can buy some Heineken shares on one of the international bourses where it is listed.

“Announcements of foreign direct investments into South Africa are coming thick and fast at the moment,” he says.

“The Heineken announcement comes close behind the COP26 announcement of $8.5 billion in renewable energy funding for SA, the R15 billion investment by Vantage Data Centres in a Johannesburg campus at Attacq’s Waterfall mega-development and a substantial investment by Chinese technology giant Huawei in its cloud computing service in SA.

“These are hopeful signs for SA, not just because of the investments, but also that the country is receiving international best practices.

“We can expect assertive action by Heineken. As the world’s second largest brewer, it embraces best of breed technologies in every respect. It will set the standard in this country’s liquor sector for carbon emissions, for instance. It is focused on driving a renewable energy step-change in its production sites: tripling green electricity and piloting new technologies in renewable thermal energy.”

Heineken will have had a close eye on Distell’s growing Africa footprint, with thoughts of growing it, says Bahlmann.

“Distell’s businesses in Kenya, Nigeria and Mozambique all recorded strong double-digit growth as its in-country production philosophy has grown the business across the continent.

“Distell’s African markets outside SA delivered strong revenue growth in the last financial year, of 12.7% on sales volumes which increased by 11.7%. It grew even faster on the African continent outside the Botswana, Lesotho, Namibia and eSwatini countries, where revenue grew by 19.9% and volumes by 20.3%,” he says.

Bahlmann expects that Heineken will continue to use SA as a base to accelerate expansion, mentioning that it announced a $183 million investment in Brazil to expand its Ponta Grossa brewing plant.

Another one bites the dust…..Sad for the SA and the JSE,s reputation but perfectly understandable. Who wouldn’t take their money and run in SA today! Wonder where the big shareholders will be paid out?