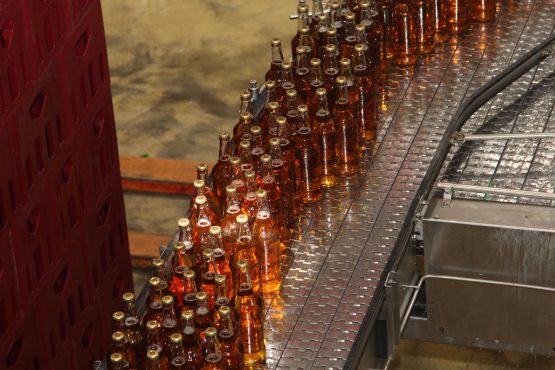 Alcoholic drinks firm Distell is likely to hold off on further investments in Zimbabwe until there are signs it is tackling is deep economic problems, chief executive Richard Rushton said on Wednesday.

He had said earlier this year that if an opportunity arose to invest further in the country the company would look at it favourably, but since then soaring inflation, shortages of basic goods and foreign currency and other problems have worsened.

“It would take a brave individual right now to invest,” Rushton told Reuters by phone after the company reported that its full-year profits had dropped by 1.8% partly because of problems in the country.

While Distell is committed to the long-term opportunity the country offers, he said it wants to see an improvement in currency flows and a plan of action to address the issues Zimbabwe faces coming to fruition before it invests further.

The company is striving to become Africa’s premier drinks brand via an ambitious expansion plan focused on the continent.

While this offers attractive growth prospects, it also exposes it to risks as it pushes into Africa’s tougher markets.

Its headline earnings per share – the main profit measure in South Africa that strips out certain one-off items – stood at 656.4 cents ($0.4308), compared with 688.2 cents in the previous year.

Distell had warned earlier in August its profits could drop as much as 6% after an around 50% plunge in the value of the Angolan kwanza and a R266.1 million credit loss provision related to its Zimbabwean business.

Zimbabwe brings in the eighth-largest share of revenue on the continent excluding South Africa, but its contribution is in the low single digits below Kenya, Namibia and Botswana amongst others.

Throughout the continent excluding South Africa, sales volumes were up 10.3%, driven by markets such as Kenya, Nigeria and Ghana. Rushton said growing further in Kenya, and using this as a base for east Africa, was a priority.

While currency issues in Angola were ongoing and had been painful, he said Distell saw promising signs from the government in Luanda and this remained an important market.

In its South African home market, sales volumes were down 0.9%.

The country’s economy suffered its worst economic contraction in a decade in the second quarter, but Rushton said the decline was due to the impact of a drought on its wine business, which had to make above-inflation price increases, with other products resilient.

International sales volumes were down 10.6%, which according to Distell was in line with its strategy to shift away from lower-margin products and move towards premium wine and spirits.

Distell has also been on a drive to restructure and optimise its operations. This led to R223.3 million of retrenchment and other related costs in the year.

Please leave us alone as we would like be self-destruct. Turning the country into a raging success is not an option. Unfortunately South Africa is following their wonderful example.

Please leave us alone as we would like to self-destruct. Turning the country into a raging success is not an option. Unfortunately South Africa is following their wonderful example.