IPF, a diversified Reit with more than R20 billion in assets locally and abroad, announced an interim dividend of 68.81 cents per share for the six months ended September 30, 2018. IAPF – the only inward-listed Australian Reit on the JSE – announced an interim distribution for the same period of 5.05  (Australian dollar) cents per unit pre-withholding tax (WHT) and 4.65 cpu post-WHT.

Speaking to Moneyweb, IPF outgoing CEO Nick Riley said while it was a tough year for both the group and the overall property sector, IPF had delivered a commendable performance. He said IPF had received a boost from its new investment into a Pan-European logistics portfolio worth R1.3 billion.

“We are seeing attractive returns from our latest offshore investment into the logistics sector in Europe,” he said. “IPF still has about €80 million to be deployed for opportunities in the region.”

“Our investment in the Pan-European logistics sector takes IPF’s offshore exposure to 14.1%. We plan to increase IPF’s income from offshore assets to 20% going forward.”

According to IPF’s interim results statement, its Pan-European logistics portfolio outperformed the initial acquisition budgeted income return of 10.5%, delivering 11.6% during the period. At September 30, the underlying properties in the portfolio were revalued equating to 13.9% capital return on IPF’s initial investment in euro, which it said further underpinned the fund’s investment into the platform. This equated to a capital return of 14.7% in rand terms.

IPF added that it would continue to be a strong supporter of its 20.9% investment in IAPF, which plans to also list on the Australian Stock Exchange (ASX) next year. IAPF would thus be a dual-listed property company on the JSE and ASX.

On the South African front, IPF said the domestic landscape remained challenging and was not expected to improve in the short term. It said the subdued domestic environment had resulted in lower demand for space, downward pressure on rentals, longer void periods, a higher cost to attract and retain clients, and no local acquisition activity. Consequently, net property income (NPI) growth from its South African portfolio tracked historical lows of 1.7%.

IPF said despite the challenging local environment, its overall portfolio vacancy has decreased from 4.0% to 3.1%. Locally the fund is spread across retail (42%), office (37%) and industrial (21%) properties.

It said the office sector experienced significant pressure as a result of the supply/demand imbalance across the major office nodes, while the industrial sector continued to be negatively impacted by the current economic climate. However, its retail portfolio has remained resilient despite the subdued trading conditions, reflecting positive letting activity and recording a low vacancy of 0.8%.

IPF added that there was limited local acquisition activity during the period, with R71.3 million invested into Izandla Property to fund development opportunities. However, it would reinvest R600 million through the recycling of capital from the proceeds of sales of seven local properties.

Riley, who took the reigns at IPF as a 30something CEO in 2015, will vacate the post in December as he is set to assume a broader role within Investec Bank Limited. However, he will remain on IPF’s board as a non-executive director. During his tenure, Riley more than doubled the size of the fund.

IPF has appointed Andrew Wooler and Darryl Mayers as joint-CEOs to take over from Riley from December 1. Both have extensive experience in the property industry and within Investec, with Wooler being IPF’s CFO since August 2015.

In his outlook for the fund, Riley said: “We expect the challenging sector dynamics to continue for the short term. However, recent proactive initiatives by government around investment and job creation are encouraging and support a more positive outlook in the medium to long-term. Against this backdrop, we remain focused on revenue security, delivery of differentiated service to clients and optimising balance sheet metrics, while growing our portfolio through measured expansion both locally and internationally.”

Commenting on IPF’s latest results, Garreth Elston, a portfolio manager at Reitway Global, said: “Investec delivered a solid set of results, especially when viewed against a backdrop of a very stressed local economy. The company’s offshore exposure has softened the impact of the local market, and in particular, we like the Pan-European logistics portfolio. Nick Riley has left a well-positioned, stable company for his successors.” 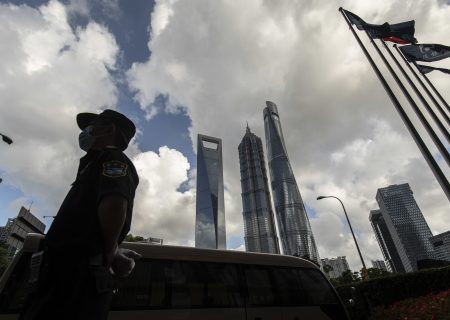