‘Clicks has the best management team on the JSE’ – Mia Kruger
Clicks reports increase in profit, plans to continue expansion
NHI: Where are we today?
CLICK THIS COMPANY MORE COMPANY NEWS SENS
CLICKS 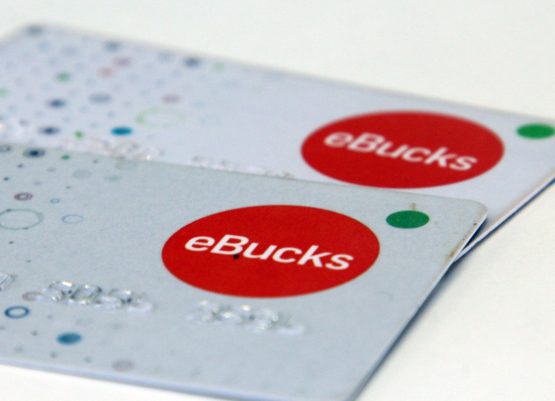 The more the merrier … the bank is pushing the ‘family construct’ especially hard this year. Image: Moneyweb

FNB has announced annual tweaks to its eBucks rewards programme, which paid out a total of R2.4 billion in rewards in the last 12 months. This is a sharp increase on the R1.86 billion paid out over the same period a year ago.

The bank has always contended that eBucks doesn’t just offer rewards for rewards’ sake, like a traditional loyalty scheme. Rather, it uses the programme to drive behaviour change among its clients.

The popular fuel rewards via Engen (including quarterly double-up rewards, where up to R8 a litre is paid back) remain the same, as do discounts of up to 15% at partners Checkers/Shoprite and Clicks.

The basic construct of the programme doesn’t change either. Customers collect reward points for certain behaviours. These then determine their eBucks reward level at the end of every month (for the following month). Their rewards – effectively discounts paid back as eBucks – are based on the reward level achieved. So, for example, an FNB Private Clients customer on level five can earn 2.5% back on qualifying in-store spend on their Fusion or credit card. That same customer on level 3 would only earn 1.2%.

Moolman says the bank has responded to feedback from some customers who said understanding how to move up eBucks levels could be confusing.

It has added a ‘Track my rewards’ tab on the app which shows how many points a customer has collected, with shortcuts to actions that will net additional points.

The four big changes from July 1:

Beyond these major changes, on Premier and Private Clients, thresholds for transaction activity have been adjusted.

Customers now need to do at least six and eight transactions per month on the FNB App  respectively to net 2 000 points (instead of four). There are other new ways to collect points, such as doing two transactions a month on FNB Pay (500 points) and maintaining a “healthy” credit status (up to 2 000 points).

Read: FNB really wants you to draw cash at tills

It has also reduced the qualifying monthly deposit requirements for Premier customers (from R16 500 to R13 500) and created a way for customers to earn their cheque account fees back in eBucks by either holding certain minimum balances in the bank’s investment products or meeting certain requirements with personal loans products.

The bottom line, however, is that it will be tough to remain on eBucks reward level five if you do not hold an:

Alternatively, you would need a linked spousal or child (FNBy) account, with the bank pushing the “family construct” especially hard this year.

You’ll need to likely use at least one of these (or be an all-FNB family) to comfortably be at the maximum reward level.

It’s actually quite easy to get and stay on reward level 5. Although I qualify for Private Clients (I think lately Private Wealth), I am on Gold. The difference in the monthly account fee pays for the Slow Lounge visits, with change. I also earn back a lot more with much less spend.

Correct. The trick is to be on the appropriate bank account (or, ideally, one segment below where you ought to be). Many customers are now on Private Clients when they should be on Premier. This means they get stuck on eBucks Reward Level 2 or 3 because the thresholds are so high for the others.

I know banks have a special psychological grip on people, but come on, ebucks and the like are not games, they’re actual work. The only rule is that the rules will change. How is that fun?

The appropriate account for me whichever is cheapest. (Rule of thumb: it’s the one named in one of the indigenous languages, or with pictures of students in the marketing.) Internally, they’re all the same. Like the grande latte and the americano with free milk and foam. Textbook price discrimination. Although if everyone paid the minimum and not their personal maximum I wouldn’t enjoy the low prices I do. So carry on!

As for features. Anything I can’t find clicking around for 2 minutes online is a big red flag that I’m barking up the wrong tree. What do people call their “private” bankers for, anyway? Investment advice? Marriage counselling?

I find ebucks a waste of time – too much effort for too little reward. Then there are ridiculous restrictions on how I can spend the money. Would prefer getting the money straight into my pocket/account as happens with other reward systems. FNB seems to want to get the maximum out of having a reward system coupled with giving as little away as they can.

I’m unemployed and am still on Level 5, earning a grand plus back in ebucks per month. No effort at all.
And if you want to get the money in cash, sure, it’s a work around, but just do your grocery shopping at Checkers or buy your fuel at Engen, spending ebucks, and the cash you would’ve spent, is effectively, “money straight into your account”.
Oh, and at R4/l of fuel and 15% back from checkers and clicks etc purchases and 2% on everything else… there’s no way the other rewards systems are anywhere near ebucks.

Agree, too much effort for too little reward.

The aim of the system is to keep you entrenched with them.
Nothing more. Making it harder for you to leave to another bank.

Ultimately you have to spend to make money on ebucks… the pool of Ebucks has a limit and you take a portion of this.

Its a complex system depending on which account you have. Best to be on the lowest (Gold)… you score on ebucks… but again too much effort and game play…..

Instead… focus on making MONEY…. not playing Ebuck games.

Whenever they “change” the contents the consumer loses.

Why are some of you always finding reasons to moan. I am retired and with FNB. On Level 3 only due to no Bond, no over draught and debt free. Only use Engen Fuel having worked at the Refinery and do most of our shopping at Checkers. Whatever the E Bucks reward I top up my SUV with Diesel. Money for jam however little.

No effort as you have to shop anyway.