Edcon's landmark Edgars store in the Durban CBD, which was closed down as part of its restructuring. Image: Supplied by Fortress Reit

When first published the article stated that Edcon owns around 900 Edgars and Jet stores countrywide; this did not account for the CNA stores the group has sold. The figure is in fact 730.

The board of embattled clothing retailer Edcon has passed a resolution for the group to go into voluntary business rescue, due to a massive R2 billion economic fallout from the Covid-19 lockdown.

Edcon, which owns around 730 Edgars and Jet stores countrywide, confirmed in a statement on Wednesday morning that it would “file for business rescue in the course of the next few days”.

The group has been trying to turn its fortunes around under new CEO Grant Pattison and in March last year secured a R2.7 billion “recapitalisation funding” lifeline from the Unemployment Insurance Fund (UIF) via the Public Investment Corporation, existing lenders and several of its landlords to stay in business.

Read:
Edcon gets a lifeline from the public, landlords and lenders
Edcon sells CNA to JSE-listed consortium

“Following the coronavirus outbreak in South Africa, and the president’s first announcement on Sunday, March 15, Edcon has lost R2 billion in sales. The sales miss, and the decline in collections of the debtor’s book has meant that Edcon is unable to pay its suppliers for both the March and April month-ends. Paying April salaries will require assistance from the UIF Covid-19 TERS programme,” the group noted in its statement.

“Edcon also anticipates that the sales will be depressed for some time during the ‘Covid-19 Risk Adjusted Strategy’ phase, which may last several months. The R2.7 billion [circa R230 million of which was still due to be received to March 2021] cash provided to Edcon in the last restructuring has been substantially utilised funding the losses for the financial years ending March 2019, and March 2020, as planned. Edcon was on track with its business plan to the end of December 2019.”

Pattison says Edcon’s stores will open on May 1, but we will have do so under business rescue.

“This decision was made in the best interest of our company and all our stakeholders. In the short time that has been available to us, we have been unable to raise the funds needed to pay the creditors for the March and April month-ends. 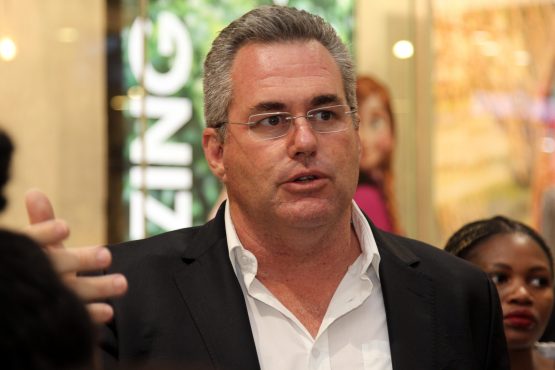 “In this circumstance, South African law requires that the company either be placed in liquidation or business rescue. To provide us with a longer period to raise the money, the board has taken a decision to file for business rescue,” Pattison adds.

“We will be working closely with the appointed business rescue practitioners , shareholders and government to find a way to plug the financial hole. It is my hope that some version of the business will emerge to continue to serve customers,” he said.

“The safety and well-being of our employees, customers and partner employees is our priority as we open up again. I am unable to provide any further information at this stage other than to say that the company will continue to keep you updated on developments as the situation unfolds,” Pattison pointed out.

Listen: Edcon will not be the last retailer to suffer under Covid-19

The ONLY version of Edcon if it is to survive is for the current Board to dissolve. They had the opportunity with Public Pension money ….. and look what was achieved …. ZERO …. money GONE ….HUGE salary paid …. NO sales in peak season trade (Nov – Jan)… USELESS all of the execs at Edcon.

Administrators should seek competent people with the right experience in discount retailing.

There are many who would “jump ship” from Steinhoff’s Pepkor.

Both were great companies in the past – This will shutter them forever !!!

Delaying the inevitable…they have no cash and nor do consumers-this is unlikely to end well.

big mistake of not changing…the massive floor space model is from the 90’s. Edgars made it even bigger.

The mind boggles that any company would over gear to the extent that Edcon did. Clearly they have survived on a month by month basis sailing close to the wind for a long time, without any capital reserves.

legacy of delisting at the peak in 2007 using euro-based debt instruments. You can thank the gung-ho Americans for that.

Edcon should go back to the drawing board and look at 3 areas – buying of merchandise and stock levels: floor space; and cash flow. Edgars has a history of over supply in their shops and then having to get rid of the stock at end of season

You Sir/Madam have lifted my heavy heart with your comment. I hope someone in the Edcon board could see and act on your comment.

NB: My heart is not heavy because I am affiliated, in way, with Edcon. I am just saddened by the possible axing of employees while we are still dealing with SAA and the C-19 pandemic.

For me it is always sad news to see big corporate and well-known brands going down this path. Especially when companies are in existence in excess of 50 years and longer.
I agree with the comments of grahamcr, but would like to add that when companies decide to act like banks and provide credit to such a large customer base, if not managed properly and credit limits of individuals are not approved diligently, you are looking for trouble. Credit offered by the Group was not only for in-store purchases, but almost anything if you were a “club”-member. This is a recipe to increase your cash flow deficit substantially.
Still, hope the Group can rise out of this situation with limited impact on jobs.

For the life of me I do not understand this “business practitioner” thing!? Are they better qualified, experienced, add more value, than the 10’s of executive’s in their relevant qualified positions already employed to do the job, AND the company’s auditors!? Just get rid of the executive now and get the business practitioners to take over in that case,and perhaps profitability will be restored almost immediately on package savings alone! What happens to a Business Practitioner business when it runs into trouble, now there is a question-lol?

Rescue practitioners should be remunerated according to the degree of rescue not time spent.

Snowy I agree with you, a lot of these boards are just old boys clubs, gin and tonic execs little ego trips. There are some that contribute, but the board meetings are generally lead by the chairman and the MD/CEO and the board just nods. Ask me, I have been there.

As for this new thing of BRPs. Are they super accountants, super directors? Do they supposedly sit on the fence and look at the business from out of the box, no sentiment, no upsetting the CEO point of view. what the directors should do.

I do believe that a lot of the time they are thinking about their fee……….one of those it may or may not work but its only my fault when it works. Like the disclaimer on page one of your financials the accountant takes a year to draw up and charges you a fortune for.

Risk and potential in Edcon’s Absa deal (June 2012) – the now infamous Absa deal!
Article (not exhaustive – by Samantha Enslin-Payne on June 8, 2012
Edcon’s R10 billion sale of its store cards to Absa would have positive spin-offs for the retailer and the bank, but the transaction presented possible constraints for both companies, analysts said yesterday.
The deal, announced on Wednesday, will result in Absa buying Edcon’s store-card portfolio of 3.8 million active account holders.

And what did our friends (backward trading is an exact science) Moody’s at the time had to say about the deal?

Moody’s Investors Services said the proposed sale was credit positive mainly due to the expected reduction of Edcon’s high debt of R26bn. Its credit profile would benefit from the elimination of underwriting risk, the removal of the funding requirement for its receivables book, and the continued face-to-face interaction with its customer base.

But the removal of underwriting control of the receivables book was a potential constraint to future revenue growth should their strategies diverge, as 51 percent of total group revenue was based on credit sales, Moody’s said.

Oh, really Moody’s? You just cost the SA Pension Funds a lot of money by calling it ”credit positive”!

Lets see if my comment is posted, I have like a 10% success rate. If everything was on track until December, and lockdown only came around a month ago, what happened to the cash in that spare time? Important, hard cash paid into ed-CON was not from landlords and excisting lenders, it came from UIF period. This was a bailout with corparate a balance sheet raid, everyone in the industry knows it. Salary was a R1mil a month for 2019 FYI

Pure politics. The UIF should never have placed money via PIC. Edcon model was doomed years ago.
How this investment via PIC was approved boggles the mind.
who was running the show and how was it approved?