SA Taxi CEO Terry Kier said that any shift away from taxis that use fossil fuels will be a ‘medium- to long-term project’.
By Duncan McLeod 19 Jan 2022  09:58 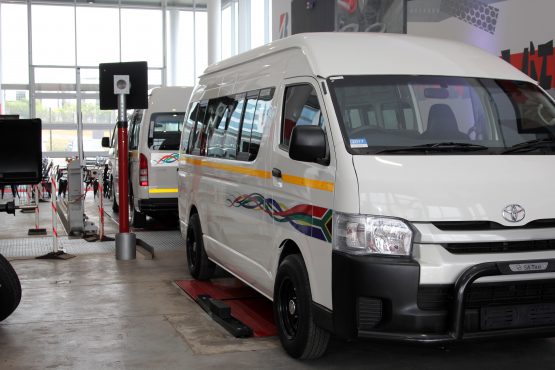 SA Taxi, a subsidiary of JSE-listed Transaction Capital and a major player in South Africa’s minibus taxi industry, has said it plans to trial electric taxis in the country.

But in a Q&A published as part of Transaction Capital’s annual report on Tuesday, SA Taxi CEO Terry Kier said that any shift away from taxis that use fossil fuels will be a “medium- to long-term project”.

“We will remain an active partner in facilitating the shift to EVs (electric vehicles) in the minibus taxi industry, doing our part to resolve the complexities to the extent we can, given our sphere of influence,” he added.

But Kier also moved to temper expectations about the speed at which the industry might move to EVs.

“There is a great deal of interest in electric vehicles, particularly their ability to transform public transport. However, we need to balance this excitement against the complexities our unique South African context presents to the viability of this mode of transport,” he said.

“Firstly, the tax regime and incentives for electric vehicles are not yet conducive for import; an electric taxi will cost around double that of a locally manufactured diesel minibus taxi as things stand.

“However, government is currently reviewing excise duties on these vehicles, which should reduce import costs in time. As heavier vehicles (due to the weight of batteries), electric taxis also require different towing infrastructure,” Kier said.

Impact to the fiscus

“There is an additional weight consideration for road infrastructure itself, considering the wide reach of the minibus taxi industry. Batteries also reduce the number of passengers compared to traditional minibus taxis.

“Beyond logistical considerations for the vehicles themselves, there are questions about the impact to the fiscus. The minibus taxi industry is a large fuel user and pays tax on every litre bought, which means a large loss of revenue. Also, as we know, electricity costs and supply are major issues in South Africa, so electrifying a fleet of minibus taxis will need to be considered in light of this constraint,” Kier said.

“I am not suggesting that electric taxis do not have a place in our longer-term strategy, but there are many stakeholders that must be included, and constraints considered and planned for, to successfully replace the fleet.”

Beyond logistical considerations for the vehicles themselves, there are questions about the impact to the fiscus

“This requires more than an investigative journey – it needs a practical solutions-based approach to find a way through the complexities. Given our role in the industry, we are at the forefront of many of these discussions and are investigating key issues with our stakeholders. As always, our approach is grounded in the practical consideration of the real benefit to commuters and operators, especially as operators’ livelihoods depend on the success of their small businesses.”

SA Taxi finances taxi drivers and taxi entrepreneurs who operate minibus taxis and who may not otherwise have access to credit from traditional banks.