CEO says mandatory offer triggered by the real estate fund’s major shareholders now owning over 35%, but there are no plans to delist.
By Suren Naidoo 29 Apr 2021  00:01 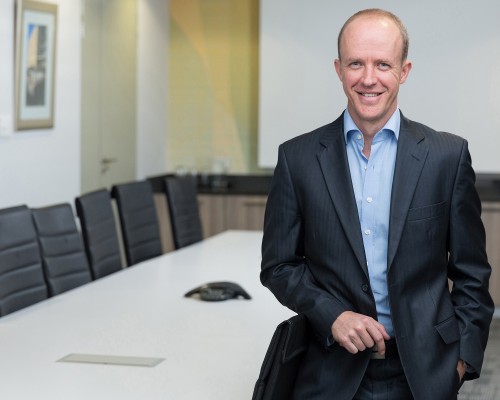 Former Emira CEO James Templeton is one of the directors behind I Group Consolidated Holdings, which now owns over 35% of the fund. Image: Moneyweb

The share price of Emira Property Fund shot up over 7% on Wednesday, closing at R10.34, its highest level in over a year following news of a buy-out offer being led by Maitlantic 10, a subsidiary of the fund’s major shareholder I Group Consolidated Holdings.

Emira and Maitlantic announced the firm offer on Friday in a JSE Sens statement, but the market seems to have taken a few days to digest the news due to the Freedom Day public holiday on Tuesday.

Cape Town-based Maitlantic and Clearance Cantara Master Fund Limited, a hedge fund based in the Cayman Islands, are set to make a R2.86 billion joint offer for the remaining shares in Emira.

The offer follows Maitlantic securing a further stake in Emira, which has effectively boosted I Group and its related subsidiaries’ shareholding in the JSE-listed fund to over 35%.

I Group is a privately held property holding and development company, which counts former Emira CEO James Templeton as one of its directors.

Current Emira CEO Geoff Jennett tells Moneyweb the offer from Maitlantic is a mandatory offer triggered by I Group and its subsidiaries now owning over 35% of the issued shares of Emira. “According to the Companies Act, once a group has more than 35% interest in a company, the group needs to make a mandatory offer to the rest of the shareholders. This is what the I Group is now doing, and they have brought in Clearance Cantara Master Fund as part of the offer to the balance of Emira’s shareholders,” he says.

Not a takeover bid

“However, this is not a takeover bid … There are no plans for Emira to delist or anything like that. In fact, other existing shareholder groupings have indicated that they are not in support of the planned offer,” adds Jennett.

“I Group increasing its shareholding in Emira is a vote of confidence in the fund and its management, even in the face of Covid-19 uncertainty, especially in the listed property sector,” he says.

Read: Emira sells down in Oz, doubles US investment to R1.1bn

Templeton tells Moneyweb that I Group’s current +35% stake in Emira is valued at around R1.83 billion, making it the group’s single largest investment.

The I Group directly owns six shopping centres in South Africa, in addition to an 8% stake in JSE-listed and Poland-focused property fund EPP. It also owns a 26% stake in Collins Co, a subsidiary of JSE-listed property holding group Tradehold.

“Since 2017, I Group has been incrementally growing its stake Emira because we believe that it has value, relative to some of the other listed property counters,” says Templeton.

“The only reason we are making an offer for the rest of Emira’s shares is because we are forced to, in terms of the Companies Act and now owning over 35% in the fund … It is technical, but we have to make a mandatory offer,” he adds.

“We have support for the offer from our funders and need to go through the process, which should be completed by October. However, ours is not a takeover bid and we don’t have plans to change the fund’s management,” Templeton notes.

“Th Emira Property Fund shot up over 7% on 28 April 2021, following news of a buy-out offer being led by Maitlantic 10, a subsidiary of the fund’s major shareholder I Group Consolidated Holdings Led by James Templeton.”

Funny how words can be twisted “as needed”.