Emrie Brown to take over from James Formby as RMB boss Brown, who has a more than two-decade history at the group, will replace James Formby, who has been in the role for seven years.

According to RMB, Brown began her career with the group in 2001 as a transactor and became head of leveraged finance in 2006.

“In 2009 she moved to Cape Town to head up the Western Cape investment banking team. She relocated to Johannesburg after being appointed as co-head of the Investment Banking Division in July 2015,” the group said.

“Brown is currently the head of RMB’s Banking Division [which includes corporate transactional banking, investment banking and coverage], which represents the most significant portion of RMB’s total earnings.”

“She has extensive experience in investment banking and holds strong, long-term client relationships,” it added.

“I am humbled and honoured to be appointed as the next CEO of RMB. I am following in the footsteps of remarkable CEOs before me that have built a business that I am proud to have been a part of for most of my banking career,” said Brown.

Commenting on the change in leadership, Formby said: “I am delighted to be able to pass the baton to someone of Emrie’s talent and experience. The time is right to hand over and I have the right person to hand over to.” 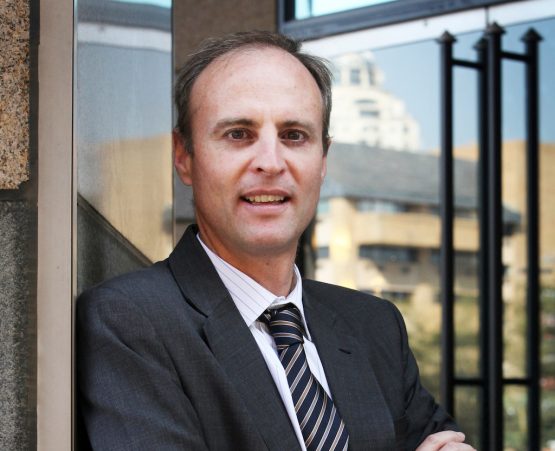 Outgoing RMB CEO James Formby, who will exit the role at the end of September 2022. Image: Supplied

RMB noted that Formby has a number of options available to him within the broader group, which he is considering.

“Emrie taking over as RMB CEO endorses the group’s approach to succession planning, which is designed to ensure strategic and operational continuity at our customer-facing operating businesses,” said FirstRand CEO Alan Pullinger.

“Her long and successful track record in the business and the quality of her client relationships, combined with the fact she is already overseeing the largest business unit within RMB, mean that she is the natural successor to James.”

“The group is grateful to James for his stewardship of RMB, which, during his tenure, continued to be a leader in the markets where it operates, generating growth and returns for FirstRand shareholders,” he added.