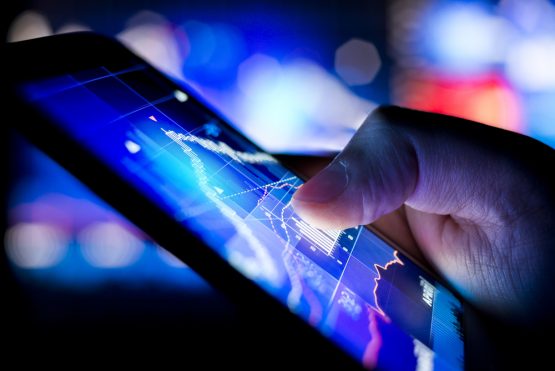 Shares in EOH Holdings soared nearly 20% on Monday, ahead of interim results on Tuesday, as investors began taking the view that the worst may be over for the battered JSE-listed technology services group.

The shares were up 18.4% at 1.30pm in Johannesburg following a trading update published last week in which EOH warned that its earnings would plummet on the back of major impairments.

Its shares touched a near-decade low of R9 — an intraday loss of 19.8% — after the update was released on Friday, but they have since rallied strongly as investors warmed to CEO Stephen van Coller’s efforts to clean up the company.

EOH said it would post a headline loss of R9.93/share for the six months ended 31 January 2019. However, revenue would remain stable at R8.4-billion and operating costs would remain roughly unchanged (after the exclusion of the impairments and other one-off items).

Normalised earnings before interest, tax, depreciation and amortisation would be R387-million.

EOH’s share price has fallen spectacularly this year, in part after TechCentral revealed in March that Microsoft had terminated its channel partner agreements with the company over possible malfeasance involving a department of defence contract.

The company said on Friday that interim earnings — a loss of R20.99/share — would be impacted by, among other things, impairments to goodwill, intangible assets and equity-accounted investments of R10.92/share.

EOH emphasised that its net asset value — “notwithstanding the non-cash-flow items” — was R4.6 billion, including cash of R957-million, at the end of January 2019. This was “substantially above” the group’s market capitalisation, it said.  — (c) 2019 NewsCentral Media

@Dayview Give it a few bags on the way up, and you will be loving it. #RetailInvestorsAreMuppets

Simple way of deciding if its a buy or not…
EOH should disclose who of the original entrepreneurs who sold their businesses into the group are still on board..out of the 200 odd companies they charged around town buying. Bin the segment reports etc, tell the story of who is actually still on the ground and running their operations.
If a large number are still around then it may be a buy…otherwise if they have now got accountants running them all, which for these acquisitive groups is inevitable as they concentrate on numbers instead of people and service, …run a mile as the end is in sight.

Good point. I think some contracts stipulated that shareholders had to stay at least 5 years and share lock-in was 3 years.

if you are a professional analyst, no wonder people are unable to retire comfortably in this country.

seriously? Is that how you make your buy/sell decisions?

But:
– tangible asset value? (remove that R3.1 billion of goodwill accumulated by over-paying for business and we have a different NAV story).
– New contract revenue? Doubt EOH will be winning new business.
– Fixed costs that can’t be easily removed despite lack of new work?
– Cashflow from operations R82 million? Supporting NAV of R4.8 billion?
Nah.

Your cashflow comment is spot on. I can’t see any other companies agreeing to sell to EOH for some time so their future is going to be built on what is left, growing organically and generating cash. Their acquisition story is done. R82m cash generation …. say R750m valuation… to be kind?