Delays and alleged duplicity mean Malaga Medical International is out of pocket by more than R8m, a substantial hit for a relatively small business. Image: Moneyweb

JSE-listed technology group EOH has been accused of ignoring calls for an independent investigation into a subsidiary company, Healthshare Health Solutions, which is accused of sabotaging a client’s business.

It’s an odd story, and relatively small potatoes in terms of the claimed financial damage, but it raises questions about EOH’s much-publicised campaign to rid itself of any shady dealings.

The group has been swimming in controversy over irregular public sector contracts, that resulted in Microsoft terminating a contract with subsidiary company EOH Mthombo after a whistleblower report alleged corruption in a defence software deal.

Several directors resigned from the board in July, around the time a forensic investigation by ENSafrica suggested about eight people were involved in a suspicious transaction worth about R1.2 billion, between 2014 and 2017. On smallcaps.co.za, analyst Keith McLachlan points out that not a single member of the 2016 board remains in place today.

Stephen van Coller was brought in from MTN to bail water and steady the ship. He issued a ‘new dawn’ document promising to restore trust and accountability. Whistleblower channels were put in place, including the anonymous ExposeIt app, encouraging whistleblowers to come forward with information.

It is in this context that the story takes place.

The latest allegations come from Malaga Medical International, which operates the Concordia Lodge in Midrand and provides specialised accommodation for visiting medical patients sent by the health ministries of two African countries. Malaga was required to send its invoices to wholly-owned EOH subsidiary Healthshare Health Solutions (Healthshare), which would audit and thereafter submit the invoices to the African health ministries for payment. The latter required this for purposes of simplifying the payment process.

Soon thereafter, Malaga experienced payment delays on its invoices. In early 2016, Healthshare recommended bringing another company, SA Healthcare HMC (Healthcare), into the picture, which it said would expedite payments. Healthcare was made to appear as a separate company from the EOH subsidiary, but was in fact the ‘alter ego’ of Healthshare, says Malaga’s attorney Joel Shoot.

The names of the two companies are similar, but Healthshare is owned by EOH and Healthcare is not – yet they share the same directors, employees, office premises and systems, says Shoot.

A criminal complaint by Malaga alleges fraud and racketeering by the EOH subsidiary. The complaint further alleges that EOH founder Asher Bohbot, its CFO John King and three others are criminally liable in terms of Section 34 of the Prevention and Combating of Corrupt Activities Act for failing to report their knowledge of the racketeering scheme.

When contacted by Moneyweb, EOH said the matter was already the subject of a court case and it did not want to deal with the merits of the dispute outside the court process (see full reply below).

The EOH-owned Healthshare was supposed to audit and submit Malaga’s invoices for payment, while the ‘alter-ego’ company Healthcare would receive a varying percentage of the payment from Malaga, depending on the size of invoice.

A contract was signed and Healthcare committed to acting on behalf of Malaga, following up and visiting the foreign countries to collect payment.

From June 2016 to March 2017, commissions of R1.5 million were paid to Healthcare in the belief that it was performing the services as promised.

In a criminal complaint, Keevy says:

“[We] were unaware that Healthshare had deliberately orchestrated a scheme to delay payments to [Malaga], which had caused (or at the very least exacerbated and contributed to) a severe cash flow crisis in [Malaga’s] business,” says Keevy’s complaint.

He adds that the purpose of bringing Healthshare into the picture – purportedly to expedite payments – was nothing more than a ruse after the EOH company Healthshare had delayed the submission of invoices to the African ministries for payment.

Healthcare had no intention of visiting, following up invoices or collecting payment on Malaga’s behalf, adds Keevy.

Malaga launched civil proceedings against Healthcare in 2018 for damages, and that case is still ongoing. It turns out the African health ministries had never heard of Healthcare.

When EOH was requested to investigate whether all service providers experienced the same delays, it refused to do so, according to Keevy.

The result is that Malaga is out of pocket by over R8 million, which is a substantial hit for a relatively small business.

Apart from the issues in the civil claim, Malaga decided in 2019 to take advantage of EOH’s offer to investigate the broader instances of malfeasance and wrongdoing.

When Van Coller issued his ‘new dawn’ document in February 2019 encouraging whistleblowers to come forward, Shoot lodged his complaint, but says his requests for a transparent and independent investigation have been brushed under the carpet. In his complaint to EOH, he says there were broader issues of malfeasance that he raised and that these had to do with the way EOH was handling complaints.

When the broader pattern of unethical and unlawful conduct was reported, Shoot says he was shocked that instead of meeting with an independent law firm, he instead met two “examiners” who turned out to be on EOH’s payroll. Initially they told Shoot that the matters were being investigated. The two examiners were employees of an EOH Group company called XTND, which replied that they would not be investigated further.

Shoot also lodged a complaint with the National Consumer Commission (NCC), which is still awaiting resolution.

Shoot says EOH is operating a duplicitous scheme “which purports to offer whistleblowers a service whereby reporting of unlawful conduct and acts of corruption in the EOH group of companies would be investigated by a firm of independent attorneys. No bona fide investigation was done. The reporting and investigation scheme did not function as it was publicised. The EOH scheme is deceptive and misleading. There is a lack of fair and honest dealing, accountability and transparency.”

Shoot’s complaint to the NCC extends to the use by EOH of law firm LS Attorneys, which he says is inextricably linked to the EOH company XTND. They share the same offices and are not independent and do not participate in genuine investigations, as promised by Van Coller in his ‘new dawn’ undertaking.

“We have engaged Joel Shoot extensively and endeavoured to do so constructively. We do not intend to engage with him through the media. He acts on behalf of Concordia [which] was in litigation with EOH for several years and [we] do not wish to deal with the merits of the case outside of the court process. He requested extensive documentation from us and we directed him to our internal process for the procurement of the relevant information. We await his request in this regard.”

The allegations by Shoot appear well-founded and substantial.

The response by EOH is evasive and just what one would expect from a slimeball operator that’s been caught out.

The ethical leadership in SA business is appalling almost everywhere one looks.

What worries me greatly is the abject silence on these issues by business organizations, law societies, and politicians.

All of them should be demanding that management and executives caught behaving unethically should be stripped of any license to practise in their industry, let alone continue in that particular company.

The most dangerous elements of a Capitalist society are those greedy, dishonest individuals in leadership positions that abuse the privilege of their opportunities.

I disagree. This sounds very much like a one-sided story that Malaga is using the media as leverage in some sort of disagreement. I’m with EOH on this one, let the matter play out in the court of law rather than the court of public opinion.

This matter is “already the subject of a court case” with litigation ongoing for “several years”. So basically this “news” is several years old. The corruption is clearly a legacy issue, and Stephen van Coller has done an outstanding job to right the ship. Anyone who cannot see this is stuck in the past.

Our company is also embarking on a legal case against EOH for non deliverance of a software system. Their IT team is highly incompetent and useless. They seem to have grown by leaps and bounds on a very weak foundation and its all starting to implode because they bit more than they could chew.

Any recommendations of a good legal team that could take them on.

ouch. I’m very weary of using eoh based on this.

Jonnoxx are you referring to Free Capitalism or State Capitalism? It doesn’t really matter as one is as corrupt as the other.

Why are you asking then? 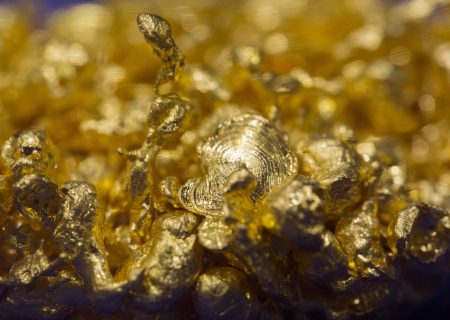