Broadcaster looking to position itself as ‘super aggregator’ of content.
By Duncan McLeod 16 Jun 2020  00:29 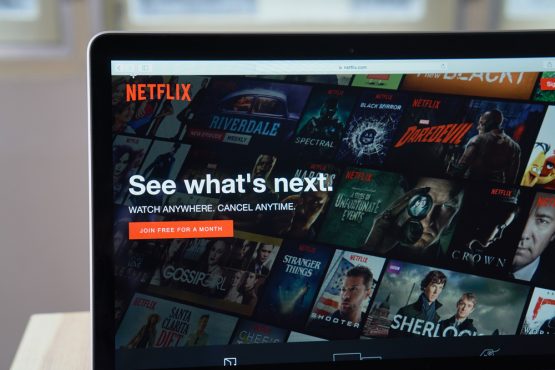 MultiChoice Group has decided to carry competing streaming television services on its upcoming Explora personal video recorder (PVR) decoder because the broadcaster wants to position itself as a “super aggregator” of content.

That’s according to chief financial officer Tim Jacobs, who said in an interview with TechCentral on Wednesday evening that as more and more studios go directly to consumers, it is becoming increasingly frustrating those consumers to pick content packages and pay for them.

TechCentral reported on Wednesday that MultiChoice had signed agreements with Netflix and Amazon.com to offer the companies’ streaming services through its next-generation Explora PVR — expected to be an Internet-connected, 4K-capable set-top box.

As more studios go direct to consumers, consumers have to make multiple choices about what content they get

In a presentation published on its website alongside its 2020 financial results, MultiChoice said in a section headlined “Further enhancements to customer experience — improve retention”, that it had signed the Explora content deals with Netflix and Amazon. The presentation suggested the services would be available as apps on the PVR.

But in his interview with TechCentral, Jacobs said the Netflix and Amazon names were there only as examples of international streaming companies. He said MultiChoice could only confirm that it has struck deals with two major subscription video-on-demand partners.

In TechCentral’s estimation, it’s almost certain that the companies it’s struck those deals with are, in fact, Netflix and Amazon, and that including them in the presentation was done by mistake.

“While we can generically talk about some deals that we’ve signed, we can’t actually talk about the specifics,” Jacobs said, adding that a full announcement will be made within the next week or two. “It’s very close to being launched.”

Explaining why MultiChoice would include competitor services on its platform – after all, Netflix and Amazon Prime Video compete head on with its own Showmax and DStv Now offerings – Jacobs said: “We are providing choice, simplicity and convenience to the subscriber.”

He explained that there is little overlap in terms of content between the services. Under this new model, customers can engage with MultiChoice and get access to its linear broadcasting and streaming services alongside international brands, “which bring their own unique content”.

“As more studios go direct to consumers, consumers have to make multiple choices about what content they get. They are having to do that individually. That’s not a nice user experience, to go through three or four different apps to get to the content,” Jacobs said. Instead, MultiChoice wants to position itself as a “super aggregator”, where it becomes the “go-to shop where you pick and choose what you want to watch in a very easy-to-access platform”.

This presumably means that the consumer’s billing relationship for services like Netflix and Prime Video will be with MultiChoice, though Jacobs declined to comment, citing confidentiality agreements ahead of the formal announcement.

Best hustle, Roku is coming for you…

I have never subscribed to DSTV because I reckon that paying a monthly fee to priss your life away sitting passively in front of a screen for hours each day is a poor deal, whatever the supposed entertainment. But I have invested money into that business in a variety of ways and scored a fortune – especially through phutumanathi, which is still cheap – go and buy some.

I just cancelled my DSTV premium package. I am tired of their “tired, repeat” ” programmes. No more Saturday Night Live, no more Elementary or Sherlock. I have had DSTV for 20 years. I am tired of DSTV commercials WHILST I am on DSTV. I know I am not alone.

Good point, but in their defense, that is exactly why they are trying to bring ‘newness’ to their offering.

I for one enjoy the live sport. I just need to watch 1 game of football , England, Spain, Italy or Germany, and that pays for my monthly subscription.
Watching Bloomberg once a week is for free.
It’s a personal choice.

In my opinion, the Problems are (A) There is no Competition to Multichoice in the RSA, therefore they continue dishing out REPEATS & ADVERTS and cancelling Channels (B) The price we pay for what we get is a RIP OFF! (C) More & More people are cancelling DSTV as they can’t afford it, but NO ONE back in Randburg realizes this!(D) No Money available, one of the reasons is the upcoming Bonus which will be paid to the out-going CEO in September? (E) My personal rating of DSTV is VERY POOR!

we downgraded to Compact plus earlier this year but quite frankly I’m beginning to think that is a waste of money. The most annoying thing is watching a programme, probably a third time repeat, being interrupted by endless promotions for DSTV. what a pleasure to watch a series on Netflix with no interruptions. Also frequent error codes on our explorer results mostly in being told we need a new unit on the satellite,dish, call out plus part R1750. we are fortunate to have uncapped fibre, goodbye DSTV.

Forest for the trees, people are not seeing the bigger picture here. Multichoice is not doing this to become the aggregator of all content, it is doing this so that it can obtain a foothold in more homes and try to make some money of shipping devices. Having a device in your home that can stream while placing your brand in the subconscious of the user gives you the opportunity to sell to them in future. I suspect that Multichoice branding will be all over this device (externally and internally) like a Nike running shoe. With the access to fibre growing Multichoice knows it is on borrowed time.

I, like millions of other South Africans, do not want to be ‘aggregated’ by DSTV.

I wonder if Multichoice will be the only way to access Netflix and Amazon.com for South African consumers in future?
Lots of emotion around Multichoice which makes it interesting from an investment point of view. The sports side of the business is intriguing as they pay huge amounts of money to broadcast events which very few people watch. A large part of ZA professional sport relies on these deals and this will be their undoing.

I’d love to see DSTV release the stats of how many households downgraded from DSTV premium during “lockdown”. A lot of people claim they only have DSTV premium for the sports channels.

We have Netflix as well as DStv Now and Showmax (piggybacking off a relative’s account). Was curious about Amazon Prime so signed up for the 7-day trial. Doesn’t seem to have that much going for it. A couple of series that have received good reviews, like Sneaky Pete, but otherwise there seems to be a ton of Bollywood content. Movie selection also pretty lame. However, the bottom line is you can sub to Netflix and Amazon Prime and still be spending way less than a DStv sub. Of course you do need a good fibre connection which will run you around R500 or so a month for 10 Mbps but we consider that a must-have regardless.

Duncan – you may want to check this – rumour has it that Oom Koos and MC execs – impeccably connected to SA Government made it clear to Netflix et al that if they do not conform and agree to a great deal for MC, the SA Government will block their streaming services in SA.

With friends in high places and connected cadres running MC (also a deal Oom Koos had to agree to) who can refuse them?