First-half profit surges over 25%, as group sees double-digit increase in sales despite impact of the July unrest in KwaZulu-Natal and parts of Gauteng.
By Suren Naidoo 8 Mar 2022  11:44

How Checkers Sixty60 dominates the on-demand grocery market
Why Sibanye-Stillwater is a top long-term investment
What would Woolies do with R10bn-plus from David Jones sale?
CLICK THIS COMPANY MORE COMPANY NEWS SENS
WOOLIES 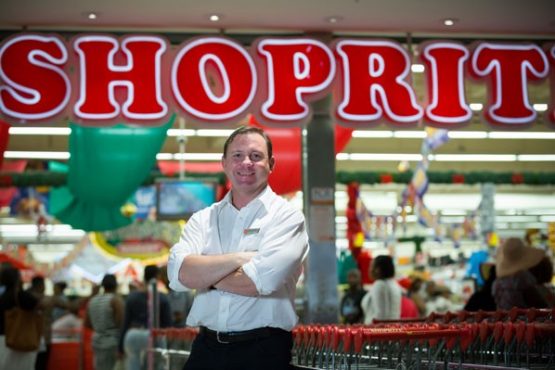 The group on Tuesday reported double-digit (10%) growth in overall sales from continuing operations for the half-year, while its ‘Supermarkets RSA’ business delivered even higher sales growth of 11.3%.

This is despite the impact of the July unrest in KwaZulu-Natal and parts of Gauteng, which affected more than 250 of its stores.

This saw Shoprite declaring an interim dividend per share of 233c, representing an increase of 22% compared with its 2021 first-half (191c).

“The extraordinary growth in sales and profits reported by the group for the first half of our 2022 year is testament to the capable people of Shoprite, united in their commitment to the group’s millions of customers throughout South Africa and Africa,” said Engelbrecht.

“The execution strength demonstrated throughout our supermarket, furniture and franchise businesses – during what can only be described as some of the most difficult times South Africa has seen for many years – was unsurpassed,” Engelbrecht added.

“Delivering a 25.5% Heps growth from continuing operations in a difficult environment is a result of world-class execution of a clear plan, underscored by our daily obsession with affordability for our customers,” he stressed.

Engelbrecht noted that the group had seen continued growth in all off its retail brands, including Shoprite, Checkers, Checkers Hyper, OK and USave.

“Our South African supermarket business, representing 79.5% of group sales, increased sales by 11.3%. Despite having two of our large format Checkers Hypers still closed due to the July 2021 civil unrest, all of our supermarket brands grew sales ahead of the market,” he said.

“After being closed for much of last year due to lockdown regulations our Shoprite and Checkers LiquorShop business, which constitutes 7.4% of the segment’s sales, increased by 49.8%,” he added.

Now if only they would increase the size of their Liquorshops… Imagine how much money they would make.

There is just something quite not right about the “extraordinary growth in Sales and Profit” story here. If, during the Covid years, one food retailer did double the sales of its competitors, you have to ask “how?” And then ask…who were the auditors? Call me paranoid but the Steinhoff, African Bank, Tongaat EOH successes followed by their collapse makes me wonder what is true anymore!

Shoprite is way ahead of its competitors in terms of their strategy of pushing volumes of goods , and they are now attracting new middle class and high end clients feeling the pinch. Pick n Pay seems to have only now caught a wakeup call but they are playing catchup. As for Spar , expect someone to buy them out if they do not turnaround soon.. .