Food services franchisor Famous Brands, saw its share price dropped over 5% to R46.05 by 3:10 pm on Friday, when it reported that it expects earnings to be at least lower 20% than those reported for the six months ended August 31, 2019.

The expected drop reflects the impact of the Covid-19 crisis in its South African, UK, and rest of Africa and the Middle East (AME) markets.

This can be seen in South Africa, for example, where restaurants were restricted for five weeks from the end of March, during the hard lockdown.

“Prescribed restrictions in the AME region were slightly less onerous, affording some trading activity,” it said in a trading statement.

“The gradual easing of restrictions in SA and the UK in the second half of the review period enabled us to reopen parts of the business in compliance with regulations, however, significant components remained in hibernation until July.”

The impact of the pandemic has forced it to accelerate its three-year plan to “right-size” its business operations. This has seen it commit to reducing costs and preserve cash to facilitate balance sheet flexibility.

Famous Brands says it has had some success in achieving these goals, as it has not had to use the R300 million contingency facility raised during the period.

Even so, the impact of the Covid-19 crisis hurt earnings.

The group announced that in a few weeks it will be selling its 51% stake in the tashas café chain back to the Sideris family.

It said though its AME operations delivered a solid result in less stringent trading restrictions, system-wide sales in this region still declined 30.1%.

Its manufacturing and logistics divisions were also hurt by the lockdown as only one of its manufacturing plants, Lamberts Bay Foods, was permitted to operate given its essential service provider status.

For its part, its UK operations saw system-wide sales drop 66.2%.

This loss will include a R1.3 billion impairment on its investment in the GBK UK business.

This impairment means that GBK UK has now been impaired in full at Famous Brands Group level.

Not an easy year.

Franchisors should pay closer attention to the quality the franchisees dish out . food at Northgate wimpy is shocking . another problem is staff in SA do’nt gow up cooking these foods. pap and vleis not like burgers and chips

As a Franchisee of Famous brands I have felt the aftermath of this devastating pandemic.
My stores have shown a drop of 52 and 47 percent since April with a slight recovery for both August and September.
Should the Landlords and Franchisor retract their very generous rental and Royalty reduction there is no way I will be able to keep the doors open, unless turnovers return to pre lockdown numbers.
A very worrying situation for our family operation.

Maybe its time you opened a restaurant serving real foods with real ingredients!

Be careful here. 20% down on earnings isn’t a wildly unexpected number for the COVID season and it’s not an increase in debt. Time to look closely at the technicals…

Famous Brands has lost the plot when it comes to its various food offerings and prices. Their franchisees churn out highly processed, low quality and inconsistent food which is sold at a premium price. Its a recipe for disaster and one only has to read the comment on social media to see how the company has lost its way. All their fast food brands need a serious overall before they go into a unrecoverable death spiral. I for one give all their brands a wide berth as I find better value and more consistency in competing brands! 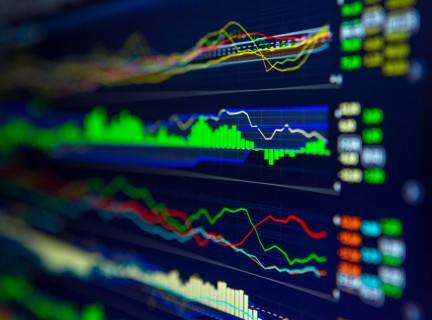