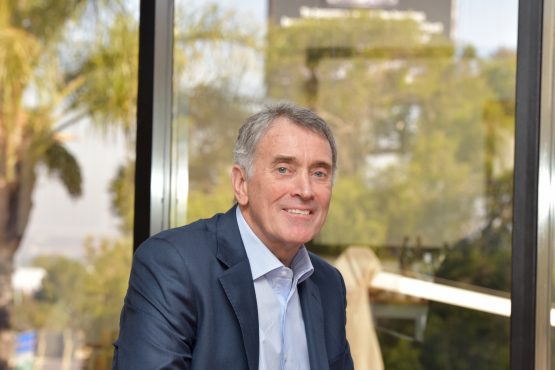 When franchise giant Famous Brands shifted its focus from developing new franchise formats to bulking up its back-end supply chain businesses nearly ten years ago, many criticised its ambitious move.

Critics at the time preferred the company to focus on its high margins and annuity-based income and low-risk franchising business, with juggernaut eateries such as Steers, Debonairs Pizza, Wimpy, Milky Lane, Fishaways and a throng of other convenience food chains.

They could arguably be forgiven, as vertical integration of supply chains was considered lower-margin, management-intensive work – hardly a sexy business model.

How times have changed.

As strategic adviser and former CEO Kevin Hedderwick puts it: “I think the market is looking at vertical integration as probably the best practice in the food space. Today all our businesses are working in concert with one another and this makes the business model even more powerful.”

At work is a strategy of rousing acquisitions over many years, which have aggressively built scale for Famous Brands’ slick back-end operations.

Famous Brands does not only sell fast food: the company owns everything from a meat and ice cream plant to its own bakery – supplying food ingredients to its network franchisees, grocery retailers, and the hospitality industry.

Underscoring its far-reaching operations is the company’s sauce and spice plant, which produces over 60 product lines from the Steers barbecue sauce, Wimpy tomato sauce, and Debonairs Pizza bases, to sugar and seasoning salt sachets.

On the bakery front, Famous Brands owns a 51% stake in The Bread Basket, a bakery and delicatessen brand, which it acquired in 2013. This business supplies specialised breads, baked and frozen goods, pastries, and confectionery to franchisees.

Brewing coffee is also a sizeable part of its manufacturing business. It owns a 60% stake in Java Lava Beverage Manufacturers, a privately-owned coffee roasting and packaging business.

A recent coup was its acquisition of one of the country’s biggest producers of french fries and other potato-based products, Lamberts Bay Foods, a subsidiary of JSE-listed fishing company Oceana Group. The company processes about 24 000 tons of potatoes per annum, which is sold to wholesalers, retailers and restaurant chains.

“As we built capacity over the years we were constantly asked ‘when is Famous Brands going to have its own frozen chips business?’ This acquisition not only affords us the security of supply of a key strategic menu item for our franchised network, it also provides us with an existing food services and retail customer base, which has significant expansion potential over time,” says Hedderwick.

Vertical integration by its nature typically protects and grows a company’s margins and most importantly keeps input costs down.  “Rather than outsourcing ingredients to an external party, you manufacture them in-house. If ingredients are manufactured in a cost efficient way, then the markup or profit margin goes to the bottom line. That is what vertical integration is all about and the benefit is that you basically own all the links to the supply chain,” says Sasfin Securities senior retail analyst Alec Abraham.

“Probably one of the factors that have made Famous Brands successful is vertically integrating its business to support its wide restaurant brands,” Abraham adds.

And the company is cashing on this approach. The group turnover grew by 31% to R4.3 billion for the year to February 29, 2016, adding impetus to its fifteenth consecutive year of growth.

The tasty part is that its supply chain division grew revenue by 34% to R3.4 billion, while operating profit grew by 33% to R348 million, translating to an operating margin of 10.33%. Beyond manufacturing, this division includes the logistics business, which entails transporting food and goods to restaurant chains. Arguably, this is the most profitable division, given that its franchising division (restaurant chains in SA) grew revenue by 11% to R681 million and operating profit grew by a marginal 7% to R389 million.

Famous Brands plans to open 292 franchise restaurants in the year ahead and ultimately manage over 3 000 chains from its current 2 614 – as it looks to gain market share in an increasingly competitive food segment. Restaurant rollouts will be on what Hedderwick calls “big gorillas and power brands” such as Steers, Debonairs Pizza, Mugg & Bean and Fishaways – which are geared towards the quick-service restaurant concept. This concept remains a winner among cash-strapped consumers.

But establishing new restaurants is an expensive and involved exercise and there’s no doubt that its back-end manufacturing and logistics businesses will be at play.

Profits up at Famous Brands

Famous Brands gets a taste of authentic Italian cuisine

Changing of the guard at Famous Brands

Profits up at Famous Brands

Famous Brands gets a taste of authentic Italian cuisine

Changing of the guard at Famous Brands