Few cracks to paper over Mpact packs fruit for table grape exporters in the Northern and Western Cape, among other fruit types, who have had a bumper season.

Overall the company managed to grow its volumes by 3% and revenue by 10% to R4.4 billion. By growing sales, increasing the margin from 6.8% to 7.8% and containing costs, Mpact’s operating profit grew by a healthy 26.8% to R342 million.

“We did better in sectors of our business, like export fruit, which are not correlated to South African consumer spending but which are defined by the dynamics of European and global consumption of fruit and by local climatic conditions,” says CEO Bruce Strong.

In addition, the group’s plastics business, which was restructured in 2014, also performed well. Revenue increased by 7.3% to R1.1 billion on the back of good volume growth across all sectors, except FMCG, which declined following the restructuring. Underlying operating profit was up by 98.9% to R87.3 million, benefiting from a favourable product mix and cost savings.

The paper business delivered consistent results. Revenue for the period was up 12.1% to R3.3 billion, supported by a recent acquisition. Operating profit increased by 12.4% to R315.4 million due to higher selling prices and favourable product mix, but which was partially offset by increased raw material costs.

One reason for the consistent performance is the continuing investment in the company, says Strong. “We have invested billions since the recession in 2009.” Mpact has made use of the Department of Trade and Industry’s manufacturing investment programme as well as the 12i tax incentive (which supports greenfield investments) to upgrade and expand its plants. The company has 33 operating sites, of which 23 are manufacturing operations in South Africa, Namibia, Mozambique, Botswana and Zimbabwe.

Aside from providing additional capacity, the new plants are more efficient than older plants. “This helps us contains costs, such as electricity,” Strong says.

Mpact has become a big player in the recycling market. The R350 million PET recycling (rPET) plant and the first phase of the R765 million upgrade of its Felixton mill were commissioned recently, on time and within budget.

The next milestone in the rPET project is obtaining approval from customers for the use of Mpact’s rPET in the production of bottles, which is expected during the last quarter of 2015.

The second phase of the Felixton mill upgrade is on track to be completed in 2017.

“We have built a nice business on recycling,” Strong says. “We recycle 450 000 tons of waste per annum, which makes a difference in the communities in which we operate.”

Net finance costs reduced by 2.9% to R57.9 million. However, this was an anomaly, says CFO Brett Clark. “Higher interest rates on increased average net debt over the period were offset by a non-recurring benefit received from the unwinding of an interest rate swap and interest capitalised on projects.”

“These results were extremely good given the economic climate,” says Wayne McCurrie, portfolio manager at Momentum Asset Management. “Paper performed reasonably, as it always does, but the big boost came from plastics. The company is reaping the benefits of last years restructuring.”

The share price has performed well, increasing by 46.57% over the last 12 months. It was trading at R46.80 at lunchtime on Wednesday. “Given these results, I would say that the PE [of 17.85] looks light,” says McCurrie. Management believes that investments such as the Felixton mill rebuild, rPET project and others in the recycling and corrugated businesses will improve the company’s prospects. However, Strong warns that subdued economic conditions in South Africa will make it difficult to maintain similar levels of volume growth in the second half.

“In addition, we are concerned about the level of inflation in input costs such as raw materials, labour, electricity and administered services.”

Second half earnings will also be impacted by costs associated with the start-up of the recently commissioned rPET plant and Phase 1 of the Felixton mill rebuild.

The company declared an interim dividend which rose by 15.4% to 30 cents per share and can be settled in cash or scrip. Further delays in returning other units to service have exacerbated the capacity constraints,” the company said. 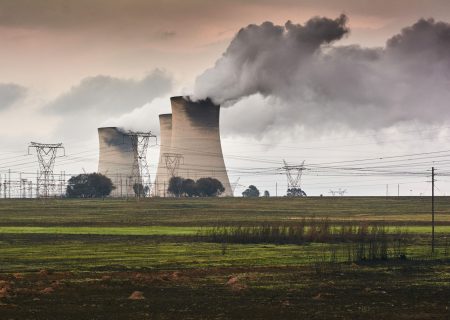