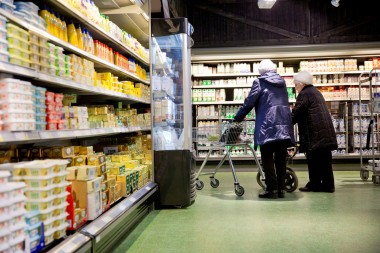 Food retailers asked to recall meat products off their shelves after traces of Listerosis. Picture: Bloomberg

The Department of Health has asked food producers RCL Foods and Tiger Brands to recall their polony products from food retailers’ shelves, after finding that the processed food product has traces of the listeriosis virus, which led to the death of 180 people, Reuters reported.

National Treasury said on Friday that the decision to increase VAT by 1% to 15% on April 1, is a necessary requirement for the country to stablise its fiscal position. The increase seeks to advantage South Africa’s poorer population.

Merafe Resources has released its financials for the year ended December 31 2017. Merafe, which is listed on the JSE under the general mining sector, reported that for the financial year 2017 it picked up on performance, given the increase in both chrome and ferrochrome prices. There was a 3% increase in revenue to R5 889 million, a 72% increase in headline earnings per share to 36.4 cents and a 15% increase in total dividends to R301 million.

Texton Property Fund released its financial results for the six months ended December 31 2017, which noted a sight increase in revenue to R303.2 million from R 300.3 million in 2016. Dividends remained at 47.95 cents and net property income is up 2% to R212.4 million.