FNB really wants you to draw cash at tills 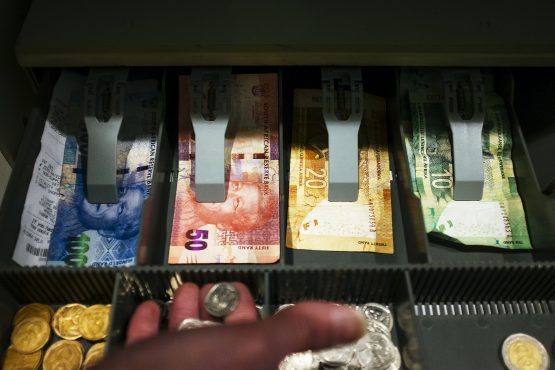 FNB has dropped fees on all accounts for the withdrawal of cash at partner retailers from July 1.

The move will further incentivise the use of this channel at Shoprite, Checkers, Pick n Pay, Boxer and selected Spar stores. By contrast, fees for withdrawing cash at its ATMs or at those of other banks will increase by 5% next month.

Given the impact of Covid-19, the bank will not increase monthly account fees on its Easy, Gold, Premier, Private Clients, Private Wealth and RMB Private Bank accounts. Yashen Singh, CEO of Premier Core Banking, says the environment has “certainly tested how we can respond to customers’ needs and help them in this difficult time”.

One account that sees a reduction in the monthly fee is Gold Fusion, where the charge drops from R109 to R89.

This is a clear sign that the bank is actively targeting this middle-market segment with this hybrid cheque and credit card account. Additionally, Fusion customers on both Gold and Premier are able to earn rebates on monthly fees for personal loan and revolving facility products.

On Premier, it has dismantled its ‘bundled’ pricing proposition where a cheque card and credit card were charged at a single rate. Both cards are now offered under the “FNB Premier Cheque Account” moniker at an unchanged R219 per month.

Along with these changes, it has also removed the fees for airtime purchases in its digital channels for all customers (previously, there were charges on entry-level accounts). And it has bundled in two free monthly eWallet sends on the entry-level bundle (Easy Smart). This was introduced last year on Gold accounts upwards (to Private Wealth) and has helped further reduce the need for cash.

Cash withdrawal fees have increased by a steep 33% on its Easy pay-as-you-use account to R8 per R1 000, plus the limit that this fee structure applies to has been reduced from R2 000 to R1 500. Thereafter these customers will pay the standard R2 per R100.

The bank will argue that many customers don’t pay cash fees as it introduced a monthly amount of ‘free’ cash withdrawals from July last year. However, from July 1 this threshold has been reduced on three of its five bundled accounts. The cut from R6 000 to R4 000 on Premier is particularly telling, indicating that it is using this lever to incentivise Cash@Till withdrawals for this segment.

The reason behind FNB’s strong push to incentivise customers to withdraw cash at retailers is simple: it costs the bank far less per transaction.

Even though the bank will pay these retailers a fixed nominal fee for each withdrawal, it reduces the cost of cash for the bank itself. Less cash in the ATM network, with the associated security costs (for transport and for physical infrastructure), will result in significant cost reductions.

Don’t check your balance at the till though, as this will attract a R1.75 charge!

* The bank has also made a number of changes to its industry-leading eBucks rewards programme. These will be explained on Moneyweb later this week.

Embrace yourself for the continual battle to earn and maintain your eBucks level..

But those 2 free ewallets are handy in their own right and paying R10.50 for each additional one takes a toll.

I’m really struggling with the “rebates on monthly fees if you have a personal loan or revolving loan”.

Our people are addicted to this highly priced, easy to get, downward-spiral-creating loans. And the ones that we expect help to cut this addiction… are the loan-pushers themselves? Yeah, that’ll work

Can remember the good old days when atm’s were introduced – at that stage the bank’s attitude was – “please use the atms – much faster, safer, will be much cheaper etc etc” At the end of the day it is very convenient if one really needs hard cash – but all the other positive marketing gigs fell away. first excuse was the public is damaging the atms & it is very expense to repair/replace – my attitude is: “do not make your problem my problem especially if your organisation has more than enough money to sponsor activities than surely has nothing to do with “bank” activities in the first place and it is called a marketing strategy”

I currently bank with this company.
They feel they can offer a service with NO staff and we the clients must fall in with the systems they implement. No Service. I’m off elsewhere very soon.

This is the MOST EXPENSIVE bank in town!
You paying them to HELP yourself. Think about it. THey NOT helping you.

The high cost of certain activities forces you to do your own banking.

WHY PAY FOR A PRIVATE BANKER???? Its ludicrous!
You doing your OWN BANKING.
Save your money, CAPITEC IS WAY CHEAPER! Even the Rich People use CAPITEC

i use my capitec card at spar to draw money and is very happy.

TymeBank so far so good even capitec can’t beat it’s no monthly account fee. But be prepared to not use atms

Cash@till used to be free, if I recall, then the fee was reintroduced. Now it’s free. Next year, a fee may come back. Why does it feel like these changes are made to trip customers up?

Makes sense to incentivise people to withdraw at cash tolls. It minimizes the costs if moving cash to various points in this dangerous country. What they save on human lives lost, insurance and the cost of security should be passed on to customers

No longer can you pop an email to “your Premier banker” to action day to day business. You now have to use the utterly ridiculous Chat function in the app. As if anyone has time to wait around for 5 hours and then to start a text conversation.

So actually, they have increased the banking fees on Premier by reducing services rendered. I believe you now have to upgrade to “Private” banking at R399/month to access email banking services.

So true. You get then get a reply 5 hours later at 1am on the app. And by that time you’ve logged out and gone to bed and forgotten about the whole incident.

Then the next time you log on- you see that the assistant replied with ‘hi’ and then closed your ticket due to YOUR inactivity.

Given the fees that banks charge customers to deposit cash, I would imagine that PnP would pay you to withdraw cash from the till shortly after paying for your groceries with a debit/credit care. Double-dipping is good for PnP

Yeah, cos apple customers are all about that cash at the tills to save R2 lifestyle right.

Was with FNB over 40 years.

I’m done with the constant headscratching of navigating opaque and complicated-to-understand packages.

E-Bucks was a major cause of this stressing. A scheme that started off with real benefits, that then became so convoluted to derive real benefit from, that it was a genuine – and REAL – relief when I decided to just walk away from worrying about this marketing-driven “nonsense”.

My banking life is now SIMPLE and INEXPENSIVE at Capitec. The interest I earn on my account exceeds the bank charges, so a cost-free account!

Have been with Capitec about 5 years now. Joined when it was looked down on as a bank for the black working class.

Realised straight away it was “different” in every way that was positive from the client perspective. No surprise it has shaken the staid banking system to its core!

FNB (and the other usual suspects) will not be seeing me again any time soon!