Focused on building up from a clean slate now that the cloud of market manipulation allegations has been lifted.
By Suren Naidoo 4 Sep 2019  00:13 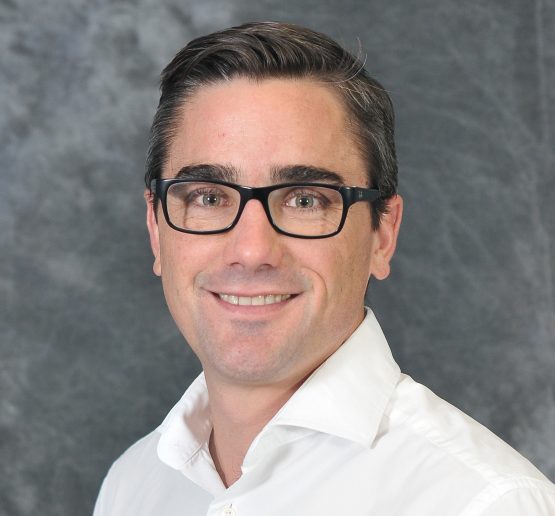 Steven Brown, CEO of real estate investment trust (Reit) Fortress, is a happy man. The Financial Sector Conduct Authority (FSCA) announced on Monday that it has found no evidence of prohibited trading practices against the JSE-listed property fund.

“This is very positive news,” says Brown, who took over as CEO in July. He adds that Fortress is now “focused on the future” and wants to grow the business from a clean slate.

“We expected this outcome from the FSCA, especially after a separate PwC review finalised in May found no evidence to confirm any of the market manipulation or insider trading allegations made against Fortress or its management. However, this is welcome news and we want to put this whole issue behind us.”

Brown was speaking to Moneyweb following the release the group’s 2019 full-year results on Tuesday and the release of the long-awaited FSCA investigation on Monday.

The FSCA’s investigations into property companies within the Resilient stable – including Resilient, Fortress, Lighthouse Capital (formerly Greenbay Limited) and Nepi Rockcastle – came in the wake of allegations of insider trading and share price manipulation last year. This saw more than R100 billion wiped off the share price of the four counters. It also resulted in contagion in the listed property sector in 2018, with the FTSE/JSE South African Listed Property Index (Sapy) losing a quarter of its value.

The FSCA said in a statement: “We are satisfied, based on evidence currently available, that there is no substance in the allegations made that directors, related parties and other parties believed to be related to either Resilient Reit Limited, Fortress Reit Limited, Lighthouse Capital and Nepi Rockcastle plc, were supporting the Fortress Reit Limited share price during the period 1 October 2017 to 28 February 2018 (investigation period).”

“We found no evidence that the share trades completed on Fortress Reit Limited by the alleged related parties’ accounts contravened section 80 of the Financial Markets Act 19 of 2012 relating to prohibited trading practices (price manipulation). The FSCA has now closed the investigation in this matter.”

It added: “If further evidence arises the investigation will be reopened.”

The FSCA also announced that it has closed its investigation into alleged insider trading involving Lighthouse Capital. This follows the authority in March clearing Fortress, Resilient and Nepi Rockcastle of all wrongdoing relating to allegations of insider trading of shares by key directors and associates.

The regulator’s probe into share price manipulation at Resilient is however still ongoing.

Listed property analysts say the FSCA finding no evidence of insider trading or share price manipulation against Fortress will buoy the company, but that a recovery will take time, due to the poor economic conditions in SA. While Fortress’s share price was down 1.19% and closed at R20.71 on Tuesday, following the release of its full-year results to June 30, the stock is up more than 15% since the beginning of the year.

What the analysts say

“The end of the FSCA investigation is a positive for Fortress, in as much as it removes a source of noise for the company,” says Garreth Elston, chief investment officer at Reitway Global.

He adds that it does not however signify that the company’s share price will recover to previous highs. “This will not occur until the South African economy starts to experience real growth,” he says. “The group’s latest results are pretty much as expected in a market that is placing landlords under extreme stress.”

Keillen Ndlovu, head of listed property funds at Stanlib, comments: “The highlights from Fortress’s results presentation … include the closure of the FSCA’s investigations, the smooth management transition and the group’s ability to sell properties at values higher than book values.”

Ndlovu adds: “The fund’s outlook of 1% distribution growth is disappointing however, and below what management had guided. We are underweight Fortress B shares because of the weak growth outlook and have gone defensive with an overweight position in Fortress A units. We plan to stick to this position for now.”

Fortress noted that the decline in the B shares was not correlated on a like-for-like basis, given the prior treatment of interest on the loan to the previous BEE trusts. It has also forecast lower dividends for its B shares for next year due to a R560 million impairment to its Clairwood Logistics Park development on the old Clairwood Racecourse site, south of Durban.

How about a class action law suite against those who started the rumour in order to reclaim the losses suffered by shareholders as a result of their actions?