The founders of pharmacy giant Dis-Chem, Ivan and Lynette Saltzman, will score twice in the listing of the business on the JSE in November. Upon listing, their shareholding in the business will go from 66.9% to just over the 50% mark as 86.8 million of the shares held by them are repurchased by the company and sold to new investors.

Assuming the offer achieves the midpoint of the range targeted, ie R18.25, the controlling shareholders will score R1.585 billion. The founders, who started the business in 1978, own their stake through the Saltzman Family Trust which in 2016 “transferred all of its Ordinary Shares in the Company to its investment vehicle, Ivlyn Proprietary Limited”.

Stanley Goetsch, who is Dis-Chem’s senior management team as a “Category executive”, owns 10.4% of the company and will bag R247.4 million (at the midpoint of the offer range) by selling a portion of his shares as part of the listing (his stake will reduce to approximately 8%). Goetsch has been with the group for 32 years. His shares are owned by investment vehicle Stansh Proprietary Limited (previously via the Stanley Goetsch Family Trust).

Former director Niall Hergarty who seems to have stepped down at some point after February 29 this year, owns 5.2% of the company (this will reduce to about 4% after listing). His proceeds from the sale of shares during the listing process will be R123.7 million (again, assuming the midpoint of the offer range). Hergarty’s shares are owned through Niajul Proprietary Limited (previously via the Niall Hergarty Family Trust).

But the Saltzmans (and other shareholders) don’t only score from the sale of some of their shares.

The company intends using the bulk (R3.575 billion) of the net proceeds from the offer to repurchase shares from existing shareholders to enable a free float. It will also use R700 million to pay down some existing debt. As at August 31, the group had a bank overdraft of R2.29 billion. In the past 30 months, the overdraft has increased by 3600%, from just R61 million as at February 28 2014.

While the business is strongly cash generative, much of this debt exists because of rather large dividend payments in recent years, with nearly R2 billion paid out to shareholders this year alone. In February, at the end of its financial year, it paid dividends of R1.038 billion, while at the half-year mark in August, it paid another R889.6 million. Previously, the dividends paid were significantly more modest.

Since February (i.e. at the full-year to February and at the half-year mark to August), the Saltzmans (with their 66.9% stake) have netted R1.289 billion in dividends! With the publicly-disclosed data to February 28 2014, their share of dividend income totals approximately R1.8 billion.

In the pre-listing statement, the company states that its dividend policy targets a “pay-out ratio of approximately 40% of net income”. This is (obviously) once listed. It also notes that “the current intention of the Board is that the first dividend to be paid by the Company will be a final dividend in respect of the year ending 28 February 2017, which will be pro-rated for the time period for which the Company will have been listed during the financial year 2017.”

Dis-Chem notes in the ‘risk factors’ section of its pre-listing statement that it “has been run as a family-owned business and is in the process of implementing the practices, procedures and governance structure appropriate for a public company listed on the JSE”.

It is not hard to see why such generous dividends have been paid ahead of listing. While not quite an exit, the family is most certainly cashing in.

Nothing wrong with cashing out. Its their money and they started the company, hired thousands of people and paid billions in taxes.
Diversifying into other areas and other currencies is what smart people do….

Never said there was anything “wrong”… They’ve achieved an incredible amount and kudos to them and the rest of the management team. But, piling on debt to pay elevated levels of dividends over the past 12 months in not normal.

Goldman Sachs are the sponsors – this is unfortunately completely normal advice from the ‘deal-facilitators’ in the US private banking industry (if not a bit mild).

But yes, not common for SA listings.

I always prefer to invest in a company a few months after the IPO (when the dust has settled). However this is a nice payout day for the DisChem entrepreneurs… long live capitalism

Hilton would you know what the norm for listing fees for a company this size are? R150m seems a bit steep considering there is only going to be a few billion free float. And the placement fee another odd R20m

What an original strategy! Load the debt, pay massive dividends, and then list.

Guys, look beyond the obvious.

1] make dividends so attractive [ at any cost….even via huge loans as described above]….

2] This impresses general public and fund managers so much, it..

3] Increases demand and interest in the shares…..

4] Higher the share value the better, esp when the directors etc cash out, enabling them to pay off the loans used to fatten shareholders via dividends, then pocket the rest……..twice !

Paying ZAR1.3 Billion in dividends whilst having a Bank Overdraft of over ZAR2 Billion??? Is that not sound strange?? Long live the spirit of Capitalism 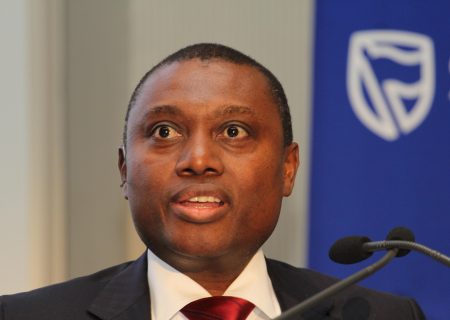