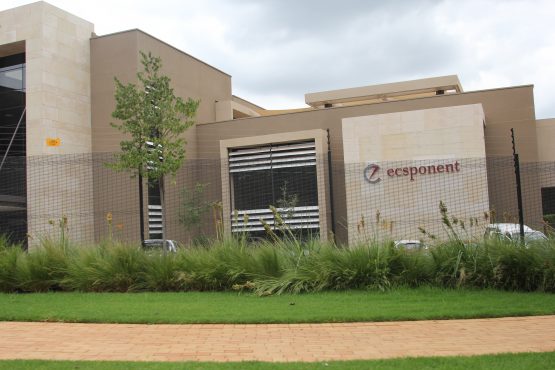 The Pretoria-based head office of Ecsponent Financial Services, which is set to be closed following the FSCA withdrawing its financial services licence. Now two company directors have been debarred by the FCSA. Image: Moneyweb

Two key directors at Ecsponent Financial Services (EFS) – Floris Slabbert and Anton Hay – have been debarred by the Financial Sector Conduct Authority (FSCA) for a period of two years, the regulator announced on Friday.

“This enforcement action follows the withdrawal of EFS’s licence [FSP number 32968] for breaching several financial sector laws. It is the view of the FSCA that Slabbert and Hay contributed significantly to the breaches,” the FSCA said in a statement.

EFS is a subsidiary of beleaguered JSE-listed private equity group Ecsponent Limited. Following the withdrawal of EFS’s financial services licence earlier this month, its parent group said that the subsidiary will be closed. “On June 4 2020 the FSCA withdrew the licence of EFS, having found that the company did not conduct suitability testing before selling a product to clients. The FSP used a network of representatives to market the shares of its parent company, Ecsponent Limited, which raised capital through the sale of redeemable preference shares,” the regulated noted.

“During interactions with potential clients, EFS staff provided advice on the investment product, i.e. the classes of preference shares. While the classes of shares that paid monthly dividends were popular amongst pensioners as they mimicked a monthly pension payment, the one major difference between them and a pension investment was that they exposed investors to more risk,” it added. The FSCA said that its investigation entailed extensive interaction with EFS.

“The FSP [EFS) was of the view that it was not required to conduct suitability testing and relied on a specific financial service agreement wherein the investor instructs the advisor or intermediary not to perform a comprehensive financial needs analysis, but to render a specific financial service. EFS argued that by signing the agreement, the investor understood that a full analysis would not be undertaken by the advisor,” the FSCA pointed out.

“The FSCA held that such an agreement was unlawful, and that EFS could not rely on it. The authority also found that EFS was in breach of suitability standards expected of FSPs as outlined in the FAIS General Code of Conduct (section 8 of the Code). The FSCA encourages FSPs and key individuals to always act in the best interests of their clients and treat them fairly,” it added.

“The company and EFS consider the FSCA’s investigation, which focused solely on the advice and intermediary activities of EFS and not those of Ecsponent, to be finally concluded and regards the matter as closed,” it said.

Ecsponent Limited reiterated that EFS “has not provided financial advice on any new business” since 11 February 2020 and the group’s decision to “unwind EFS”.

In a separate press statement, the group’s new board and executives also welcomed the conclusion of the matter and highlighted that the FSCA had not imposed any administrative penalty against the EFS directors.

George Manyere, Ecsponent Limited’s CEO commented: “The FSCA’s determination and ruling brings this protracted matter which has been running for the past seven years to a close. As a new management team of Ecsponent Limited which is a shareholder in EFS, our focus remains on proactively managing our underlying assets in order to both protect and sustainably grow shareholder value over the long term.”

Of course all of these Bad Things must have only started happening after Brandon Topham quit being a non-executive director.

It is unthinkable that it would take the FSCA (FSB) seven years of on and off investigation only to come to this breakthrough simple conclusion. Nothing has changed during this prolonged period. And how much did this investigation cost the public – to only now come to this big after-the-fact discovery-moment? Something huge is wrong with the system if this is the way the watchdog operates. It’s ridiculous and ludicrous to say the least.

I have desperately tried saving my mother’s life savings. She was convinced to buy Prev a shares from Ecsponent. Long story short we manged to sell these penny stocks through Momentum. She invested R1m. We have now sold them for between 3 and 5cents.
Total R940 000 back in the bank. I pray and hope these other pensioners can do the same. Big bullet dodged. Learned a mayor learned. Thank God.

Ronnie and Justin in Johannesburg

Any suggestions on what to do in this situation? I am 29 years old, only a part of my invest ment portfolio is here. Should I jump ship or stay and ride the wave?

I am 29 years old only a part of my portfolio is invested in Ecsponent. Should I jump ship or ride the wave?

There is only one way. Sell those Ecsponent penny stocks. Maybe you can get 2c a share if there are buyers. We used momentum and are possibly the only people who got out all our money. At 2c you should get 600 000 on a R1m. Only if there are buyers.

Ronnie and Justin from Momentum you have saved everything my mom had.
Thank you very much. It is amazing how Ecsponent and its cronies have got away with this. They basicly in laymen terms got rid of R1,? BILLION Worth of debt so called Preference Shares aka IPO and turned them into penny stocks.My opinion criminal. And are now disposing of assets at a rate of knots.Why are they getting away with robbing 2000 investors that are mostly pensioners and not well-of individuals??
These shares are now hovering on 2c, investors got 3,6c value on value. My mom got R1034 000 back and is possibly the only individual that will be OK?!! These stocks are now trading slowly and will realistically at this pace take 11years to sell.
There are just not enough buyers. Brokers should answer!! Never mind directors!! Shares holders should consider some class action suit. Don’t let them still operate and profit please. Liquidate these suited graduated superior thinking self serving chartered sociopaths, Otherwise investors will be the only losers, some might regrettably land up destitute? This is real and sad.

Can you please urgently contact me. I need info on the broker that you used.
debruin.elaine@live.co.za