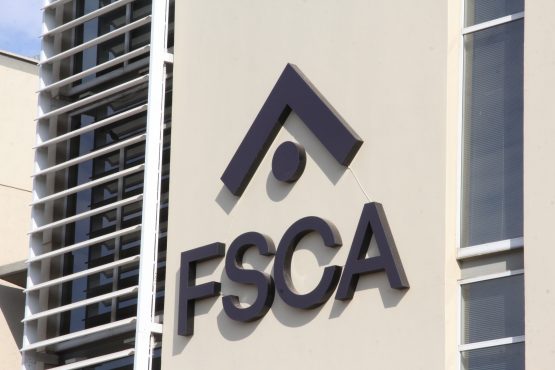 The Financial Sector Conduct Authority (FSCA) has slapped a R50-million administrative penalty on Viceroy Research and three partners – Aiden Lau, Fraser John Perring and Gabriel Bernarde – for publishing “false, misleading or deceptive” statements about Capitec Bank in 2018 that caused its share price to drop by 23%.

Once made aware of false or misleading statements in the course of research, the author must, without delay, publish a correction.

FSCA Commissioner Unathi Kamlana told journalists on Wednesday that Viceroy Research was alerted to the fact that its research on Capitec Bank was based on false or misleading assumptions, yet it failed to issue a correction when this was brought to its attention.

“They sought to benefit from this by an arrangement with a client who had taken a short position in Capitec shares. They did this while destroying value in Capitec shares for others or dissuading others from purchasing these shares,” he said.

The graph below shows the drop in the bank’s share price in early 2018.

The FSCA did not name the partner who had taken a short position in Capitec shares.

The regulator says some of the factors determining the size of the fine were the need to deter this type of conduct in the future, the seriousness of the contravention, the losses suffered by Capitec shareholders (while Viceroy and its partner benefitted financially), and the impact the report had on SA’s financial system.

“This penalty is particularly significant because it shows just how far the Financial Markets Act (FMA) reaches,” says Kamlana. “Although the Viceroy Research Partnership, and its partners, are not financial institutions, and are domiciled in a different jurisdiction, their comments about South African-listed securities make them subject to the stipulations of the act. The penalty also makes it clear that breaching our financial sector laws has serious consequences”.

In a series of reports published in 2018, Viceroy alleged that Capitec’s balance sheet, income and solvency numbers were not reliable, and that it was underrepresenting losses “to pretend that uncollectable loans are collectable and still accruing income.” It alleged that at least R10 billion of loans fell into this uncollectable category. This was disputed by Capitec, with the SA Reserve Bank coming to its defence.

Listen/Read: Viceroy founder Fraser Perring explains why his company took aim at Capitec
Read: The Viceroy lesson
Read/Listen: Viceroy’s identity has been unmasked but its business model is a murky picture

In response to the penalty, Viceroy tweeted:

Viceroy are challenging FSCA's minimum effort investigation & fine imposed on us. We have cooperated with the @FSCA_ZA with their enquiries & have maintained open dialogue. Contrary to their assertion, we believe this fine seeks to shut down critical analysis of SA companies. https://t.co/Lqjf6D4Jmn

The FSCA said it also investigated possible insider trading in Capitec securities during the period of the Viceroy publications but cleared it of any wrongdoing in this regard.

When questioned as to whether this penalty could discourage short selling of securities, the FSCA’s head of enforcement, Brandon Topham, said the objective was not to discourage short selling, but to prevent the publication of false information, and to protect market participants and investors. Kamlana said a more effective way of dealing with situations like this was through discourse rather than administrative action. However, Viceroy had been given adequate opportunity to correct its erroneous research and had not done so.

Topham hit back at Viceroy’s claim of a “minimum investigation” investigation by the FSCA, saying it took more than two years – including extensive dealings with the Securities and Exchange Commission (SEC) of the US to compel a representative of the Viceroy Research partnership to be questioned under oath – to bring the investigation to its conclusion.

Some of the specific findings of false and misleading statements include:

When asked whether the FSCA would act against analysts who punted shares that later tanked, Kamlana said the regulator is bound to act in terms of the FMA, particularly where false, misleading and deceptive information is published.

Viceroy’s response to the FSCA’s findings:

To be abundantly clear: the FSCA’s findings and list of grievances are entirely predicated on Viceroy not publishing “full and frank corrections” to our analysis after Capitec’s open response to our report. The grievances were not based on an investigation into Viceroy’s claims, but into Viceroy itself, from the onset.

Viceroy met with, provided working papers, and provided detailed responses, line-by-line, to the FSCA, which has been apparently ignored. We believe the purpose of the investigation, therefore, is purely to make an utilitarian example of critics who dare publish insightful contrarian analysis into South African companies. We say utilitarian, because the FSCA’s grievances in our reports have been duplicated and published by dozens of other journalists and financial analysts alike. We will not be the scapegoat.
Based on the investigation conducted, the FCSA avoided placing Capitec under any scrutiny. When reading the FSCA report presented to the Tribunal, you would be left wondering if the Capitec were a Grade A Credit reference agency, rather than the most expensive deposit-taking institution in the world whose loan book is almost exclusively unsecured loans to financially vulnerable demographics.
We were investigated by the SEC who did not recommend any enforcement and closed the case – this is the “outcome” of our discussions with the SEC and FSCA, which the FSCA has refused to comment on to the press. The FCSA has set about attacking a thesis that has been backed up by many including the media in South Africa. The level of prejudice the FSCA has used to protect a South African institution is appalling.
The FSCA has proceeded to insult the public further by claiming “We’re going to hold you liable for saying things, even on your personal blog. If that personal blog is on the public domain and those statements are negligent, we are going to come and hold you accountable”. If this were actually the case, we would like to know how many fines have been issued to Steinhoff analysts who had jockeyed the company’s share price for years in the midst of obvious fraud.

Viceroy Research was not notified of the Tribunal date or time, merely its findings. We have informed the FCSA that we are appealing this.

Will they settle the fine since they are American based research firm. This will send a strong message to short sellers who punt negative messages to benefit their positions

Not sure what being American has to do with anything.

Their shadow hedge fund managers will pay. Otherwise they can’t trade shares or advise on stock on jse. Lekker!

Just because you are in the US does not mean you can break the law.
Our companies also go to court in the US.

What about Boatman and their report that Thungela coal was worth R0.00?
I could have doubled my money in Thungela coal.

Lots of ‘wise’ commentators on this website agreeing with the research and predicting Capitec’s demise. They are still writing other essays that they don’t believe themselves here.

R50m fine in the context of an unquantified short-term gain on the short position. Seems like a trade worth making?

Only R50 Million? that is peanuts for the US

Maybe Viceroy was under instruction from the other monopoly lenders.

Surprising that no journalist asked how the FSCA will ever collect this money. Viceroy has no presence in SA.

Let us know when they actually pay

Unlike you commenting here of course. Thanks.

Bloemfontein My bones not in this fight… just a spectator watching from across the yard….. If someone jumped into my yard and played with my bone then I’d be involved

I love these FSCA people. 25 years later we have an organization that’s actually helping the people. Keep up the good work people.