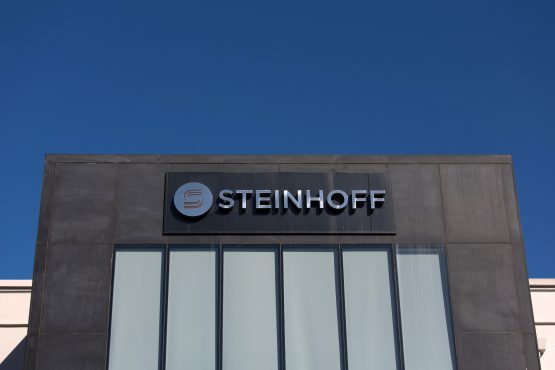 The Oldenburg Regional Court ruled on Monday that the charges against the pair can go to trial. Meanwhile, cases of two other executives who are living abroad should be handled separately, the tribunal said in an emailed statement.

While the court didn’t identify the accused, the facts depicted in the statement show the cases concern South Africa-based Steinhoff. The charges against the people living outside Germany were split off to avoid delays due to the Coronavirus pandemic, the court said.

The four men were charged in November 2020. Among them is former Chief Executive Officer Markus Jooste, a person familiar with the investigation said earlier this year. Jooste’s German lawyer declined to comment on the ruling.

The charges allege that fake proceeds from bogus transactions were booked at some of the group’s units. The sham deals made it seem that assets were sold to third parties while they were in fact acquired by other companies close to the group, according to prosecutors. The court hasn’t yet scheduled trial dates.

Artificial transactions were allegedly used to manipulate balance sheets by more than 1.5 billion euros ($1.7 billion). Additionally, the value of real estate assets was inflated by 820 million euros, prosecutors have said. While the charges cover a period from July 2011 to January 2015, the court threw out one count dating back to July 2011, saying it is barred by a statute of limitation.

It is about time that the white collar crooks that lived well on the pension investments of South Africans are held accountable for the absolute disgraceful episode.

If “Artificial transactions were allegedly used to manipulate balance sheets by more than 1.5 billion euros ($1.7 billion)”, then the auditors need to be charged as well!

It is a race between the NPA and the German authorities. Shamila Batohi had a head start, but the Germans are leaving her in the dust. Markus can outrun Shamila Batohi but he can’t hide from the Germans, not even in Stellenbosch or Hermanus.

I think he should just be Kebbled

This case has the makings of another Bernie Madoff or two..150 years of consecutive sentences in the making for con’ing the American investor community even though 75% of their funds were returned by executors.

About time in the landscape of SA maverick billionaires who behave as if they are completely immune to all such transgressions.

In SA it might be easier to ask for forgiveness than to ask for permission, but in Europe they lock the dungeon and throwaway the key.. Atchung Stellenbosch boeties!

Anybody and everybody trying to take any legal action agains Steinhoff now are just plain opportunistic idiots and they should be treated as such. These are nothing more than a bloody scammer trying to make a quick buck.

Steinhoff is a viable business. With substantial assets across multiple regions.
Every time the share price begin to recover, these opportunistic fools try their tricks and then it drops again.

IMHO, people should just leave it alone, under strict scrutiny and let the share price get to as close as possible to the it’s previous levels. This way, there are a hell of a lot less losers.

Morning arrow..
My thoughts are how will the share price recover to the previous R100 level while that included fraudulently inflated real estate @Euro820mil & dodgy intercompany transactions of Euro1.5 Billion.
Not all of us invested in markets are opportunistic idiots some like to believe there’s a semblance of truth in company financials.
Best of luck nursing that deep red SNH holding…Oh & easy does it in the traffic.

OK, but go for the criminal Directors and the Accountants.

It’s about time the Steinhoff chickens come home to roost.

Interesting, the Germans charged in November last year and they are ready to go ahead with the case in court, leaving the SA prosecuting authority – shall I call them that? – far behind.

Instead they are searching for apartheid sins. How backward have we become?

The steinhoff gang aren’t protected by their protection in Germany. ….