An environmental authority permit that went into effect March 15 for the Hail Creek mine makes no mention of the methane content of its coal seams.
By Aaron Clark, Bloomberg 14 Jul 2022  06:53 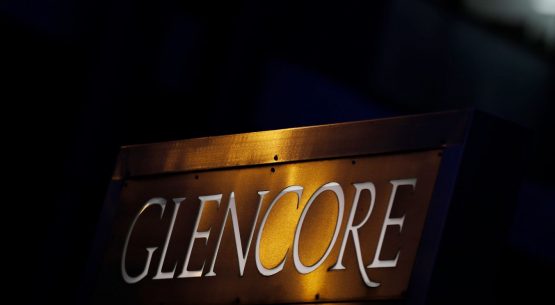 Glencore Plc is expanding a coal mine that scientists have estimated leaks so much planet-wrecking methane each year it has the same warming impact as the annual emissions from millions of cars.

New activity at the Hail Creek Mine involves digging up coal from gas-rich seams through surface mining — an approach for which the company has said there’s no reliable way to halt fugitive methane from escaping during operation. Steep declines in the dirtiest fossil fuel are needed to meet global climate goals, and activists argue curbs should prioritize the worst methane-spewing mines.

“If coal mining companies continue to argue that fugitive methane management is too hard for open-cut coal mines, then the obvious and material solution is to cease opening new mines,” said Naomi Hogan, strategic projects lead with Australasian Centre for Corporate Responsibility Inc. “And for the known very gassy mines to seriously consider early closure options.”

Methane is the primary component of natural gas but it’s often produced alongside oil and coal. The invisible, odorless greenhouse gas is extremely potent and traps more than 80 times the heat of carbon dioxide during its first 20 years. Halting leaks and intentional releases of the gas from fossil fuel operations are viewed as some of the lowest hanging fruit in the fight against climate change.

Read: Glencore trading profit is on course to smash through its record

New surface mining activity is visible in satellite observations of the mine’s northeast corner, an area for which the mine got approval to expand when it was majority owned by Rio Tinto Group. Rio sold its stake in the mine in 2018 to Glencore, which declined to comment for this story.

An environmental authority amendment application, made in 2014 and approved the following year, for the northeast expansion area on file with Queensland authorities also suggest the site’s coal seams have a high methane content. The document, which sought approval for both new surface and underground mining activities, explains how extensive work would be needed to clear the flammable gas for a potential underground expansion to make it safe for workers.

“Given the gaseous nature of the target and deeper underlying coal seams, it is anticipated that drainage of gas prior to, during and after mining activities would be required,” according to the amendment application. The document was obtained by the ACCR through a freedom of information request and shared with Bloomberg News.

An environmental authority permit that went into effect March 15 for the Hail Creek mine makes no mention of the methane content of its coal seams.

Geologically older, deeper coal deposits typically contain more methane than shallower seams near the surface. Yet, satellite observations are shedding new light on the climate impact from open-cut mines. There are well-known approaches for capturing methane from underground mines through boreholes or ventilation systems, but Glencore told the Financial Times this month there are no practicable technologies or methods for capturing fugitive methane emissions from operating surface mines.

That’s particularly problematic for open-cast coal operations in Queensland’s Bowen Basin, in which Hail Creek mine is located, and where satellite data suggests the geology is particularly gaseous. For every ton of coal produced in the region an average of 7.5 kilograms of methane is released, according to an estimate using satellite observations from French geoanalytics Kayrros last year. That’s roughly 40% higher than global levels, based on data from the International Energy Agency.

The age of coal is the same across a seam, according to Christian Lelong, director climate solutions at Kayrros, who also has experience working in Australia’s mining sector. Deep coal seams with sufficient incline can get close enough to the surface to be accessible through surface mining.

“If the coal seam is gassy in an underground mine, the same coal seam will also be gassy if the mine is open-cast,’’ he said.

“We have significant public interest concerns with respect to this exploration application,’’ said Carmel Flint, a coordinator for Lock the Gate Alliance, a climate activist group. “Particularly due to the extremely high emissions recorded from the existing mining operations and the incompatibility of further exploration and expansion activities with Glencore’s climate change and emissions reductions commitments.’’

Glencore is targeting a 15% reduction in its emissions by 2026 and a 50% cut by 2035, from 2019 levels. It’s also promised to cap coal production and slowly curtail output until closing the mines by 2050, but the company has given little detail about those plans and how quickly the mines will be phased out. It’s also unclear how those plans could be disrupted if the company’s Australia reserves are emitting far more methane than what is reported.

Glencore has leaned into coal production even as many of its rivals have exited the sector amid concern over the fuel’s contribution to climate change. The price of the fossil fuel has surged due to supply disruptions caused by Russia’s invasion of Ukraine.

The company’s embrace of coal has the firm on course for bumper profits this year, but there’s also been a softening of investor support for Glencore’s climate plans. Influential advisory firms Glass Lewis & Co. and Institutional Shareholder Services urged shareholders to vote against the company’s climate change strategy at its April investor meeting.

The Hail Creek mine spewed between 123 000 and 263 000 metric tons of methane last year, according to an estimate from scientists at the SRON Netherlands Institute for Space Research who also used satellite data. That much methane would have the same short-term warming impact as the annual emissions from anywhere between about 2.2 million and 4.8 million US cars.

Hail Creek’s reported emissions don’t come anywhere close to that. Glencore said the mine had net emissions of 503 591 tons of carbon dioxide equivalent in the year ended June 2020. If that figure were translated to just methane emissions, it’d be somewhere between 6 000 and 18 000 tons — far short of the SRON estimate.

Glencore has said previously that its Bowen Basin coal business reports emissions in line with Australian requirements and that there are “concerns and questions” about using satellite technology to measure methane emissions from mines. But the basis for many of the emissions reports Australia’s miners file with regulators, which can rely on state-determined emissions factors, are themselves under scrutiny.

In February, Australia said it was revising the method used to calculate methane pollution from open-cut coal mines. The change means total national emissions were on average 0.3% higher than previously stated for each year since 1990. That revision was prompted by the emergence of satellite datasets, which “catalysed a departmental review of inventory methods for open-cut coal mines in Queensland,” the government said.